Can a cyber-enhanced warrior and a ship's captain find love together?

Levia Endrado never wanted to be a warrior, but at seventeen she was deemed suitable for battle. After intense training and multiple enhancements, which gave her superior strength and healing ability, she was sent off to defeat the enemy—a killing machine with a mission.

When the war was over, she had to find a new life. At twenty-seven she's a washed-up veteran without a future. Or she was, until she met Sandon Daria.

Serving as a pilot aboard Sandon's spaceship the Golden Echo makes Levia long for a different and gentler life. But old hurts and even older enemies aren't so easily forgotten. Particularly when they come back for her.

Sandon is determined to show Levia that she's more than just a BioCybe…she's the woman who completes him. Getting close is just the first step, keeping her alive is an even bigger challenge, but one he's willing to take because the prize is their combined future.

Content Warning: This book contains a broken heroine, a sexy hero, and a happy ever after that'll melt even the hardest heart. 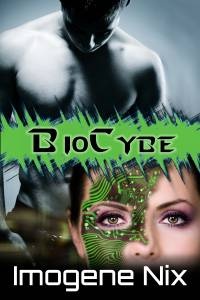 "…the emotional connection and great world building made me fall in love with this book. I really highly recommend it to all that love a great romance with some sci-fi in it." - Redz World Reviews

"So how do I replace you?" Sandon took another long draw of the ale, hoping it would dull the scratchy sensation that swelled in his chest.

"I heard that the war is over." Secombe cleared his throat and waited a beat.

Sandon jerked up out of the slump he'd dropped into. "What?"

"I heard they're signing an agreement. Not quite a truce, but the two factions are looking for common ground. A way to end this damned war." Secombe relaxed into the red leatherette covering the chair. "If that's so, you won't need me anymore. I hear the best pilots are already looking…"

Sandon shook his head. "Why the hell would I want some dried-up old warrior to pilot my ship? They'll only bring all their own problems and prejudices with them. No. I need you."

"I'm not staying past the first of the month. So, now that we've cleared that up, how about we start the process of looking for my replacement?" Secombe smiled, but it was brittle, as if the emotional distancing had already begun.

Frustration filled Sandon. It was so simple for Secombe to walk away. He had his family, his farm, and a future already mapped out. Sandon only had the ship and the crew; his parents had died a long time ago. The Golden Echo was his home, and those aboard it were his family. Secombe just expected to leave when he wanted, without thought for anyone else.

Anger and sadness welled, but Sandon shunted the emotions. "So, how do you…"

The door to the mess hall opened. Johnson, the cargo superintendent, ducked his head around the corner, his face conveying both confusion and caution. "Secombe? That pilot you invited aboard? Uhhh… The captain…uhh, person is here."

"Excellent." Secombe turned in Sandon's direction without a shadow of embarrassment. "Sandon, this pilot is the best of the best. Take a moment and see for yourself. Send the captain in, Johnson." Secombe smiled, as if pleased to have already found his replacement.

An itch took up residence in the back of Sandon's neck.

Johnson gazed at Secombe owlishly. "Are you sure?"

Secombe's eyes narrowed. "Send him in."

Johnson gulped, the sound loud in the sudden silence. "O-okay…" His discomfort radiated, and Sandon leaned forward, ready to meet the man Secombe considered an adequate replacement for himself.

When the door opened all the way, silence reigned. A woman stood on the other side of the door, her gaze set. Her body, still and tensed, was arrayed in the combat browns many of the fighter pilots had adopted. Sandon could feel the tension rolling off her from the distance between them.

She has green eyes. He couldn't control the thought. As his eyes scanned her body—toned, taut, and curved in all the right places—the liquid in his mouth dried.

"Captain Daria? I'm…" She blinked, and he wondered if the flash of insecurity he thought he'd seen had actually existed.

Probably not, he told himself. Why would a flyer feel any level of insecurity?

"I'm Levia Endrado. Pilot Secombe requested my presence." She held out a hand, in friendship or entreaty, he wasn't really sure.

Sandon turned in the direction of Secombe. "Well?"

Secombe opened his mouth then closed it again before shrugging. She obviously wasn't what he was expecting either. 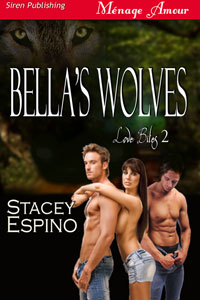 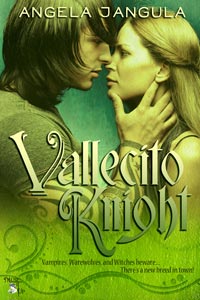