Gemma Mayfield feels like middle school is a lot to bite off and chew. School, ballet classes, and planning on how to get Trevor Davis to ask her to the Halloween Dance are a tough balancing act. On top of that, Gemma is convinced that her science teacher, Ms. Pruett, is a witch.

When things start getting fishy at school, Gemma knows that Ms. Pruett is behind it all! Students are getting spells placed on them and start to go missing. Gemma and her best friend, Izzie, vow to stop Ms. Pruett from doing any more damage. Will they be able to save Middleton Middle School from witchcraft? 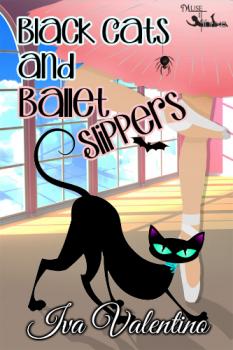 Okay, so something REALLY strange is going on. Boys are from a different planet, but right now a few of them at Middleton are acting like they’re from a different universe. (Wait. Does this make sense? Is there more than one universe? Ugh. Maybe I should have paid more attention last year in Astronomy.)

So, by the time I got to Ms. Pruett’s class, I had already worked myself into a super version of “I Don’t Wanna Go To Class Because I’m Creeped Out!” mode. I walked into the Science Laboratory, and I swear I felt the cold of Building 400 smack me right in the face. I’m not kidding.

Of course Ms. Pruett was at the door, acting like her sweet old lady self (ha ha, I know better), and was welcoming all the kids into the classroom. I just kept my head down and muttered a hello as I passed. Staying below the radar was the goal. Then I sat down at my lab table and shivered a bit.

Joey sat down at the table just a second later. Normally he is really loud and obnoxious, cracking jokes, and calling to the other Soccer Jocks across the room. Today he was quiet.

“Hey,” I said, trying to be friendly. I thought maybe we could commiserate on us both having spells cast on us. Joey responded with a “hey” but didn’t say much else. Hello? Was this the Joey I knew?

“So, Joey, are you feeling okay?” I asked. “You know, after yesterday…”

Joey didn’t say anything, but began writing on a piece of paper. He folded up the piece of paper and passed it to me. I gave him a questioning look. He gave me a weird look back that I couldn’t decipher. The note was as follows:

Sorry I gave you a hard time yesterday about the “Cute Boy” list. It was kind of rude of me.

That’s when it hit me that Joey hadn’t recovered from Ms. Pruett’s spell. For me it was just temporary, like a few minutes. But Joey was acting weird. It had to be the spell.

“Um, thanks,” I said. “Don’t worry about it.” I then started taking out all my school stuff so that I could look busy and not have any more awkward moments with Joey until he felt better. He was taking longer to recuperate.

After class I headed straight down toward the lunchroom. On the way there, I saw Trevor going in the opposite direction past me. Our conversation went like this:

Me: “Hi Trevor!” (with a big smile and enthusiasm)

I wondered where he was going, in the opposite direction from the lunch room when it was lunchtime. It took me another couple of moments to realize that the ONLY classroom in that part of campus was Ms. Pruett’s room. He was headed back toward Building 400!

Yikes! I turned myself around in mid-stride and turned back the way I came. I knew there was no way possible that Trevor would be going to Ms. Pruett’s. Why would anyone in their right mind be going there by themselves?

I didn’t want Trevor to think I was stalking him, because of course I would never do that. But just in case that’s what it appeared to be, I used as much stealth as possible. I walked in the shadows and stopped to peek out behind bushes and building walls. I saw him up ahead…just before he ENTERED MS. PRUETT’S CLASSROOM.

My mouth fell open, and I just sort of stared at the door for a while.

Weird things are going on here at Middleton. And I think Ms. Pruett’s behind it all!