Laurie is living a dull life as a diner waitress in a nowhere town in a Podunk state. She craves adventure and the exotic but is left to settle for small-town life and Sam, the truck driver. And then one day, Hank, a James Dean-handsome mysterious stranger with a full-body blue roses tattoo walks into the diner and sees Laurie as someone who needs his help. 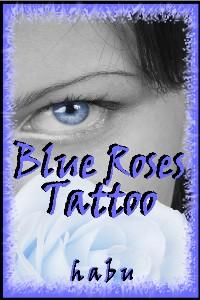 When Laurie walked out of the diner, she looked up, and there he was, leaning back on her car hood. He was smoking a cigarette again, and when he saw her, he gave her a saucy "you can't tell me to put it out now" look. That's not what made her jaw drop, though. What caused that was that he'd taken off his T-shirt, and she saw now that the tattoo pattern covering his torso was a cascade of faded blue roses, all tumbling down to the front edge of his low-rise jeans. She couldn't help having her first thought, which was wondering where the roses went from that point. This was immediately followed by a wet feeling between her legs. This was more good than Sam had done her in a month of fucking.

"Thought you might want to give me a ride," he said, and he flicked his cigarette out into the parking lot.

"Maybe that too," he said, and then he laughed.

Laurie trembled as she walked around the car, and she nearly dropped her keys fumbling her way into the driver's seat. This was where she should have told him to back off and left him biting her car's dust as she roared out of the parking lot. But she didn't do that. She just got into the car and sat there as he opened the passenger door and eased himself in beside her. This was already the most memorable day she'd had since Christmas of 1999.

"What?" And then he seemed to have misunderstood and leaned over and put his hand on her knee. "Any way you want it, Honey." And he gave her that look that made her question whether he was teasing or propositioning.

"Stop that! I mean where do you want me to take you? You asked for a ride. You must need to go someplace."

"Oh, just drive up toward route 22." But he didn't take his hand off her knee.

She put the car in gear and moved slowly and deliberately out of the parking lot. They weren't even up on the asphalt of the road before the young man had moved his hand to the hem of her skirt and gone underneath. Now his hand went to the inside of one of her soft, creamy thighs.

She slapped at his hand and sped up. The car was veering back and forth on the road.

"I'll crash us?" she lashed out at him. "You'll crash us. Move that hand. Right now." She squeezed her thighs together in a last-ditch defense against his advances.

"Sure thing, Baby," he answered. And then he laughed and moved his hand directly to where it was cupping her mound tightly over her panties.

Laurie let out a gasp, and her legs felt like jelly. They just collapsed on her and spread apart for him. He worked his fingers through a leg hole of her panties and entered her with a long, hard finger. She was beginning to flow, leaving no doubt that she wanted him. And he knew it. She was whimpering, and the car was slowing down now and creeping to the side of the road. She was scared and starting to hyperventilate, but whenever she glanced from the road to the man sitting close beside her and leaning into her, she saw those blue roses in motion. His muscles undulated from the rotation and motion of his finger inside her cunt and of his other fingers at her inner thighs. She just melted at the exoticness and unrealness of what was happening to her and the beauty of his motion.

"There's 22. Turn right and go about a mile," he directed her, as his second finger entered her and found and breached the hood of her clit. She moaned and dropped a hand to her lap. But rather than trying to pull his hand away, she held it there to her, close, through the thin moist cotton of her skirt.

The Mechanic
Vivian Vincent
In Shelf
$2.99 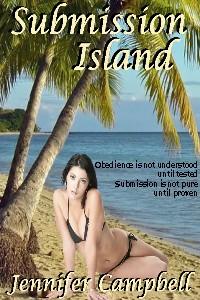 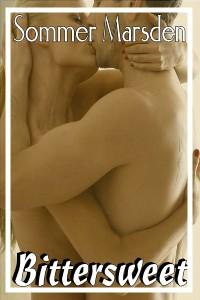