This science fantasy romp is not what it seems. Ostensibly a foray into the inner reaches of space, the characters take you for a spin into a digital existence that literally lights your fire. Then douses it, permanently. One jolly good romp in the hay and it is sayonara, baby. Police Detective Jim Smith chases the horny, high-charged devil down as it fries victim after victim. When he goes digital as a part of the chase, the conclusion looms, but with a twist that could not have been anticipated. Sweet dreams! Read and enjoy, but whatever else you do, do not hit the escape key… 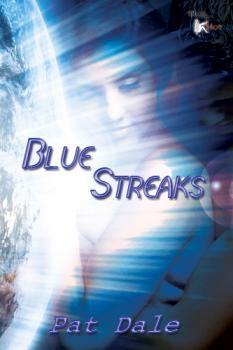 Phillips was beginning to see a common thread to the stories, but not with the clarity he needed. Concentrating on the details, he tapped the power switch. The screen stayed on.

He pressed the switch again with no result but he felt that strange electric charge. Phillips was irritated and uneasy as he looked for an alternative way to shut the damn thing down. Nothing he did worked so he tapped the escape key.

A strong pulse of current charged through his body. He watched in disbelief as his hands, arms, and finally his whole body blurred and faded into nothingness.

Ten minutes passed, then fifteen. Smith, who wasn’t known for patience, became annoyed that Phillips was taking so damn long. The young detective shouldn’t have taken it further without his approval, anyway. Telling himself they were only opening a can of worms, he hit the stairs to see what the hell the man was doing.

The door was shut but not locked. When he opened it and looked inside he saw the computer glowing, but no Bill Phillips. The screen was blank with the cursor flashing in the upper left corner. Bill’s notebook sat open on the table.

Jim read the last entries Bill had made and waited for him to return from the john or bring back a Coke from the breakroom. The lists of those who died in the other stories were underlined and circled, indicating locations. Jim felt a tingling sensation, something like he’d experienced in the motel room, but nothing definitive.

After another ten minutes, he was exasperated. Reaching to turn the computer off he hesitated when the screen came to life. A message appeared, the cursor flying across the screen. “Jim! Don’t turn me off! Don’t even touch that damn keyboard. I don’t know how to explain this but I think I’m inside the hard drive of this stupid thing. Bill P.”

Smith blinked, stunned beyond belief. Then his sense of humor kicked in. That damn Phillips was always playing some kind of practical joke and this must be another. He laughed and reached for the power switch.

“Don’t, Jim! Please! This is no joke! If you turn this thing off, I’ll probably die in here. I know what you’re thinking, but this is definitely not one of my jokes. Check it out if you need to. Go see if you can find me but please don’t let anyone touch the keyboard!”

Smith’s humor lapsed. He flew through the door, taking the stairs two at a time. Five minutes and ten queries later, he returned. Nobody had seen Phillips for an hour. When he looked back at the screen, there was a new message.

“Jim, this is wild! While I waited for you, I did some checking on my own. There are a couple dozen stories in here, mostly written by people other than Prank. This computer must be one that’s been handed from writer to writer. And I’m afraid we’ll find all of the stories are true and detail unsolved cases from all over California.”

Smith began to believe the impossible. After the Prank case, he couldn’t refuse to accept what was happening. He thought, If Bill’s in there, I’ve got to get him out.

The screen flashed, “Yes! That’s right, Jim. There has to be some way to get me out of this thing. It’s crazy, but I can read your mind from in here. Think of a color.”

“Suzie!” The screen lit up in thirty-six-point bold.

“Good. Now can you try to free me? I mean, being electronic is, well, electrifying. But when you thought of Suzie just then, I remembered something even more so! And I sure as hell can’t do it in here, even if I had Suzie with me. Too cramped for comfort if you get my drift.”

He said, “Good to see you still can tell jokes. How the hell did you get in there?”

“I don’t know. I got the info we needed, but when I hit the power switch, the damn thing wouldn’t shut down. After trying several times, I hit the escape key. Next thing I knew, a feeling of an electrical charge pulsed through me and wham! Here I am, floating around this microprocessor. I wish you could see in here. It’s like a huge space city.”

“Can you move around?”

“Not very well, at least, not in a physical sense. I think I’ve been assigned to one of the memory gates. It’s kind of humbling to think I could be reduced to a single byte.”

“If that’s so, how is it that you know about the details of the other stories?”

“It’s the same as how I can read your mind. I can’t move but I’m aware of all the other bits and bytes floating around me, including your brain waves. Man, if the captain could see what’s in your head, it would scare the shit out of him.”

“Yeah. But I need you to get me the hell out of here. This is beginning to scare the shit out of me and there’s no bathroom to wipe my ass.”

Jim decided not to touch that one. “Okay. Let’s see. Prank was also able to move in and out of the computer, according to his story. If you got in the damn thing, there’s got to be a way you can get out. Maybe if I hit the escape key again, you’ll come out.”

“No! Don’t touch that key! You might end up in here with me. Then we’d be really up the old mud creek without a paddle!”

“Well, let’s see. It probably wouldn’t do to hook up a printer. You might end up pressed flat or maybe just a smudge of ink.”