Great War hero, Captain Brooke, dies at the hotel where she works, Veronica Nash is certain someone murdered him. She investigates—and plunges into a dangerous case of deception, blackmail, and an unspeakable crime. 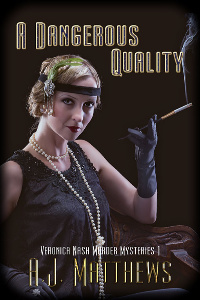 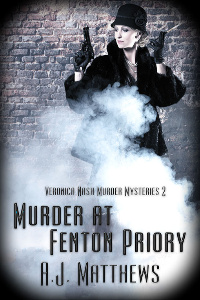 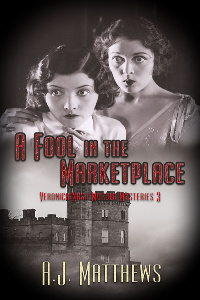 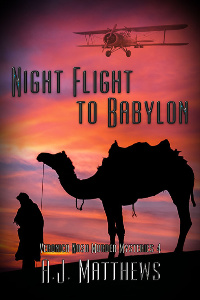 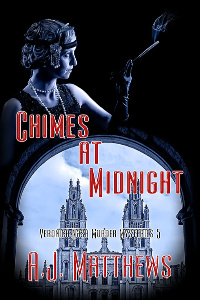 Veronica looked up from a batch of receipts to see one of Chesterton Hotel’s resident guests standing in front of her at the reception desk. She realized she’d been daydreaming about Sylvester Brooke again in spite of a pounding hangover and hadn’t seen the lady approach. Suppressing a sigh, Veronica forced her voice to sound cheerful and professional. “Of course, Mrs. Evans. How may I help you?”

Although the two of them stood alone at the desk, the elderly lady lowered her voice. “It’s the guest in the room next to mine. I woke up in the night to hear such cries and weeping—I thought a murder was being committed! Really, I know last night was Halloween, but it’s too much.”

“Oh dear.” Veronica reviewed her mental map of the hotel. “That would be room two-twenty-two.” A chill crept up her spine when she realized who occupied the room. “Captain Brooke.” Sylvester? But he was fine when we parted last night.

Mrs. Evans regarded her anxiously with eyes made filmy by age. “I don’t want to be a nuisance, Mrs. Nash, but I cannot possibly endure a sleepless night. My doctor is worried about my heart, you see.”

“I’m sure everything will be well. Please excuse me…”

She walked the few paces to the door of the management office, rapped on it, and entered. “Mr. Fielding?”

The hotel manager looked up from a ledger and blinked at her over half-moon glasses. “Yes, Mrs. Nash, what is it?”

“I'm afraid Mrs. Evans has raised a complaint against Captain Brooke, another guest. I may have to leave the desk for a few minutes to attend to the matter.”

“A complaint?” He frowned and swept his hand over his prominent widow’s peak. “I shall come and speak with her.”

Fielding emerged from the office on Veronica’s heels and took up station at the desk, exuding authority. Veronica stood to one side with her hands clasped before her, trying to keep her expression neutral. The hangover and concern for Sylvester combined to enhance her jaundiced view of the manager. Oh, Fielding does like to appear lord and master of all he surveys, like the butler of a great Victorian mansion. Twit.

Fielding smiled at the elderly woman. “Good morning, Mrs. Evans. I understand you’re having trouble with another guest.”

Fielding heard her complaint and patted her liver-spotted hand. “Of course, you’re not making a fuss. Don’t you worry. We’ll soon take care of the matter for you.” He rubbed his jaw. “I believe Captain Brooke is in two-twenty-two this week, Mrs. Nash?”

“Did you see the gentleman come down for breakfast this morning?”

Veronica looked across the lobby at the restaurant. It thronged with the breakfast crowd, but she already knew the answer, having watched for Brooke since she’d come on duty. “Now that you mention it, I didn’t.”

“I see. Perhaps you’d better pop along to the captain’s room and see if he’s all right.”

Veronica didn’t need telling twice. She headed for the lift at a brisk walk. A glance at her watch showed the time as nearing nine-thirty. The restaurant would soon stop serving breakfast. Her stomach rumbled even as her mind revolted at the thought of food. She suppressed a dyspeptic belch.

The lift attendant opened the liftgate for her. “Which floor, Mrs. Nash?”

He closed the gate and worked the lever, and the lift began to ascend.

Veronica cocked an eye at him. “Have you seen Captain Brooke this morning?”

“No.” He glowered. “I’d remember if he came down at any time. I’d rather stay out of his way.”

She touched William’s arm. “Try to be invisible if he does come by. Remember what I told you yesterday.”

He looked sulky but nodded.

The lift arrived on the second floor. Veronica stepped out and headed for 222, located around the corner at the rear of the building. The passageway was quiet in the early midweek morning. Several pairs of shoes and boots left by the hotel’s bootblack still stood outside several guest rooms showing some guests had not yet risen. Veronica’s footsteps made little sound on the thick carpet. The higher rooms at the back of the building were reserved exclusively for guests since they had a modest view of the River Wensum. Mrs. Evans resided in the north-east corner suite and had done for years by all accounts. She lived firmly entrenched in her rooms like a barnacle stuck to a rock.

Veronica reached 222 and hesitated a moment before knocking in case she could hear anything within. Silence greeted her ears. She knocked. When this failed to elicit a response, she knocked again. “Captain Brooke? Are you awake? It’s Mrs. Nash.” After a pause, she looked around. She stood alone in the corridor, so she knocked again, louder, and leaned close to the door panels. “Sylvester? It’s Veronica.”

Something moved out of the corner of her eye. Glancing down, she saw Mrs. Evans’ calico cat walking along the passage toward her as if it owned the place. Stooping she scratched behind the cat’s ears. “Hullo, Florence. Did you get out again?”

Florence condescended to rub against her legs before sniffing at the gap beneath the captain’s door. Her tail stuck straight out in an attitude of interest. Veronica stared at the creature, a feeling of great unease creeping up her spine. “Oh, gosh. Is something the matter?”

She fumbled the room key from her master set and tried it in the lock. It rattled against the escutcheon plate and slipped home. Veronica turned it, the heavy weight of the metal ring full of keys banging against her knuckles. “There’s no resistance,” she murmured. “The captain can’t have his key in the lock.”

She opened the door. A wave of stale air reeking of tobacco smoke, urine, and faeces gagged her. The room beyond was dark, the curtains closed. Her eyes watering from the stench, Veronica clapped her hand over her nose and mouth and switched on the light.

Captain Brooke hung suspended by a dressing gown cord from the central light fixture, the bright bulb burning against his neck. A chair lay tilted against the foot of the bed. Veronica stared at Brooke’s face, his once-handsome features suffused a livid puce with blood, his blackened tongue protruding from his lips. Brooke’s grey eyes bulged and seemed to stare right through her. Veronica’s heart jolted in her breast, the room reeled, then everything went dark.