A Flowers of Time short story.

It’s 1786. Edie and Jones are living in England, at Penel Orlieu. It's a peaceful, contented existence filled with painting, science, and each other. What could possibly go wrong? 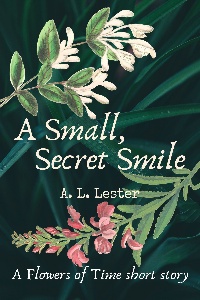 Jones looked up from her notes as Edie came to stand by her desk beside the tall library windows. She had been staring out at the winter sun falling across the park, pondering her next missive to Miss Herschel on the subject of comets and their trajectories.

“Hello, my dear,” Jones said, pushing the gold-wire frame of her spectacles back up her nose. They tended to slip down when she was distracted. “Have you finished?”

Edie slumped gracelessly into the low upholstered chair beside her, fidgeting. “Finally!” she said, pushing oily, paint-stained hands through her unruly hair and then wiping them on her apron absently as she realized they were still wet. “Probably. Definitely. Remind me how much I loathed doing this next time anyone suggests it to me, would you?”

Jones laughed. They had both known that Edie wasn’t suited to portraiture. Too much dealing with actual people rather than the plants and flowers she preferred. But it had been at the request of Jones’ highly-regarded Aunt Caroline, to whom they owed a great debt. Edie had been happy to oblige, even if she was grouching about it privately.

“Children don’t sit still,” she observed. “Not like flowers at all.”

Jones took off her glasses and folded them carefully on the blotter beside her, regarding Edie gravely in the late morning light. “Well quite, my dear. One would almost think they were two different creatures entirely.”

“Jones!” Edie sprang to her feet, laughing nervously. “Come on, come up and look. They’re part of your blasted tribe of cousins.”