Can their love overcome their disillusionment with marriage?

When Patric Delmonto, a wealthy Formula One driver, meets Staci Yates at a concert, he's intrigued by the beautiful woman. However, a brief flirtation is all he can indulge in. Although his disastrous marriage has been over for many years, he's still legally tied to his drug-addicted wife. Patric is challenged when the flirtation with Staci grows into something more, and he knows that the time has come for him to finally get a divorce.

Staci is a busy woman. She's the portrait artist for the gallery she once owned with her ex-husband, paints under the name of Anastasia, and is the guardian for her younger sister. She has no time for intimate involvements. But she finds Patric holds a strong attraction for her, and she accepts a commission to paint a portrait of him. Even the intense dislike she has for all things Italian—thanks to her failed, demeaning marriage to an Italian artist—isn't enough to stop her emerging feelings for this man.

Will their love be strong enough to overcome their past traumas? 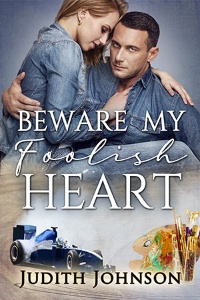 Staci stepped through the glass doors of the theater to meet a sea of dark-suited men, most of their partners dressed in sophisticated black, although there was a sprinkling of other colors. It reinforced that she would never own that little black dress. It was so common, no individuality. Not to be said for what she wore, her vibrant amber silk, which had made Cinda's eyebrows rise but without comment. Still, the black and topaz stole draped around her shoulders somewhat subdued the deep richness of amber.

She let her gaze sweep the milling crowd. Her eyes collided with the dark eyes of a tall, black-haired man staring at her. Their gazes clung for long, bewildering moments, the connection so disturbing she felt her breath catch, her cheeks flushing hot with embarrassment. Agitated she had allowed this to happen, she immediately chose to label his attention as criticism as his gaze swept her from head to toe. Impressive in his black tuxedo, he obviously thought she was being overt wearing a rather flamboyant color to this ritzy concert.

With a dismissive flick of her head, she hastily turned away, pleased to break the connection with his disconcerting gaze. She took a steadying breath, confused by the strange fluttering in the pit of her stomach.

Cinda grabbed her hand, giving it a hard tug to urge her toward the doors into the theater. "You don't want a drink," she declared.

Didn't she? She thought she did. It might stop the peculiar fluttering in her stomach.

"Come on. Let's go in right now so we can find our seats."

Patric took a glass from the tray being offered. As it touched his lips he realized what he had chosen. White wine?

He didn't drink white wine but accepted his mistake.

And would it be a mistake where his eyes were riveted?

She was a beam of burnished sunlight. Instantaneous lust gripped him so fast the sleek fit of his tailored trousers tightened across his groin. His response shocked him.

Having indulged his nephew Dominic to organize this one-off appearance of this touring symphony orchestra, look what it provided. A vision to pamper his world-weary eyes.

Dominic being part of the conservatorium's orchestra was the sole reason he had taken on this particular challenge of being the promoter. It was a world away from his usual promotions of World Motorcycle and Formula One racing events he was involved in; his international company in Italy manufactured motorcycles and cars that raced in those international events. So if criticism was leveled at him that his financial influence had bought this privilege for the conservatorium to perform the first part of the program, he could justify it. Dominic was his heir.

His sister Flavia's only offspring, young Dom would inherit all that carried the name of Patrizio Delmonto.

And here she was, sliding her arm through his, distracting him from where his eyes had been taking their fill.

"Thank you, darling Patrizio, for giving Dominic this opportunity."

Patric smiled at his sister's use of his Italian name. Apparently, it took more than being married to an Australian, and living here for over twenty years, to have their Italian heritage ignored.

"White wine? You never." Flavia looked at her brother in surprise.

"A moment's distraction." He bent to touch his lips to her forehead and thrust his hand out in welcome to his brother-in-law, Tom Savill, glancing in the direction of where the woman had entered the foyer. She had gone. Knowing he would have no trouble in locating the entrancing vision again, he gave his attention to his sister. 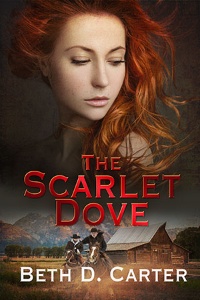 More Than A Kiss
Theresa Stillwagon
In Shelf
$4.99
Tweets by
sirenbookstrand