Bowen looked at the clock on the dash as he entered his hometown city limits. The wedding was about to start, and he was going to be late. He’d wanted to get at least cleaned up a little before showing up. His hand rasped against the whiskers on his chin. It had been two days since he’d last shaved. The T-shirt he wore was wrinkled and probably smelled since he hadn’t done laundry in over a week.

He’d woken two days ago, realizing he couldn’t let her go through with it. The logical part of his brain said he should stay gone, let Dex and Lorelei go on with their lives, have their happily-ever-after. But then those damn emotions, the ones he always shoved down deep, had reared their head, demanding that he do something before he lost the woman he loved forever.

For two months he’d stayed faithful to Lorelei, hoping she was doing the same. Then he’d talked to Dex and heard the happiness in  his brother’s voice. He’d joked and said Dex must have met a woman. His brother had dealt the killing blow that he’d been spending time with Lorelei and that he still loved her. Bowen had gone out that night and gotten shitfaced. It had been oh so tempting to tell his commanding officers to fuck off and go AWOL just to be with Lorelei again, beg her to wait for him. Giving her the freedom to be with someone else had been the dumbest thing he’d ever done.

When Dex had told him of his engagement to Lorelei, Bowen had decided he wouldn’t return home when his service was up. He’d gotten out of the Marine Corps months ago and had hit the road. He’d bought a truck and just traveled from one town to another, losing himself in a different woman a night. It hadn’t worked though. When he closed his eyes, it was still Lorelei’s face he saw, her body he felt pressed against his. He’d often wake and think he smelled her perfume in the air. Knowing she was about to say vows, to bind herself to his brother forever, had left him shaken but determined.

They’d had only one night together, but he’d known there was something between them. There was a connection he’d never felt with another woman and knew he never would. Lorelei was it for him. If he couldn’t have her, if she denied him, he didn’t know what he’d do. Probably hit the road again. He didn’t think he could stand to see her with Dex all the time, sit back and watch them have kids. The envy and jealousy would eat him alive.

He whipped into a parking space in front of the small church and jumped out of the truck, slamming his door and practically running toward the double doors, his dog tags jangling against his chest. Even though he was finished with the Corps, he wasn’t quite ready to let go. The dog tags were part of who he was. He burst through the entrance, and his heart nearly seized as he saw Lorelei at the front in her ivory dress, her hands clasped in his brother’s. He started down the aisle, and their attention focused on him. When he didn’t slide into a seat, he saw the nervousness in his brother’s eyes. The bastard had a right to be nervous, trying to steal his woman.

A small spot of pink began hurtling toward him, a child he hadn’t noticed, her sable curls bouncing with each step. He froze, not knowing what to expect. Did Dex and Lorelei already have a child together? His brother had never mentioned a daughter.

“Daddy!” the child cried, throwing herself at him. His reflexes being better than most people’s, he easily caught her, pulling her into his arms.

There were murmurs in the church as everyone stared at him. Almost as if they knew something he didn’t. As he studied her face, he realized he was staring at a miniature version of himself. His heart kicked, and the world narrowed. He had a daughter? Why hadn’t Lorelei said something? Why hadn’t his brother? Their deception cut him to the quick. He returned his gaze to the couple at the front of the church.

“I object to this wedding.”

The murmurs grew to a dull roar as everyone had something to say at once. He heard the different voices, everyone expressing their outrage and shock over his interruption. Lorelei looked scared, her eyes wide with fright as her gaze darted from him to their daughter and back again. She damn well had a right to be scared, keeping something like this from him! Because of her omission, he’d missed years of his daughter’s life. If she’d only told him, he’d have returned to her, taken leave and asked her to marry him. He’d have done the right thing by her.

“Oh, you will, sweetheart. But first, you’re going to change out of that dress.”

His daughter patted his cheek. “Daddy, why’d you take so long to come see me?”

He mustered a smile for her. “I’m sorry, honey. I’m here now, though, and Daddy isn’t going anywhere.”

He kissed her long and deep, his tongue gliding along hers. Lorelei’s heart raced at the thought of being intimate with him again. It had been so long since she’d felt his hands on her skin. He’d taken her to heaven that night. With trembling fingers, she unfastened the button on his jeans and slid his zipper down. Her hand slid over his boxer briefs and cupped his hard shaft. There was a damp spot on the material telling her just how much he wanted her.

“Bowen,” she said against his lips. “Make love to me.”

He took a step back, his chest heaving and his eyes blazing with passion. He shoved his jeans and boxer briefs down his legs. Lorelei couldn’t stop her gasp as she looked him over. He’d been impressive before, but now he left her breathless. She pulled her sundress over her head, kicked off her shoes, and reached for the clasp on her bra. He watched her every move as she stripped the rest of her clothes off and stood before him bare.

“I want to take things slow,” he said. “I want everything to be perfect. But I don’t know that I can. I’ve wanted you for too damn long.”

“Then take me,” she said, reaching for him.

He paused a moment. “I’m clean, and I’ve never been with a woman without protection except you.”

“I’m taking you bare,” he said with a hint of growl to his voice. “You’re mine. You’ve always been mine.”

Bowen pulled her into his arms, and they toppled to the bed. Lorelei parted her legs, welcoming the weight of his body over hers. She felt his cock brush against her, and a shiver of anticipation raced down her spine. Bowen explored her body, taking his time to taste every inch of her. His lips closed around the tip of her breast, sucking long and hard on the rosy peak. Her nails raked his back as sparks of pleasure shot from her breast to her clit.

Bowen nipped her jaw before kissing her again. “I will give you anything you want. All you have to do is ask for it.”

“Here?” he asked, placing a kiss on her breast.

“Here?” His fingers slid along her wet pussy.

Bowen kissed his way down her body and used his shoulders to spread her legs wide. His finger traced the lips of her pussy as his heated gaze bore into hers.

“When did you start shaving down here?”

“I started waxing shortly after you left, but I gave it up when I realized you weren’t coming back. I didn’t start back until the other day.”

She could do little but whimper as he placed his mouth on her, his lips and tongue teasing her sensitive skin. Her clit throbbed and ached with a need she hadn’t felt since the last time they were together. Bowen parted her lips, and his tongue flicked against the little nub, making her cry out in pleasure.

Bowen licked, sucked, and teased until she was riding the edge of an orgasm. Her body was tense, and she was near mindless with pleasure. He sucked her clit into his mouth and lashed it with his tongue, sending her over the edge.

“Bowen!” she cried out, her body arching off the bed from the force of her release.

As she lay panting and blinking the stars from her eyes, he settled over her body. With one sure thrust, he entered her, filling her completely. Lorelei wrapped her legs around his waist as her nails bit into his shoulders. Every thrust sent waves of pleasure rolling over her.

“You like me claiming this pussy, don’t you?” he asked.

He kissed the side of her neck before his lips met hers again. “What do you want, Lorelei?”

“You want me to come in this sweet pussy?”

“I want you to come in my pussy,” she said, her cheeks burning.

“I’m going to fill you up so good,” he promised as he quickened his pace.

He stilled against her and kissed her slowly. “I didn’t hurt you, did I?”

She smiled, her eyes misting with tears. “I love you, too.”

“We’re going to rest a moment, and then I’m taking you again. By the time we leave here, you won’t be able to walk without remembering what took place in this bed.” 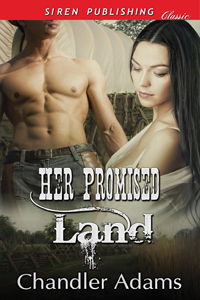 Sons of Justice 4: Her Beasts of Burden (MFMMM)
Dixie Lynn Dwyer
In Shelf
$5.50

Be My Manny (MM)
Jane Perky
In Shelf
$3.50
Tweets by
sirenbookstrand