When Max is asked to guard a sexy dark mage, he just knows it isn't going to end well.

Max is a light mage who likes his own company and living alone in his ramshackle cottage.

The prisoner reeks of disgusting dark magic, is hot as hell and a sarky pain in the ass.

He’s also dangerously full of magic. Max needs to empty him and the only way to do that is through sex. Simple enough. No need for emotions to get involved.

Atticus is used to being passed around. He’s not used to the way Max looks at him. It’s annoying and stirs feelings in him. He will just have to escape as soon as possible by any means necessary.

There is no way he is going to catch feelings.

There are only two things Max and Atticus agree on. Love at first sight is not real and enemies to lovers is not a thing.

Max stepped up to walk beside Atticus instead of behind him, so he could lead the way to the supermarket. Atti seemed to be examining the town and its layout intently. Apprehension suddenly weighed low and heavy as a brick in Max’s stomach. Surely, Atti wasn’t going to try anything, was he? Max found himself doubting. He had assumed that, like all magic wielders and paranormal folk, that the dark mage would never involve mundanes in anything. It had taken four hundred years to fully convince the mundanes that magic and things that go bump in the night were not real, just figments of their imaginations. Nobody, absolutely nobody, wanted to return to living in fear and being burned at the stake.

So, Atticus would not involve them in any escape attempt. Would he?

The dark mage glanced at him briefly, eyes bright but completely unreadable, before striding into the supermarket. Max glared at his back and grabbed a shopping cart before following, like some sort of servant.

Atti stood calmly in the first aisle, waiting for him. Appearing content to gaze at the vegetables. Max watched him shrewdly for a while, but the dark mage just ambled along, idly looking at the shelves, seeming quite content to just let Max shop.

Still not entirely reassured, Max decided to concentrate on grabbing what they needed and getting the hell out of there as soon as possible.

A few aisles later and Atti causally lobbed a bottle of expensive hair conditioner into the trolley. Max raised an eyebrow but didn’t say anything. A toothbrush and hairbrush quickly followed. Max sighed and thought they were perfectly reasonable additions and felt guilty that he hadn’t at least thought of the toothbrush. He really was useless at taking care of someone.

He scanned over the groceries in the shopping cart, recalculating if it was enough for two people for a while and thought about maybe getting something nicer than porridge and pasta.

A large tub of something was thrown into the trolley, landing with a crash that made Max jump. He saw it was a very large tub of lube and glanced up to glare angrily at Atti, who just grinned back, eyes glinting mischievously before he gave a truly dirty wink and turned back to looking at the shelves.

Max was completely taken back by that wink. It had done strange things to his insides and stirred a low heat in his cock. Struggling to form a coherent thought, he belatedly realized that Atti was looking at a selection of condoms.

Atti shook his head sadly, tossing his dark hair before saying very loudly, "Why are they always out of your extra small size, darling?"

Several people turned to look at them.

Atti just grinned again before turning back to the shelf.

"So stupid that they are all called extra-large, such vanity," he commented calmly before chucking a large packet in the cart and walking off.

Max frowned. "But…" he began before giving up. In public wasn’t the place for discussions about the healing powers of magic.

As they approached the checkouts, Atti’s demeanor completely changed. He dropped his head and hunched his shoulders. He practically emitted fear. Max looked around frantically for whatever it was Atti had seen. He cast out with his magic, but there was nothing.

What the hell is the little shit up to now? Max wondered grimly.

"Go to the end of the check-out," he snapped at Atti and emphasized with a shove. Atti meekly obeyed. The checkout lady gave Max an unimpressed look but said nothing. Max stifled his growl and started to empty the contents of the cart onto the belt. He grasped his mistake then. Atti couldn’t exactly pack with his tied hands hidden under the old jacket, and it looked a bit odd him just standing there waiting. But he looked so timid and scared and was even biting his bottom lip nervously now. The lack of packing didn’t look too strange.

But then Atti moved his hands as if going to start to pack, and the chain made a clunking sound and he hastily dropped his hands again. The checkout lady paused mid scan and glanced at both of them, puzzlement and suspicion clear on her worn face. With a shake of her head, she resumed her scanning.

Max scowled. The chain hadn’t rattled once during their whole trip. The dark mage had done it on purpose. Max vowed to beat the crap out of Atticus as soon as he got the chance. This was ridiculous and dangerous.

Before Max knew what was happening, Atti was kissing him.

He tasted of warmth, life, and hope. Everything good and everything he had been yearning for his whole existence without realizing it. He tasted of home and belonging. Of being wanted, of being seen. And the sense of relief, the feeling of finally finding everything that had been missing and finally understanding why everything before had been so wrong, was overwhelming.

Without conscious thought, Max turned and walked toward the shore, out of the water. Laying Atti gently down on the sleeping bag beside the fire. All without breaking the hungry kiss.

He ran his hands all over Atti’s glorious body, and out of the freezing water, it didn’t take long for his cock to harden, to ache with a far more demanding need than Max had ever felt before. Max broke away from the kiss, replacing his tongue with two fingers. Atti sucked them, eyes locked on to Max’s, dark and wide with lust and need. Max moaned and reluctantly withdrew his fingers from Atti’s heat, taking the wetness down to between his lover’s legs. He swirled over the sensitive hole, and Atti moaned his need. Encouraged, Max pushed one finger gently in. Atti arched his back clawing at Max’s. Max nearly came there and then and only just managed to stop himself. He added a second finger, glorying in the feel of Atti’s hot tight heat as the young man writhed at his touch.

Max couldn’t wait any longer. He withdrew his fingers, but suddenly, with surprising strength, Atti flipped them and he found himself on his back with Atti straddling him.

Max looked up at Atti, haloed by his dark hair and a thousand stars, and discovered that this moment was perfect. From the soft warm breeze that caressed his face to the smells it carried of night and grass and trees. From the scent of exciting, far-away adventures, water, and the ancient timelessness of the wild to the insects chirping and the gentle kiss of the lake upon the pebbled shore.

Slowly, so slowly it was almost torture, Atti lowered himself onto Max’s aching cock. Engulfing him in hot tight need while his eyes never left Max’s, as if taking him with his soul as well as his body.

Then Atti was riding him, consuming him. Eyes wide and dark with lust and starlight. The brush of his soft hot skin as he rhythmically swayed against him, enveloping his cock in velvet tight heat and friction. Max had never felt more alive. Atti was hot and tight and everything he had ever wanted. 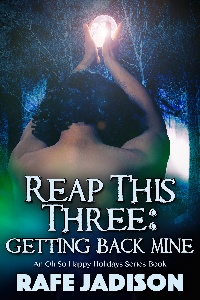 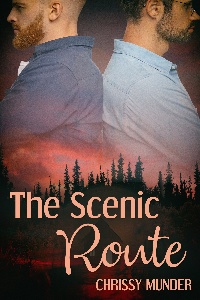 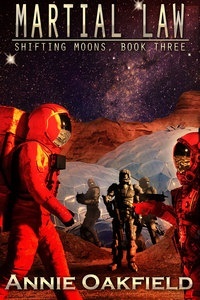