New vampire prince Damian Drakon figures he has many years before he finds his mate, and he is enjoying life to the fullest. Fate has other plans for him. A chance encounter in an airport and his need to help someone in need have him meeting Raven, his mate.

Raven Gallagher keeps his distance from everyone, believing that everyone he ever loves will be taken from him. He has issues with trust. When he meets Damian he worries he’s just one of many.

Damian swears Raven is his “only one” and they commit to each other fully. When Raven is kidnapped and presumed dead, Damian loses the will to live.

Oliver Decoteau is a warrior searching for the prince’s mate. He claims Damian and Raven are his mates, but Damian doesn’t believe him and pushes him away.

Can Oliver rescue Raven and prove that he belongs to them, or will their journey end in loneliness for them all?

They were sitting around chatting when Raven’s cell phone rang. He stood and moved away from the group as he answered it. Damian couldn’t hear the other end of the conversation, but could tell something was wrong when Raven’s face drained of color and he all but fell into a chair in the corner, covering his face with his free hand. “Yes, sir, I heard you. What happened?”

He listened for a while before responding. “Yes, I understand. How long? No, I’m not in Boston. I’m outside of Danvers.” He nodded his head even though the person on the other end couldn’t see him. “Yes, sir, I’ll be there in a few hours. Yes, sir, I will tell him. Do you need him, too?”

Everyone in the room silently watched him talk into the phone. “Yes, sir, I will ask, but I’m sure he will agree. We’ll see you soon. Good-bye.”

Damian stood when Raven walked back over to him. “I have to go. Something has happened and I’m needed back on base for a mission.”

He turned to Justin. “Brian has been killed. Jose, David, and Elwin are missing, presumed captured. James and Martin are injured but home and will be okay. Sergeant Major is putting together a team to go in and rescue them and has asked me to lead them. He would like you to come too if you’re interested.”

Justin jumped to his feet. “Of course. When do we leave? Where do we have to go?”

“Sergeant Major just arranged for a Coast Guard helicopter to fly us to New York from a nearby airport. We’re expected at Fort Drum in a few hours. Go pack up your gear and I’ll meet you back here in a half an hour.”

Damian was seething with anger. He couldn’t believe his mate would just walk out the door and put himself in danger without even thinking of his feelings. He wanted to reach out and grasp Raven’s arm, but held back because he wasn’t sure he could control his anger at the moment and didn’t want to hurt him. He ground his molars together. “Can I talk to you in private for a minute?”

“Sure, can we do it while I pack? I have to get going. The helicopter is waiting for us.”

He followed Raven to their room, slamming the door closed with a thud. “What the hell do you think you’re doing?” he growled as Raven went into the closet and pulled out a duffel bag Damian knew carried body armor and weapons and a backpack.

“No, I mean where the fuck do you think you are going?”

Raven stopped stuffing clothing into the backpack, stood to his full height and turned around slowly. “Excuse me?”

“What are you going to do, keep me prisoner here?”

“Be reasonable. You knew I was a soldier when we met.”

“I knew you were a retiredsoldier. You’re not going. Call that guy back and tell him you and Justin can’t go.”

Raven silently stalked closer to Damian until they were chest to chest. “You are my mate, Damian, not my father. You can’t tell me where I can and cannot go. I have to do this.”

“Because that is my team that is missing. When we retired I left Jose in charge, followed by Brian. Now Brian is dead and Jose is missing. I don’t know the other two that are missing because they transferred in after we left, but I’m sure if they were part of Jose’s team they are good men and deserve the best to come to their rescue.”

“There have to be other soldiers that can be sent.”

“None as good as Justin and me.”

“Not at all. This is what I do, Damian. This is who I am. What do you expect me to do, sit around all day and be waited on?”

“Yes, that’s exactly what I expect. You are my mate. You aren’t supposed to be going off to gods only know where and risking your life.”

Damian tensed when Raven’s hands landed on his shoulders. “Damian, you know I can take care of myself, and now that Justin is vampire, too, we will be even safer. What is the real problem here?”

“I just don’t want to lose you. Everyone I have ever loved in my life has been taken from me and I know I wouldn’t survive losing you.”

“Nor I, my love. I don’t want to be away from you for one second, but you and I both know that I need to do this.”

“I’ll be home before you know it and when I return we’ll take a vacation all by ourselves to make up for the one you missed with your family. Or we can take Kassie somewhere. Maybe Disney World, or something.”

“I think she would like that. Now let’s get you packed with everything you need to keep you safe and bring you home to me.”

Damian helped him pack and drove him and Justin to the airport. Saying good-bye to his mate as he boarded the Coast Guard helicopter was the hardest thing he had ever done. It was even harder than the day he had buried his parents.

He watched Kassie pull out several travel games and set one up on the tray table near his seat. They spent several hours playing games. She won every time. Probably because he and Damian couldn’t keep their concentration off each other long enough to pay attention. He wanted to touch his mate so badly but didn’t dare in front of the little girl.

“Okay,” she said as she collected her games and headed toward Adrian.

“So what do you want to talk about, mate?” Raven asked him, hoping he had more than talking in mind.

“Well, I actually had something else in mind but it’s a little too crowded in here for that. I have an idea but I’m not sure if it’s going to work.”

“I’m sure we can make any idea you have work if we both want it bad enough.” He hoped Damian was thinking the same thing as he was.

Damian unhooked his seatbelt and stood, holding his hand out to him. Rave placed his hand into his and let him pull him from his seat and lead him toward the bathroom in the front of the plane. He heard someone chuckle as they walked by, but couldn’t make himself care. It wasn’t the ideal place, but it would have to work. They still had about four hours of the flight left and Raven was going crazy being so close to his mate and not being able to touch him. They squeezed in and barely got the door shut and locked before Damian was taking his lips in a bruising kiss.

Damian sat on the closed toilet seat and started opening Raven’s button fly jeans. When the final button slipped open and his cock sprung free he let out a sigh of relief. He had been hard since the natural bergamot and ginger scent of Damian hit his nose. The scent reminded him of the summer, which made sense because Damian was quickly becoming the sun he orbited around. He threw his head back, hitting the bathroom door with a ka-thunk when Damian sucked his cock down to the root. Damian sucked, licked, and swallowed him down as he tried to push his pants down farther. When they were around his ankles he spread his legs as far as they would go. Damian rolled his balls in his palm before pushing between his legs, rimming his hole with slick fingers. He briefly wondered where the lube had come from and started to get jealous that Damian had planned ahead enough to bring lube on vacation with him. He obviously planned on fucking someone while he was in Greece, but there was no way he knew he was going to find his mate. He was worried Damian was a player and wouldn’t be faithful to him. He knew no matter how much he wanted his mate he would never share him with anyone. Placing his hand on the top of Damian’s head, he stilled his mate’s movements. Damian looked up at him puzzled. “Can you promise me something, Damian?”

“Anything, Rave. Anything you want I will provide you.”

Damian closed his eyes and smiled. When he opened them again the tears worried Raven. He thought maybe Damian didn’t want to give up other men for him until he said, “Just you Rave. You’re the only one I will ever want for the rest of my days. There will be no one else. You are my mate. The most important person in the world to me.My world. There will never be another for me. This I promise you.”

“We can wait for this if you want. I don’t want to rush you into anything.”

“Gods no. I want you, Damian. I want this. I want us. Please, if we wait any longer I might explode. I’ve been hard as a rock since I first laid eyes on you. Please take me. Make me yours forever.”

“My pleasure,” Damian said as he swallowed him down again.

It didn’t take long for Damian to stretch his ass with three fingers. When he stroked against his sweet spot and tightened his throat muscle around the tip of his cock he had to bite down on his forearm to keep from screaming as Damian drank down his release. Damian licked him clean and stood taking his arm and licking closed the wounds he had created with his fangs. Damian took his mouth again and the mixture of his own seed and blood had his cock throbbing again.

They were barely able to change places while they devoured each other’s mouths and Damian freed his cock from his jeans. Damian stopped him when he tried to sit by saying, “There will be plenty of time for that. I need to be inside your ass now. I need to claim you. My mate.”

Raven nodded and turned around. Leaning both knees against the front of the toilet and his hands on the wall above it he bent as much as the confined space would allow.

He felt the tip of Damian’s cock nudge his opening and tried to relax. 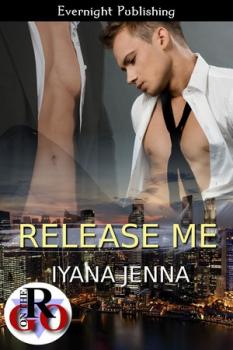