Laura reread the letter for what had to be the fiftieth time, and she still had trouble understanding it. She’d always believed her father had died just before her birth, yet this letter from a solicitor in Sydney told her different. It said she was the sole beneficiary to her late father’s estate, and that he had died just three weeks ago. It just made no sense.

Whenever she’d asked about her father while growing up, her mother would only say he had died before she was born. She never gave Laura any other information. When she was older and pressed her mother for more details, she would clam up and angrily tell Laura there was nothing more to tell. She’d always seemed distant to Laura, she thought she loved her, but she was cold and rarely laughed, certainly not a loving affectionate mother.

Then her mother, Judy, had died less than twelve months ago, when Laura was fifty-four. Judy was eighty-six and died from a heart attack. It was then Laura discovered her mother’s birth certificate. She’d always assumed her parents had married, but obviously they hadn’t, because it showed she had been born, and died, a Keell.

Among the other papers she found her own birth certificate. Its discovery rocked her to the core. The birth certificate had the name Stuart McClain in the section for father’s name, but more upsetting was the name for her mother—Elizabeth Regis. All she could feel was betrayal. Digging deeper into the box of papers, she discovered her adoption certificate.

Who were Elizabeth and Stuart? Why had her adopted mother never told her? Was her life just some web of lies? Was that the reason for her mother’s coldness?

Laura stared out the window of the train and shook her head. Some days she felt as if life had treated her callously.

She’d never married. Years ago, she’d been engaged, and she’d believed she loved Colin with a passion. Then, much to her adopted mother’s displeasure, at twenty-six, she’d sold her tiny flat and moved in with him. Judy had never liked Colin and showed it. But she and Colin had lived happily together for three years, making plans for their future. They talked about having children, and because Laura was twenty-nine, decided not to wait any longer before starting a family. Planning for their wedding and trying to get pregnant almost consumed Laura, but Colin was always there for her. But sadly, no matter how they tried, Laura just didn’t get pregnant. Twelve months later, just five weeks before her wedding, they got devastating news—Laura couldn’t have children.

A specialist talked them both through the medical side of things and reassured them both that nothing would prevent them from adopting. He’d told them both that IVF wasn’t really an option because of Laura’s medical history. She’d had a botched surgery for severe Endometriosis when in her late teens. At the time, neither her doctor nor her mother had mentioned freezing her eggs for later use. Now it was too late. Then thirty-two, Laura felt her world cave in. But the worst was yet to come.

Colin couldn’t accept they would have no natural children together and called off the wedding. Two weeks later, he’d moved out, telling Laura she could stay in the flat for three months and then he would sell it.

Laura had very little money left from when she’d sold her own flat. She’d had to pay off her mortgage, and what was left was nowhere near enough for a deposit to buy another. Anyway, those savings had been eaten away at over the past few years. Her share from the sale of the joint flat was a pittance. Instead, she moved back with her mother into the flat Judy rented until Laura could save enough to buy another place. It took five years of working before she finally had enough money to move out again.

This time she bought a small unit, two bedrooms and a kitchen-dining room with a tiny bathroom, within walking distance of her job. Since then, her life consisted of working and trying to make ends meet. She worked as a bookkeeper for a large firm, and had worked her way up to become the senior bookkeeper. There were several accountants in the company and she became their chief assistant. The next few years had been easier as her pay increased. Unfortunately, about five years ago, things at work became stressful. The company employed a new man as her direct boss and head accountant. He was a tyrant who disliked her passionately. Actually, he didn’t like any working women and, on top of that, he always made mistakes that he blamed on her or the other bookkeepers. She’d taken to double checking the work and fixing his errors rather than face his wrath.

Then when her adopted mother died, she inherited her meagre savings, which allowed Laura to pay off the mortgage.

Now out of the blue she discovered the man who she’d always believed dead had left her his estate. Travelling into the city, Laura wondered how he knew about her and what the inheritance would mean.

Would it change her life, her future?

Probably not, callously she just hoped it would be a few dollars, enough to ensure her retirement wouldn’t be too much of a struggle.

The train finally pulled into Central railway station. Laura pulled her warm black jacket over her cream top, slung her tote over her shoulder, and stepped from the train. After getting a taxi from the station to drop her outside a large building in the centre of Sydney’s business district, Laura checked the tenants’ board, confirming the solicitors she needed were on the third floor. Rather than use the lifts trying to get some exercise, Laura opened the exit door and began climbing the stairs to the third floor, her heart pounding in wonder what the meeting would mean for her.

As she reached the third floor and went to open the door with her left hand, it was suddenly slammed open, knocking her backward. Somehow, she managed to grab the doorknob as she fell, saving her from a dangerous tumble down the long steep flight of stairs.

“I think you should paint my toenails.”

Tobias felt surprised. He was expecting her to ask him to go out somewhere.

“If that’s what my lady desires.”

She wriggled from his embrace and told him to go sit on the lounge while she went to get some polish. A few minutes later she was back.

“I think you need to sit on the ottoman so I can put my foot on your knee.”

She gave him the nail polish. Tobias stood and pulled the ottoman to the front of the chair Laura was standing in front of, he went to sit but Laura held out a hand.

“Wait. Before you sit down, you have to take off all your clothes.”

“Oh yes,” she said smugly nodding her head up and down a few times.

He put the polish down with a grin and took off his shoes and socks, then stripped off. He hoped Laura didn’t mind seeing his dick erect because as soon as he’d arrived it had started getting hard, and when she’d told him to strip, it went the whole hog. He looked at her, as she licked her lips and looked at his cock.

He sat, picking up the polish. It felt strange to be naked with a roaring erection, but then Laura swept off her dress and stood before him wearing a lacy beige bra and tiny matching panties. He couldn’t help but groan loudly, all those beautiful curves partly covered with just a few wisps of lace.

She just gave him a smirk and sat down. Lifting one foot, she dropped it onto his leg.

With shaking hands, he opened the bottle and took her foot in one hand. Clumsily, he began to apply the colour—bright red—to her nails. He looked over at her. She’d laid her head back against the back of the chair, eyes closed and was rubbing one hand up and down slowly from her neck to her belly button.

His hands shook so much, the paint was going to end up everywhere but on her toenails. He dropped his eyes back to her foot.

“Toby,” her voice was slow, sensual as he looked up entranced with her.

She had one hand between her breast and the lacy fabric of her bra, the other was sliding down toward the hidden nest between her legs. He gulped.

“Paint them nicely. I don’t want them messy.”

He couldn’t answer as he watched that hand dip between her panties and skin. He just nodded, but couldn’t take his eyes off her. She lifted her other leg and put her foot on the cushioned seat.

Somehow Tobias tore his eyes away from the vision in front of him and managed to dab paint on another two nails. He heard a soft sigh and risked a glance. He couldn’t help the moan that escaped. Laura was rubbing her clit, she’d use one hand to move the crotch of her panties aside and he could see her fingers rubbing, could see the glistening cream gathering on her fingers.

Fuck! How can I paint her bloody nails when she’s fucking herself in front of me?

She lifted her fingers, her juices coating them, leaned forward and held them out to him.

“Lick them clean for me.”

He drew one, then two, then three into his mouth, using his tongue to lick them. She left them in his mouth a moment then pulled them free and glanced down at her foot.

“Tsk, tsk. Not finished yet? I can’t understand why.”

She leaned forward and unclasped her bra, letting it slide down her arms then dropping to the side of the chair. She put a hand under each full breast and pinched her nipples between her thumbs and forefingers.

Somehow Toby managed to complete his task. His erection was so painful and he tried to keep his eyes off Laura, but he was fighting a losing battle. He rubbed his hand up her leg and let her put her foot on the ground.

“Ready for the other foot?”

She stood and slid off the panties, then sat again. She put the other foot on the ottoman and draped the panties over it.

“Feel how wet they are.”

Tobias picked them up. They were soaking and he wondered how long she could keep this up. He was in agony in more ways than one.

He nodded, unable to speak. Dropping his head, he tried hard to concentrate on her foot but her little moans and groans distracted him. Finally, he reached the last toe and risked a glance. She was rubbing a finger up and down her soaking slit while she tweaked and pulled at one nipple.

My God she’s a tease!

She knew exactly how to push his buttons, how to keep him on the edge of heaven.

He quickly finished the toe then screwed the cap onto the bottle. He looked at Laura, her eyes were laughing and she had the sexiest look on her face. Lying there naked, her nipples erect. Her tasty juices glistening on the top of her legs. What will she ask for next?

He nodded. She lifted her leg and looked critically at her toes. Tobias could only groan at the sight of her gleaming wet cunt as she dropped her foot to lay on his shoulder, her other leg spread wide. He could smell her. Smell the delicious aroma of her arousal and he felt his cock jerk in response. 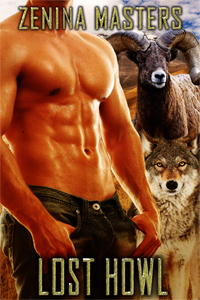