For the First Time (MM) 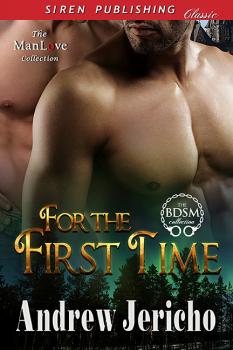 For the First Time (MM)

A ray of sunshine streamed through a crack in the curtains. Yousef reveled in Douglas’s warmth. Lying between the man’s legs, Yousef’s face was pressed against Douglas’s chest. Lazy fingertips slipped up and down Yousef’s back. Douglas was awake, too. Yousef moved closer into the man’s embrace.

Yousef kept silent. He didn’t want the moment to end. Denial was easier than facing the truth. Losing himself in Douglas’s touch meant he was somehow connected to Zander.

“As much as we’d like to lie in each other’s arms, we must talk. Not here in bed, but downstairs. I can make some breakfast.”

“Douglas?” The desperation in Yousef’s voice scared him.

Douglas kissed Yousef’s fingertips. “We need to get this out in the open, like I said last night.”

“I want to be with you. Here. In your home. Your bed.” Yousef flung himself out of bed. “I don’t need breakfast! I need you.”

Douglas joined him at the window. “I want you to need me for the right reasons. We’re still grieving. Yousef, I’m not him. I can never be him.”

“You were his father.”

“Look so much like him,” Yousef replied. He reached up and rubbed the back of his hand against Douglas’s cheek. “So much.”

“I need to make breakfast.”

“Have you ever been with man before now?” Yousef asked, still caressing Douglas’s face.

“A long time ago. I was in my first year of college. We were lovers.”

“Do you want to be with me? Yousef asked again.

Douglas met Yousef’s stare. “Yes, I want to be with you. However, I don’t want you to be with a memory.”

Douglas turned away from Yousef. He reached for his discarded boxers on the floor. Before he exited the room, Douglas grabbed his robe off the back of the bedroom door.

Yousef sank down into a nearby chair. He put his head in his hands. His grief hoped Douglas would allow them to continue on. However, the new man he had become had to make things right. How could he be grieving for Zander and have feelings for Douglas at the same time? It had only been a week.

For a while, Yousef sat alone in Douglas’s bedroom. Before he left the room, Yousef put on briefs and a T-shirt. The smell of food eventually lured him downstairs. Douglas was in the kitchen making omelets and bacon. Yousef took a seat at the kitchen table.

Douglas set two plates on the table. “I hope this is all right?” He sat down across from Yousef. “I know you probably have different tastes.”

“This is fine. I’ve grown accustomed to Western food.”

The two men ate in silence. Yousef finally scooted his chair closer to Douglas. Then Yousef set his fork down when Douglas reached for his hand.

“Yousef, I don’t have casual sex. I didn’t with my wife or Jeff in college. Intimacy means something to me. Over the last six days, I’ve made love to you. I feel guilty, but at the same time, I don’t. I would give anything to bring back my son, and your husband, even if it meant burying my feelings for you. I’m not some old man taking advantage of the situation. I can’t help my heart. Stranger things have happened. All lives are on a course of destiny.”

“Sometimes I feel like it. Yousef, I know you’ll always be in love with Zander. I’ve let us indulge in something maybe I shouldn’t have allowed.”

“We both let it happen. I’m just as much man as you are. I do what I want, remember?”

Douglas rubbed his fingertips against Yousef’s hand. “I’m sorry if I hurt you, or caused any more pain.”

“These last days were bearable because of you,” Yousef said.

“That’s the problem,” Douglas replied. He stood up and carried his plate to the sink. “God help me for saying it. I want these ‘last days,’ and every day forward. Right now, I’m not sure if either one of us is ready, or thinking clearly.”

“Only you can judge for yourself. Like I said upstairs, I’m having a hard time controlling my heart.”

Douglas woke spooned in Yousef’s arms. During the night, they must have changed positions. The clock on the nightstand read nine o’clock in the morning. His routine of morning coffee and newspaper would be delayed. A much better way to spend his first waking hours was lying next to him. Yousef’s lips caressed his neck.

“No, my love,” Yousef replied. The prince’s voice was hushed against Douglas’s ear.

“You take as many as I offer? Hmm?

Douglas smiled. Yousef’s cock was pressed against his buttocks. Douglas stretched his body. A good combination of soreness and pleasure moved through him.

“I’m not used to this much lovemaking.”

Douglas allowed Yousef to roll him over. He was now beneath the prince’s body. Douglas wrapped his legs around Yousef’s waist.

“Sooner you learn how much I love you.” Douglas countered Yousef’s teasing.

Yousef spread lube against Douglas’s rim. He cried out as Yousef slipped two fingers inside him. The prince moved the digits in and out, slowly teasing his body. Douglas tangled his fingers in Yousef’s hair. He pushed against the digits inside him.

“Not ready.” Instead, the prince replaced his fingers with half of his dick. “For now, this is far we go.”

“We will,” Yousef interrupted. “Tightest I felt in while. When time is right.”

Douglas relaxed as Yousef pulled the sheet over their bodies. The prince hooked Douglas’s legs over his forearms. Tender thrusting began. Douglas thought he would go insane from Yousef’s touch. The shallow movements of Yousef’s hips hit all the right nerve endings inside Douglas’s ass. He came unglued when Yousef found the skin covering his prostate.

“Not sure how long I can last,” Yousef said.

“I’m not there,” Douglas said. He was restless. Douglas’s hands rubbed Yousef’s back and shoulders. “I want to come with you.”

Douglas smiled. Yousef took the entire length of Douglas’s shaft into his mouth. Douglas’s rubbed his fingers through Yousef’s hair. God, it had been over eight years since anyone had sucked his dick. Yousef’s mouth was warm against Douglas’s hard flesh. The prince moved his lips up and down Douglas’s cock. Yousef’s tongue teased him, sticking the tip in the slit while sucking his cockhead. Then, the prince began the entire process again. Douglas now tugged at Yousef’s hair. He rubbed his lover’s neck with the palms of his hands. Douglas raised himself up halfway off the bed. Yousef’s going down on him was hot as hell.

“Yousef,” Douglas said. He lay back onto the bed. Douglas’s hands were rubbing his own groin. “Yes, baby!”

At the point of no return, Douglas moaned. Yousef had taken his cock out of his mouth.

The prince’s lips were inches away from Douglas’s cockhead. Yousef jacked him hard. Douglas arched his back off the bed. Yousef pushed him back down.

“No worries about collecting,” Douglas said. “I freely give.”

“Incredible. Yes. However, my love for you is more than physical. Our lives will always be bound together because of what Zander meant to us. Yet, there’s a special place in our hearts just for us.” 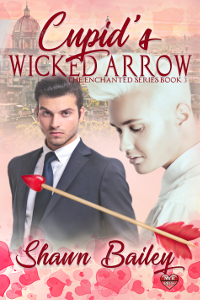 The Mark of the Phoenix (MM)
Casper Graham
In Shelf
$4.50
Tweets by
sirenbookstrand