More From Mistress of Lust

The one known as Lorena caressed my spent cock within her exquisitely moist cavern. The fading spasms of her final release clutched at me as I remained within her, reluctant to leave such a blissful dwelling. In more than five hundred years of fucking new interns into submission, I had yet to experience anything quite like the pleasure I had found within Lorena’s bounteous depths.

I had seen my brothers pounce on her the second she appeared through the curtain from the upper world. Her lush figure was soft and womanly, not the sticklike skeleton of so many females in this age of religious zealotry. Short, dark brown hair framed a face that had settled into the beauty of her womanhood, revealing a delicate bone structure that glowed with vitality. Inviting and sensual, her eyes, the color of midnight, glowed with hidden light. She had sought us out, showing no fear of us and seeming to not be afraid once she set eyes on us. I, Lazar, knew all about Lorena’s fall into the depths of hell, and I knew the haircut had been a gift from those ignorant fools above stairs, adjusted to a more flattering style once she entered the realms of Hell.  The ones in the world of the living knew nothing about what hell really was or the criteria for those sent here. I liked the new look. It suited her beautiful face.

The battle between so-called good and evil was less black-and-white than most supposed. There were so many variations in between, not so much shades of gray as grades of sin. No one person had all the qualities needed to become a saint. It was a lottery, really, of who went where. Those who could rack up enough goody-two-shoes points certainly had an advantage over the ones who simply lumbered their way from one life to the next. People’s souls really mattered, after all, and the powers that be fought hard over them.

My eyes softened as my passions subsided. I thought of her fall from grace. My fiery lust diminished, but my interest in fucking Lorena was definitely not assuaged. This creature who had tumbled my senses and turned my brothers into lusty fools had done nothing wrong during her whole, short life. She had healed those who needed healing, having learned the art of medicinal science before the earth above really knew what that meant. Her sin? The crime that had led her to the Underworld? Those lusty, decadent, erotic fantasies of hers when her womanly spirit first began to crave something forbidden in a world that chose to revere men and their desires, and ignore a woman’s pleasures. Those dreams had brought her to our attention, at odds with the dictates of the land of the living’s ideals of a “proper” woman—the dreams and desires to experience everything pleasurable a female could endure.

I, Lazar, had known the second this female had arrived because I had already been in her fantasies from the first time she had let her subconscious mind loose, sharing those wanton desires every time she slept. That connection spanned the short years until her untimely death.

I turned my gaze as my brothers’ attention became fixed in the direction of the Master’s entrance into the second-level orgy bazaar, a place that was pretty much wall-to-wall fucking every day, every hour of the day and night. He met the Master’s dark gaze and tensed as the large demon stalked through the moving, sweating room full of sexually excited hell dwellers. The Master was unpredictable at best, and he would know of my brothers’ interest in this one female. That was something the Master would question because newcomers had to go through many levels of hell before they were granted the security of one group of demons. Usually they were shared among the masses. My brothers and I were in one mind about this. We wanted Lorena for ourselves.

“Lazar,” the Master rumbled, his voice more animalistic growl than human. He smiled, revealing a set of fangs to rival a great white shark’s.

“Sire,” I replied, hurriedly rising to my feet with Lorena still impaled snugly by my blossoming cock. The Master had a presence that could amp up even the most exhausted of suitors. He emitted a sexual energy guaranteed to keep anyone’s cock at full mast no matter how many times he had already spurted.

“Your brothers have not sampled any other new delights. What is it about this particular female that leaves you so reluctant to leave the warmth of her thighs?”

The Master’s nostrils flared as he sniffed delicately at the odors of sexual completion pervading the air. The beast’s humongous cock was the size of my arm, his massive frame dwarfing even my six-and-a-half feet of height. At least nine feet tall, he was the biggest of the hell dwellers in Lust, his body powerful and deadly. I dared not exasperate him, or I would find myself suffering in one of the less pleasant arenas—the ones where bodies were tortured on wracks or boiled in oil repeatedly to teach them the errors of their ways. Hell was not all fun and frolics.

He released me, slid back up the bed, and slapped his thick cock against my lips, demanding my compliance. I immediately opened wide, inhaling his meaty length and swallowing him to the hilt. My nose brushed against the smooth skin just above his cock while my throat worked the spongy head of his dick. He snarled with pleasure, gripping my head as I began bobbing up and down, pleasuring him to the best of my ability.

The cock in my ass moved in time with my mouth, fucking me slowly and surely while letting me adjust to the feel of the monster inside me. I needn’t have worried. My ass craved Hazer’s cock, and I bounced my hips back against Hazer’s every forward thrust, shoving him even deeper into my gluttonous hole. I licked around the crown of Lazar’s cock, savoring the taste of the thick, creamy fluid oozing from the tip, and then dipped into the narrow slit, tempting more cum onto my tongue as I probed and licked and explored. I hummed in pleasure and then searched the length of the thick veins that ran the entire length. I felt tiny ridges along his dick and remembered the feel of him inside my pussy, massaging my slick walls.

All three of us groaned in tandem, our bodies slick with sweat while I rebounded between the two large demons. My hole was Hazer’s playground as he switched from hard, fast thrusts to slow, deep strokes. He angled his hips, swiveled them, tilted my ass higher, and penetrated me even deeper. I trembled at the renewed surge of lust flowing through me. I worked furiously on Lazar’s beautiful cock while my tits rubbed against the big demon’s warm chest.

“I want her pussy now,” one of the remaining brothers declared. “I want to taste some of that creamy goodness.”

“Go for it, Brazer,” Lazar urged in a hoarse voice, panting now as he thrust in and out of my hungry mouth.

I sucked harder on Lazar’s cock. I was moved slightly so my back was against Hazer’s chest as I sat in his lap. With his large hands, he bounced me up and down on his cock, drawing my mouth from Lazar’s cock. Immediately, Lazar got to his knees and then stood when Brazer lay between my spread thighs, latching his mouth onto my dripping pussy while his brother fucked my ass.

Lazar and his remaining two brothers stood side by side, cocks swinging, beckoning my ravenous mouth. They moved closer, and I began licking at the nearest cock.

“Thank you, my lovely Lorena. I am Mozer,” the slightly smaller demon said, praising me as he fucked my mouth with shallow thrusts.

I moaned in pleasure. Not having much leeway to maneuver, I allowed him to control the pace.

I popped Mozer’s dick from my mouth and latched onto Tazer’s instead and then finally Lazar’s. I sucked at each cock in turn, humming in pleasure at the delicious taste of precum coating my tongue while my pussy was treated to a tongue bath down below. Hazer slowed his thrusts, easing me up and down his cock. I rocked gently as all five of my sexy lovers took their time.

Restless, I stroked and explored the hard musculature of my demons’ beautiful bodies with my hands. Their glutes and abs and pecs were all ripped. Their biceps bulged, and their thighs were roped with impressively toned muscles. I had never felt such a beautiful array of male splendor, and I loved every second of my naughty explorations. 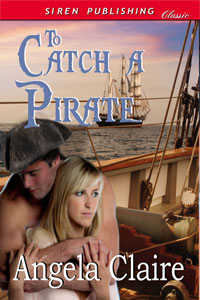 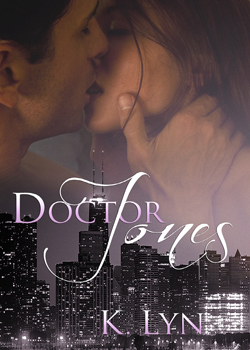 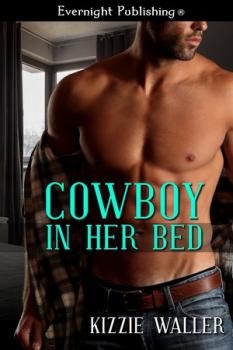