Kyler grew up in a bad place and then in foster care, which was almost worse. All his anger, which should’ve been aimed at his parents, ended up being concentrated on Arran instead. Trauma responses aren’t always the smartest, and Kyler went the worst way possible trying to get to the man he believed had ruined his life.

While checking up on his latest attempt at getting Arran’s attention, he gets bowled over by Stefan, the Alpha’s brother. In an instant, there’s a connection even Kyler, a human, can’t deny. Kyler was taught to hate wolves and all they represent. Now, he’s the mate of one?

Stefan, an alpha wolf too young to take on the pack’s Alpha power when his mother passed away, has struggled since his teens. He’s been the best beta to his brother he’d been able to with his broken body. A broken body that has just begun to heal against all odds. When his shift bursts out of him in the face of danger, he doesn’t know it yet: he’s found his mate.

Now there’s a not-so-little decision Stefan and Kyler need to make: Do they want to take the burden of being an Alpha off Marek’s shoulders and be the new Alpha pair of their pack? But their mate bond hasn’t been completed. Are they ready to take their relationship to a physical level?

Kyler sat on the couch, playing Scrabble on his phone against Juli, Stefan’s sister. It was her way of telling him he was okay, he supposed. That he’d been forgiven for what he’d done to their pack.

He leaned to the arm of the couch, and his newest little sidekick, Lily, the daughter of the Alpha mate’s friend, sat next to him fiddling with his hair. On her other side sat her, well, stepdad, probably was the closest thing Mateo was to Lily?

Lily was fascinated by the fact that Kyler had the same pale wheat colored hair she did. Mateo’s hair was long too, but his was black with some grays mixed in. Both men had locks reaching a few inches under their shoulder blades, and while the pack pups -- Stefan’s niece and nephews -- had gotten over the fascination pretty fast, Lily not so much.

Kyler played “hesitant” for shit amount of points because of the location, but at least he got to renew his tiles.

Kyler turned to look at her at the same time Mateo did. She looked apologetic.

Mateo picked something from Lily’s little fingers and held it up. She’d managed to tangle inches of wheat and black strands together.

“I tried to braid it,” she whispered.

Having been with Stefan’s pack for months now, Kyler could read the signs of an impending meltdown.

Stefan had been talking to Mateo’s human mate and Lily’s father, Wes, on the other side of the living room, but now the men both looked at them, assessing the situation.

“Hedy? Do you still have the detangling spray?” Stefan called out toward the kitchen where the previous Alpha mate, Stefan’s sister-in-law -- it was all so very complicated -- was fixing snacks for the kids and drinks for the adults.

“Lily, you should go find Aspen and the others. See what they’re doing. The snacks are almost ready,” Mateo said calmly.

She slid off the couch and looked at them as if to make sure she hadn’t done a bad thing, and then ran toward the stairs where all the wolf pups had headed after the kids had come inside a while ago.

“Okay, detangling spray, let me find it,” Hedy said, and soon enough, her husband and the Alpha, Marek, came to the couch with a spray bottle in his hands.

Kyler did his best not to flinch away from the big man. The only person scarier in the pack was Marek’s human mate Arran. That guy was ... he had depths Kyler was sure he didn’t want to see. Ever.

“Honey, can you bring me the wide-tooth comb? I think it’s in the kids’ bathroom!” Marek called out toward the stairs.

Marek started to spray the knotted bunch of hair and rubbed the conditioner or whatever it was into the hairs as much as he could.

Arran came to see what was going on, holding the comb to his mate. “Oh wow ... Lily happened?” he made an educated guess, smiling.

“Uh-huh ...” Mateo sounded fond and tired at the same time. Kyler could understand that.

“Well here’s hoping we can detangle it, because with those spots, if we have to cut it ...” Arran winced. 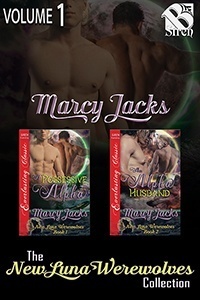 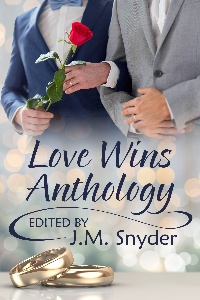 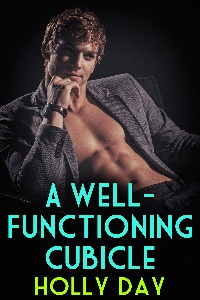