When a fatal mistake ends Jake Ramsey's career as a big city cop, he travels the country struggling to come to terms with his past. Jake ends up in Mountaintop, Montana. One day, while drowning his sorrows at the local bar, he discovers a young couple has gone missing but left their dog behind. So Jake adopts the stray.

When he meets Lily Baker, it's instant attraction for him. As he gets to know her, Jake realizes Lily could crack the brittle pieces inside his heart.

Lily, a widow, is just as attracted to Jake, but she's afraid he might not stick around long. She doesn't want her heart broken again.

Jake gets snagged in the web of deceit surrounding the young couple's disappearance as his heart begins opening up to a woman who holds the power to free him from his past.

4 ANGELS: "A dog brings Jake and Lily together hoping to solve a murder that should never have happened. A killer wants Jake dead for good before the truth is found out. He knows something is going on and won't rest until he's found out what really happened to Diane and Steve the victims. Instant attraction happens to Lily and Jake bringing them to realize that love is still out there. Sage Burnett does a great job in this suspense bringing in so many obstacles for them it's hard to not root for Lily and Jake. Both of them need happiness in their lives, one looking for peace the other trying to find love once again. I found that Lily had remarkable traits besides being courageous. She knows her best friends were killed on purpose and will do anything she can to bring the killer out in the open. Sage Burnett not only did a great job on this book but was able to make the scenes realistic yet still maintain the suspense throughout the book." -- Lena C., Fallen Angel Reviews

4 STARS: "It's said that you can't escape your past, but Jake Ramsey was sure going to give it a try. Leaving his home for Mountaintop, Montana was a good start. until he meets a dog that he can't get rid of, a mystery that keeps nagging at him, and Lily Baker. After losing her husband in a car accident, Lily hasn't given finding love another thought. Now Jake is in her life and he brings out feelings in her that she hasn't felt in a while. Will love heal them both? Love's Redemption is a great read. Jake and Lily are a fantastic couple. They have both been through so many things that have made them strong, yet it is made clear that they get stronger the more they are together. Mystery, love, and sex are always a good combination, and that is what we get from Ms. Burnett. The sex between Jake and Lily is intense and sweet. You know how deep their feelings go before they do. The storyline and plot are easy to follow and get lost in; you'll start reading and never want to stop. The supporting characters of Steve Watson, Diane Shepherd, and Roy Hudson make the story come alive with the way they are linked to Jake and Lily. I would have liked to see an elaborate resolution of the mystery, but overall I was very pleased. For a great read, I recommend picking up Love's Redemption." -- Tasha, Just Erotic Romance Reviews

4 ROSES: "The suspense in Love's Redemption is an amazing backdrop for the developing love between Jake and Lily. Both have endured tragedies in their lives and are in need of peace, security and happiness to cure their bruised and battered hearts. Although Jake is a wounded hero, he is still protective of Lily, kind-hearted (as shown by his care of the dog, Stormy), and honorable as shown by his determination to keep the promise he made to find out what happened to Lily's friends. His strength of character shines through in everything he does. Lily is a courageous and determined heroine who has learned to stand on her own but who is not too proud to ask for help when she knows she needs it. Together these two make an unbeatable couple whose relationship should stand the tests of time and adversity.
Sage Burnett has created an outstanding story in the romance of Jake and Lily, together with the engrossing mystery surrounding Steve and Diane's disappearance. This is a very sensual tale and the love scenes are realistic and intense, with a sweet undertone to them. The supporting characters, especially Deputy Roy Hudson, add depth to this already gripping story. You'll find yourself caught up in not only the romance brewing between Lily and Jake, but the puzzle they are endeavoring to solve. If you love a good mystery, with some romance on the side, pick up a copy of Love's Redemption by Sage Burnett from Siren Publishing. It will definitely warm up those cold winter nights." -- Robin, My Book Cravings

He dumped the glass on the small table next to the couch so he didn’t crush it in his hands. “A few days after Lawson died, Wellington’s wife, Lisa, came forward. Said she had lied about her husband being with her that night. She knew about the affair. He cheated on her half a dozen times in their marriage, but she always forgave him because she didn’t want to lose him.”

Jake dragged in a shallow breath. “You hear it on the news all the time. A cop thinks a suspect is reaching for a weapon, so he shoots.”

Lily remained quiet for a time before she asked. “Were you fired?”

“No. After a thorough investigation, I was reinstated to the force.”

Jake stood and walked over to the window. He jammed his hands into the front pockets of his jeans and stared outside at the black night, not seeing anything.

“You’ve also inflicted your very own punishment,” she said behind him.

Jake didn’t answer her. He expected her to leave. Why would she want anything to do with him now? He killed an innocent man, took his life away.

Suddenly, Lily stood next to him. She laid her hand on his arm. He forced himself to look at her. Her eyes were clear and unwavering.

That was the last thing he had expected to hear from her. Was she asking for his embrace so she could comfort him? “I don’t need your pity. I have no one to blame but myself.”

Hurt shadowed her eyes. He cursed himself.

“You’re wrong. It’s not pity.” Her voice trembled. “I think we both need comfort.”

Jake didn’t respond, his hands still stuffed in his pockets. He ached to hold her, but he held back. He’d wanted her since first meeting her.

“I haven’t been held by a man since John died,” she whispered. A moment later, she dropped her hand and turned away from him.

He caught her before she got far. He wrapped his arms around her. When her arms twined around his back, something cracked loose inside his heart. He buried his head in her soft, sweet-smelling hair. Jake heard her sigh and gathered her closer.

“Lily...” He found her lips and kissed her. A slow, gentle, exploring kiss. The taste of her bewitched him. He lifted his head and gazed into her eyes.

She blinked, then whispered. “Kiss me again.”

The invitation in her eyes was unmistakable. Desire and need shimmered in her gaze. A carnal need swelled inside him as he smashed his lips against hers and parted her lips. His tongue pushed inside her, tasting her sultry flavor. Their tongues mated, danced, and seduced each other.

He broke the kiss abruptly. “Lily.” His voice sounded rusty to his own ears. “Kiss me like that again, and I’ll be carting you off to bed.”

“I can walk.” She untangled herself from him and grabbed his hand.

She laid his hand on her cheek. “There are no guarantees. I’m as sure as I can be.”

Lily’s word struck a chord deep inside of him. There might not be a tomorrow.

He saw the doubt in her eyes, so she surprised him the hell out of him when she pressed herself against him and twined her arms around his neck. She coaxed his mouth open and slipped her tongue inside.

He ground his hips against hers so she could feel his hard cock. So she could know what she did to him. Jake backed her toward the couch. The bedroom was too damn far.

He laid her down on the couch and peeled off every inch of her clothing and boots. She gazed up at him with unabashed desire, her nipples hard and her legs slightly spread, showing her pussy to him. Jake kept his gaze locked on hers as he stripped. Her beautiful eyes flooded with desire.

He lowered himself on top of her. When his body wrapped around hers, need and passion burned in his veins. He kissed her long and thoroughly before his lips trailed down to her breasts, where he suckled each of her nipples. Then, he tugged on them gently with his teeth. He didn’t stop until she moaned and gyrated beneath his body. Jake continued his descent down her flushed body until his lips closed around her clit. He moved off the couch and knelt in front of her. He shifted her hips to bring her closer to him.

“Jake,” she moaned. Her hands tangled in his hair.

He licked her clit, slow and easy at first. As the fire built inside of him, he licked her harder and faster. The movement of Lily’s shapely hips against his face and her wanton moans drove his desire for this woman to a new level. Her musky, womanly scent floated around him like a sultry cloud. When her body shuddered with her orgasm, he continued licking her until she stilled.

He scrambled up and climbed on top of her, then plunged his throbbing cock deep inside her dewy moistness.

Lily dragged his head down for a kiss. Now, he tasted all of her. Moans fell from her lips as her body thrashed against his. Her ragged breaths filled his ears.

Jake didn’t know how much longer he could control himself. “Lily, come again for me. Please,” he ground out through clenched teeth. 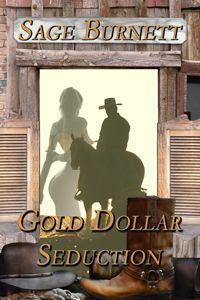