Secrets hide in the magnolia moonlight.

Caro Talbot loves Belle Grove, but not the people caring for it, and things get worse when they invite Desmond Mason to research the house’s history. Yet Dez is different from what she expects, and she becomes determined to help him solve the puzzle of the woman in the painting that’s hung in the house for years.

As Halloween approaches, Dez pries into secrets she’d rather keep, raising the ghost of her past. Caro has to decide whether to trust a man she hardly knows or run the risk of being eternally lonely. 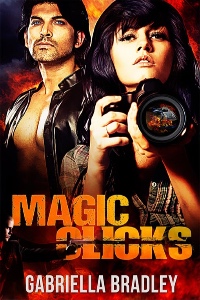 Of all the seasons at Belle Grove, Caro liked autumn the least.

In winter, the pop and crackle of the fireplace kept the occasional snow and ice at bay. The grand old house felt cozy and snuggled warm around her. In spring, the gardens bloomed lush, and the lengthening afternoons were redolent with the smell of magnolia and jasmine. Summer days were permeated with the laughter that carried up to the long, cool porches from the nearby river that lazed and sparkled in the sun. At night, peepers hummed to themselves, and fireflies played on the lawn that sloped gently down to the banks of the now dark and quiet water.

Autumn had its own charms as the distant fields grew golden and the tang of ripe apple filled the air. The oaks that lined the winding drive turned ochre, and the leaves danced in the wind as they wended their way to the gravel drive. But none of this charmed her. Autumn reminded her of death and sadness, though she couldn’t precisely say why that was.

Most months, she roamed through the halls of her beloved home, smiling at guests and helping them as she could. Many who came to Belle Grove didn’t know of its secrets and whimsy, so she would point things out to them, like the door in the corner by the fireplace that led to the dusty, unused basement, or how the bedroom windows needed to be open to catch the morning breeze off of the nearby river

Not that everyone appreciated her efforts. Jasper and Allan frowned on them and fussed at her, instead of being grateful that she allowed them to run her B and B. It was her house, after all, but they had a nasty habit of failing to consult her before making changes. Like the man that stood in the parlor, arms crossed, staring up at the portrait of the woman that hung above the fireplace. He appeared deep in thought, lines wrinkling his high forehead, and he tapped his chin with one finger.

He was handsome in a dark, gallic way, with thick brown hair that tumbled in locks around his face and hazel eyes. She could admit that much, but what was he doing here?

Silently, so as not to disturb his concentration, she entered the room and sat in the red velvet ladies chair. She folded her hands in her lap and studied the man as he studied the woman in the pale green dress, a fan dangling from her bejeweled hand and a smile full of mischief curving ruby lips. Some thought that woman was beautiful. Caro didn’t agree.

Allan’s heavy footsteps thudded toward the parlor from the direction of the kitchen. The heavy work boots he insisted on wearing announced his arrival no matter where he went. Jasper had to be close behind, because where there was one, the other inevitably followed.

The man turned as Allan entered. The chef was a large man with a potbelly emphasized by the print shirts he also insisted on wearing—sometimes floral, sometimes animal. His pale brown hair, shorn to a bare inch, stood as sharp as the knives he wielded in the basement kitchen. “Ah, you must be the researcher.” Here, he wiped his hands on an apron spotted with whatever sauces would accompany dinner. “Welcome to Belle Grove, Mr. Mason.”

The other man took the proffered hand and gave it a solid shake. “Thank you, Mr. Simms-Bowman.”

The other man nodded. “Call me Dez.”

The squeak of Italian leather loafers signaled Jasper’s arrival from the opposite direction. For once, he hadn’t been attached to Allan. Jasper sailed by in a cloud of expensive cologne, not even sparing her a look. “Desmond Mason. It is so good to finally make your acquaintance in person. I see you’ve met Allan.”

Dez nodded, still serious. “I have. And it is a pleasure to meet you, Mr. Simms-Bowman.”

“It’s Jasper.” He waved a hand airily. “Did you have any trouble finding our humble home?”

The other man’s eyebrows shot up at the word humble, but he didn’t comment. “I did. Thanks to your warning about GPS, I had a paper map with me. There really is no signal out here, is there?”

“No.” Jasper clasped his pale hands in front of him. He also dressed in print shirts, though of a louder hue that clashed with his thin, florid face. “But guests come here to get away, and we give them what they ask for.”

“Internet is a crapshoot, too,” Allan grumbled.

She knew he hated being without his cooking shows when satellite reception was spotty.

“Are there guests here now?” Dez glanced from one to the other.

Allan and Jasper shared a look. “No, there are none. Traditionally, we use the last two weeks of October for renovations and projects, which is why we invited you here now. You won’t be disturbed at all.”

As usual, Caro was being ignored. She rose to her feet and glided near to where Jasper lounged with his arm propped on the edge of the mantel. Dez looked in her direction and frowned, then covered it by looking back at Allen.

Guess he’s not a fan of women either. Pity. She cleared her throat. “What is it you plan to research?”

“A house like this can be all-encompassing and difficult to find information about. I’ll probably need to be everywhere, so I guess that’s a good thing I won’t have to tiptoe around guests.” The lines etched his forehead again.

Caro didn’t like the idea that Dez would skulk around her house prying into things best left hidden, but maybe he was like the archeology students who’d been there a few years ago, and he’d focus on the people who had lived here before Jeremiah Talbot built Belle Grove. “Jeremiah Talbot left extensive records.”