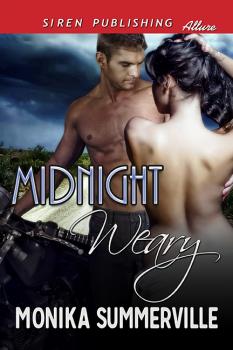 Around one-thirty, Kris brought him a cup of coffee, and during the transfer, ran her finger over the back of his hand and looked at him.

“I know you’re watching me.” She smiled.

“So, nothing. Do you like what you see?” She turned and walked back to the middle of the counter swishing her hips. When she turned back, she winked at him and then took an order from a waitress.

The longest half hour of his life went into play. He thought if anyone in the bar got out of hand at this moment he might have to kill them. He hoped he read her right.

Kris gave him the paycheck, he signed it back to her, and she gave him seven-hundred-and-some-odd dollars and a printout of the tax withholding for over fifty hours. Shoving the whole thing into his pocket, he went back to work.

When the bar closed, the crew cleaned up, collected the garbage, and put the chairs up on the tables. A cleaning staff came in on Sunday to mop the floors and clean out the public restrooms.

Ian dragged his feet. He wanted the waitresses and Kurt to leave before he went up to his temporary home. Since there were bucks in his pocket, he thought tomorrow he’d find a hotel and crash. He didn’t like being in Kris’s way. Since the estimate for the repairs was around fifteen hundred dollars, he figured another seven hundred bucks by next week or the week after, he would have enough to pay for the repairs on his Harley and clear out.

As the other employees left, he watched Kris turn off the lights behind the bar and move to the stairs. Before she started up, she turned and smiled at him over her shoulder. Ian locked the front door and turned off the Open sign. He stood by the door, looked at the stairs and wondered if he could put this in the good idea column. Should he screw her? His cock said yes, but his head went into a fog.

He went up the steps, turned into the office and saw her perched on top of her desk. She watched him move into the room and he could feel her look burn into his soul. Stopping in front of her with his thighs against her knees, he could feel heat come off her. One of his hands developed a mind of its own and reached up to her cheek. He ran his thumb over her lips.

She bit his thumb and looked up at him. “I don’t like gentle.”

Ian’s hand snaked behind her neck and he pulled her up. With her lips less than an inch away, he licked the seam of her mouth and felt her breath touch the lower part of his face. He crushed his mouth hard to hers and his tongue went wild. She equally devoured him and when he felt her teeth pull on his lower lip he let go. He couldn’t guarantee what would happen.

Kris knew what she wanted, but couldn’t decide if it was such a good idea. Her hand moved down the front of his pants and felt his cock was more than alive. It caused her pussy to grow slick and he surprised her when he grabbed her wrist and frowned.

“Yeah, later. I’ve watched you all night and I am about to explode. I don’t want to mess up my jeans.”

He turned her to face the desk. His hands moved around her, undid the button on her pants, and moved the zipper slow and easy. He slid them down to her thighs and ripped her panties off.

Kris thought about protesting, but decided to wait. This might not be the best time to threaten to take the price of her panties out of his next paycheck.

The sound of his zipper made her shiver. She looked over her shoulder as he pulled his cock out. The sight made her mouth water. She’d known earlier in the evening that he felt excited about something. When he’d walked past the counter to head to the restroom, she could see his pants puff out from an erection, but she didn’t think he’d still be this hard.

His was beautiful and she couldn’t wait to feel him inside her. It felt hot enough in the room to start a fire and her nipples were so tight she thought it might cause her to come.

They locked eyes for only a second, when his hand came up and moved her face forward.

“Lean over the desk and push your ass up.” His voice sounded tight and when she arched her back she heard him groan. “Damn,” he whispered

As the head of his cock nudged her lower lips apart, she felt his hands on her hips. “It’s good. Spread your legs a little.”

She adjusted and he pushed into her hard and with no holding back began to fuck her. He continued to hold her hips tight and every time he thrust into her it pressed the tops of her thighs against the desk. She knew she’d have bruises, but he felt so good. There’d been a lot of years since she’d been fucked and she didn’t think she’d missed it, but she did and the feeling of Ian taking her was euphoric.

“Can you get your shirt off?” he asked.

With a little work and help from Ian, her shirt came over her head. He unhooked her bra, moved his hands under the cups, and grabbed her breasts. Pinching both nipples tight sent a wave through her body directly to her pussy and Kris thought she might go insane. Her sheath tightened around his pulsing cock and the friction caused her breath to come in pants.

She moved one of his hands down to her pelvis and put his finger on her clit.

“I’m about to go nuts here if I don’t orgasm soon. Press harder and fuck me,” she ordered as the growing tension bubbled to the surface. His finger mashed her button and circled around in the slick warmth. Her breath caught in her chest and her body exploded.

“Oh, fuck,” he moaned and continued harder and fast.

Kris put her elbow down on the desk and pushed back against him. With her eyes closed, she felt every inch of Ian’s glorious cock pound into her and move over tingling nerves. It made her pussy cream more.

After another couple of thrusts, he groaned and she felt his hot semen coat her walls. He leaned over her breathing hard. They went quiet and when she started to move, Ian stood up and pulled his jeans back over his hips.

Kris turned and looked at him. Her bra slid down her arms and she let it fall to the floor. 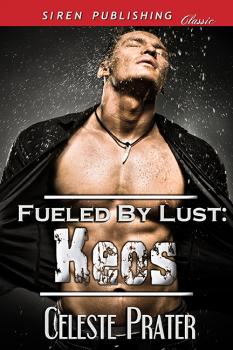