After her sister's successful marriage, Isabelle Forster is sure she'll only ever be an old maid aunt. That is until she meets Langdon Deveraux. He's tall, he's dashing, and he excites her enough to take a walk on the wild side. But with only a month to explore Shanghai before her sister and brother-in-law have decreed they must return to England, time is short.

Langdon wants Isabelle from the first moment they meet, but with the news that she's leaving shortly, he's propelled into action after she makes an advance that leaves him reeling. Marriage is the only answer, but he's got other pressing issues: hunting down the opium importers and pressure from his superior to see if the Forster sisters are involved.

Between the opium problem and issues with running Forster Shipping, Isabelle is learning to accept her sexuality and changed circumstances. It's going to make the first weeks of marriage full of adventure and danger.

More From The Search Duology

Langdon followed Aeddan into the house on the edge of the British concession. It was large enough to be comfortable, with columns raising verandahs following the lines of the house, and cleverly designed to catch the breezes. The French section bounded nearby so there was traffic and movement enough that it was safely in the center of a well-utilized thoroughfare, yet quiet enough to offer serenity in the land area bounded by lush trees, though the winter frost currently denuded them. The area was bustling and well-to-do.

He and Fitzsimmons entered the hall and were met by a hovering maidservant. "Mrs. Fitzsimmons and Miss Forster are already in the salon, sir. May I take your hat and coat?"

They both surrendered them to the housekeeper and entered the room to the left of the foyer.

Langdon noted the furnishings of brocade in reds and gold. A seat facing the door and winged chairs with their backs to the door. The effect was traditional, and English as so many of these lease houses tended to be.

A woman—beautiful with shining titian locks—rose, her smile giving the appearance of a welcoming goddess, and she approached them. He caught the glint of gold on her hand and smiled, suddenly aware that this was Fitzsimmons's wife.

"Aeddan, you're just in time, and this must be Major Deveraux?" she said.

Langdon nodded and took the woman's hand. "Mrs. Fitzsimmons, it's an honor and a pleasure."

Fitzsimmons had explained his wife and sister-in-law would be waiting for them. Having posted ahead, they'd both be joining them for dinner. Langdon was thankful for the welcome. It wasn't always so with travelers to the region, particularly those engaged in any form of commerce lately. After all, his role with the municipal government was at best polarizing, and at worst, the stick minus a carrot. He was engaged in correcting any form of corruption within the organization as well as investigating other things of interest to the British government.

He bowed as appropriate, then stepped back.

A movement to his right caught his attention, and a vision of womanly perfection rose from a wing chair. Her hair silvery—white gold and shorter than fashion dictated—suited the peaches and cream skin tone. Her tresses framed a flawless visage which featured high cheekbones, a soft forehead, and piercing, sapphire blue eyes. Her svelte figure was narrow enough that his hands would span her waist.

The effect was of an elfin creature. Ethereal yet somehow human.

She smiled a welcome.

The woman slid her fingers over his palm, and a shock of energy sizzled. She eyed him gravely as if expecting something unpleasant or unexpected to happen.

"Miss Forster. It's a delight." Indeed, it's a pleasure.

She cocked her head to one side. Their gazes clashed, eyes at the same level, he noted, taking in the height of this woman.

"The pleasure is mine, Major." Her manner was precise and correct, yet didn't invite anything more personal, so he retreated.

The Paradox: The Soldier and the Mystic (MF)
Suzette Hollingsworth
In Shelf
$4.50 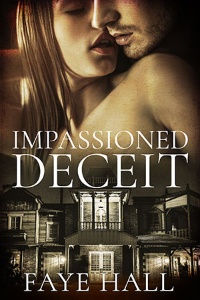