Heat Rating: Scorching
Word Count: 46,509
14 Ratings (4.8)
Fantasy Paranormal Alternative (M/M, Gay)
In Bookshelf
In Cart
In Wish List
Available formats
HTML
Mobi
PDF
ePub
Cover Art by Harris Channing
Reviews
Loved this book. Mark and Xavior have a hard time to accept them being mates. But when they finally do, it get's really hot, hot, hot. Mark is a tough human detective, who helps the MYSTIC guys to find out, what's going on with the council. Hopefully there will be more books in this series, because there are so many more mates to match.
Ute
Read more...
Excerpt

"Mark, I don't know of a man in this room that doesn't respect you," Ryker said gently.

Sighing heavily, Mark replied, "I've always felt like an outsider. Yet, I know far more than you think about what's going on in the communities. I'm the one that went to Patch's friend and suggested that he and those like him teamed up. I've got the plans used to build the United Council building and have been studying them for quite a while now. I'm the one that went to his team and suggested comparing a list of the missing and dead and Mystic take ins. Because of my knowledge of the gifted, I could show you weak spots in your alarm and camera setups, as well as the ones here. However, I am not seen as a man of worth when it comes to those with those gifts."

Turning back to Bram, Mark replied, "It's very true and if you were honest with yourself, you would agree with me. I'm not saying you don't like me and appreciate what I do for Mystic. I'm just saying that neither you guys nor the Council will ever see me or my kind as dangerous. Therefore, if a simple Inert investigator goes to the United Council, asking questions, there will not be a foreseen threat."

"Your job is investigation, not field work. The Council has gifts they could use against you at any point, Mark. What you are suggesting could get you killed," Bram argued.

Seeing Bram was getting ready to have a nasty argument, Mark replied, "Think about what I'm saying. Inerts aren't even represented on your great and powerful United Council. One was never even considered for the role as representation for my kind."

Everyone got quiet at that statement as Mark looked at each man in the room. "None of you ever thought about that, have you? Many of us fight the Nefarious every day. We help you find them and destroy them. We are even willing to go so far as to help you take down the Council, when honestly, our lives would not be affected either way."

JP gasped. "Of course you would be affected. If this person is allowed to take over the United Council, you will all be in more danger than you already are. There would be no one to stop the Nefarious from the evil they do."

Shrugging Mark said, "They would be so focused on you and the other gifted men that we would be pushed aside as usual and thought to not be a threat."

Patch nodded his head rapidly, "He's right. They also would look past people that are gifted with rapid reading, increased senses, and so on."

"Because they are gifts that can't be a physical threat," Bram said, truly understanding what Mark was trying to say.

Mark looked at the men around the room. "No offense to anyone here, but you tough guys seem to think that the more physically powerful you are, the more unlikely it is you can be taken down by those of us either without gifts or with small ones."

"Are you calling us arrogant?" Christof asked in offense.

Mark couldn't help rolling his eyes. "Christof, I am not trying to upset anyone here. I'm telling you my perspective, as well as other Inerts and less powerful gifted men I have spoken with."

Sighing heavily, Mark replied, "Look, the point is, I can help here. I have a small group of men that help me out when I am about to face down a Nefarious on my own."

"Small group of men? You mean you moonlight with another group?" JP asked in shock.

Laughing, Mark replied, "I've never looked at it that way before, but yeah. When I'm done doing my research for Bram I get with the team. We go after the Nefarious that Mystic doesn't think is killing enough people, to get involved."

"What the fuck, Mark?" Bram yelled as he stood, "What the fuck kind of comment is that? You know we bust our asses trying to make sure we can take out these ass holes! It isn't like I have an entire army. We do the best we can."

"That came out completely wrong, Bram and I apologize. I only meant that the citizens can't always wait for a Nefarious to be taken down by you and the other agents of Mystic. If we know who is behind the attacks on the civilians, it is our job, as officers of the law, to take the initiative," Mark hurriedly explained.

Bram pursed his lips but didn't comment further. Mark looked at Xavior and seeing the blank look couldn't tell if he had upset his mate as well with everything he was saying, but knew his next words most likely would. "I think you guys need to allow me to go in the Council area and ask some questions. They won't see me as a threat. I will be a nonthreatening Inerts who’s just being nosy."

Xavior slammed his hand on the table, stood so fast his chair went flying behind him, and snapped, "Absolutely not!"

Turning to Sean then Bram, Xavior snarled, "If either of you allow this to happen I am out! I don't just mean out of this case, I mean out of Mystic altogether!"

"Xavior, what are you doing?" Mark asked unsteadily, as he looked to see if anyone was around.

Looking up into his mate’s beautiful eyes, Xavior's voice was deep and gravely. "I love you, heart and soul, Mark. I promise that I will do my best to show you just how strong and wonderful you really are. I know we may get into some power struggles here and there, but I promise to always listen to your point of view and never use my gifts against you. Will you give me the honor of becoming my mate?"

Mark swallowed hard and became teary eyed. His voice was thick with emotion when he nodded and said, "Yes."

Mark gasped as the scene changed around them. "We're in your room."

Xavior stood up and began to unbutton Mark's shirt, saying, "Well, I didn't think you would want our friends to see this next part, so I brought us to my room. If you would feel more comfortable we can go to yours?"

Shaking his head, Mark opened his mouth to say something, but when Xavior ran his hands up Mark's pecks and over his shoulders to remove Mark's shirt, all the man could do was bring his head back, close his eyes, and groan.

"You are so firm and toned. I want to touch and taste your body for days," Xavior whispered as he stroked Mark's chest and abs, licking and suckling the man's nipples.

Xavior smiled and lightly bit one of Marks's hard peaks then stepped back, saying, "Oh baby, this is going to feel so much better."

Xavior kicked off his shoes and pulled his shirt over his head, revealing his Herculean form. Looking directly into his mates green eyes, Xavior began unzipping his jeans, saying, "Join me mate. Show me the rest of that luscious body I've been feeling."

Mark watched Xavior remove his pants and socks before he finally undid and pulled down his own, revealing a thick massive cock that brought Xavior to his knees, rasping, "Come to me mate."

Mark slowly made his way to Xavior and placed his hands on Xavior's shoulders. Not wasting any time, Xavior brought his lips around Mark's shaft and tasted his mate for the first time.

That is the first thought that came to Xavior as he sucked Mark down his throat and tasted the salty, earthy goodness coming from his mates cock on his tongue.

When Mark gripped Xavior's hair and started a slow thrusting, Xavior's cock started dripping with pre-cum. The taste, smell, and feel of his mate's pleasure was intoxicating and X wanted more.

"Yeah, use that mouth, X. Show me that you want me," Mark grunted as he thrust his hips.

Xavior just about came when Mark started talking dirty to him and took a second to pull back and beg, “More?I love hearing your voice.”

Xavior's words must have unlocked something in Mark, because the man began to fuck his mouth faster as he ground out, "I'm gonna fuck your mouth, X and then I'm going to fuck your ass. You are going to know that I'm your mate and that I'm the one who is going to bring you pleasure like you have never known."

A shiver ran through Xavior as he gave his mate head. Xavior thought of how it would feel to have a man in his ass. He had never been on the receiving end before, and a certain thrill passed through him, knowing that his mate would be his first.

"I'm gonna come down your throat, then I'm going to come in your ass. You like that idea, don't you, X? You like the thought of me pounding into your hole over and over, filling you with my scent for all to smell and know that you are my mate?" Mark hissed.

Xavior whimpered in desire. Taking his own cock in his hand, Xavior began long fast strokes to his cock while he sucked on Mark’s large shaft. His balls were drawing tight and Xavior knew he wasn't going to last much longer as he slurped his mate over and over.

"I'm gonna come, X. I'm gonna??" Mark let out a groan as his seed filled Xavior's mouth and X greedily drank it all down.

Xavior stood and Mark quickly brought his hands around Xavior's neck and pulled him down for a kiss. Tongues slid over each other and teeth clacked, all the while Mark hummed in bliss.

Pulling back, Mark whispered, "I taste good on your tongue."

Xavior's cock twitched at his mate's words, becoming harder than it had been just moments ago.

Mark began pushing X toward the large four poster bed. Xavior couldn't believe how turned on he was from his mates forcefulness in bed. It was both a surprise and a huge turn on.

"We need lube, big boy." Mark said, while stroking Xavior's cock and nibbling on his nipple.

Thinking wasn't the easiest thing for Xavior to do at the moment. The little bites were causing a fabulous sting that shot straight to his cock. It took him a few moments to try and focus before finally rasping, "Under pillow."

Mark stopped what he was doing and looked at Xavior with his brow raised in question.

Xavior felt his cheeks heat up with his embarrassment. "I've needed to take the edge off since I found you."

"Well, let's see if we can take more than the edge off, shall we?" Mark replied with a smile. 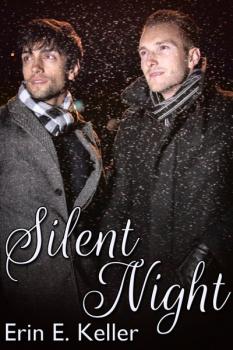