Unable to deal with the murder of a close friend and the break-up of a relationship, Josh Stoller, once a celebrated violinist in London, falls from grace. After years of alcohol abuse, he begins to regain his self-respect and relocates to his native South Wales, where he works in retail and teaches music on a part-time basis.

Two years later, a mysterious Mrs. Francis, eager to remain anonymous, contacts Josh. She wants him to teach her son, Sean, to play the violin. This sets in motion a sequence of events in which several characters from his past re-emerge, one of whom poses a threat to his and a past girlfriend’s life. 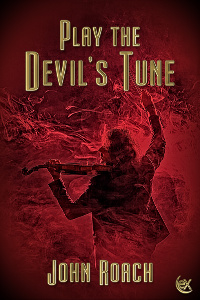 Engrossed in the intensity of Shostakovich's piano concerto, Josh Stoller waited for his entry. He glanced over at Sophie, absorbed in her playing. With two bars of rests on his score, his bow ready to attack the next motif, another tune interrupted him.

Josh’s attention focused on the unexpected sound, and he forced open his eyes. His phone’s ringtone, Elgar’s Chanson de Matin, brought him to his senses. Someone wanted to contact him.

His dream of the concert with his ensemble in London disturbed, he sat up.

Who the hell’s ringing me up this morning?

He turned his head to see the time display on his bedside clock. No-one rang him at nine o’clock, not even his boss, but his phone’s vibration on the small table demanded to be answered. Without checking the caller’s identity, he pressed the accept call button, ready to display his annoyance, when a tense female voice grabbed his attention.

“Is that Josh Stoller?”

“Yes.” He paused for a few seconds. “How can I help you?” He heard the caller exhaling breath, and assumed she was relieved she’d rung the correct number.

“We’ve moved to the area and I’m looking for a violin teacher for my ten-year-old son. I saw your advert at the local newsagent.”

“Sean’s been playing for three years, and he’s passed his grade five.”

“When do you want to start? Sorry, what did you say your name was?”

“I didn’t.” The caller remained silent for a few seconds. “It’s Mrs. Francis. Do you teach in the evenings?”

“Yes, most are free, apart from Mondays or the weekends. How about Wednesday, half an hour?”

“Shall we call it a tenner to begin with? We can make a decision later, based upon how long he wants a lesson to last. You’d better have my address.”

“I’ve got it. Sean will be over this Wednesday at six-thirty.”

Josh sensed her hesitation to elaborate any further.

“Does he have his own violin?” he asked.

“Oh. They’re excellent. I used to have one.” He remembered the hand-crafted instrument he’d owned as a teenager, its excellent tone more than acceptable. He’d used it at the start of his professional career. Mrs. Francis didn’t comment. Josh assumed she wanted to finish the conversation without further discussion. “I’ll look forward to seeing Sean on Wednesday.”

“Yes,” she said, and the phone went dead.

The number had been withheld. He dropped his phone on the bed, puzzled by her haste to finish the call. The revelation the boy had a Hoing violin intrigued him. It was an unusual instrument for a youngster to be playing

Although he was free on Wednesday at six-thirty, the conversation was over before he had a chance to discuss if time was a convenient allow him time to prepare after a day’s work.

Sean Francis sounded ready to progress, since he’d passed grade five. Josh had achieved grade six with distinction at primary school, and he assumed Mrs. Francis had similar aspirations for her son.

Once Josh found his diary, he made a note of when to expect Sean and wrote a question mark next to his name. He was surprised the woman hadn’t asked about his qualifications, but she seemed happy for her son to be taught by a stranger on the strength of an advert at a newsagent’s.

Although Mrs. Francis claimed to know where he lived, he knew he’d not written his address on the card he had asked the newsagent to display.

All his pupils in the South Wales town were either young teenagers preparing for external exams who wanted more instruction to improve their chances of success or students about to leave home for university. Sean Francis would be the youngest pupil he’d ever taught, and he wondered how he should approach the boy. Josh hoped the child wouldn’t be as antisocial as his mother.

Josh was curious, though. He’d not met anyone throughout his career with another Hoing violin. Clifford Hoing had only produced six to eight in any given year. They took an age to construct from over seventy separate parts. He’d then added twelve coats of varnish and allowed them to dry under natural conditions. It would be interesting to see the instrument, irrespective of the mother’s attitude.

In a previous life, Josh had played the classics in prestigious venues, but he was no longer able to claim that privilege. He currently worked in retail and played in a semi-professional folk-rock band in the Cardiff area. Opportunities in the disciplined genre of music for which he’d trained had eluded him for many years. A recent curious phone call from a supposed ex-colleague to his mother regarding orchestral work in the Midlands had raised his hopes, but it had amounted to nothing.

Mrs. Francis’ call had thrown him. Her clipped tone and approach weren’t what he’d expected from a complete stranger eager for a violin teacher.

Before he took his customary morning shower, he looked at his reflection. The abrupt interruption to his sleep, showed in his unkempt blond hair and tired eyes. His mind wandered back to Sean Francis as he showered. He hoped he wouldn’t regret accepting the boy as a pupil.

Josh needed a distraction from Mrs. Francis’ evasive manner and he opened his book of Bach’s Partitas. The Chaconne was a favourite of his. It brought back memories of his former career, when he performed the piece with the ensemble in which he’d played, before his career had begun to diminish as a result of his self-destructive personality. His ability to still play it with no discrepancies allowed him to re-affirm his existence as a competent musician.

Twenty minutes later, after repeating several phrases, he closed the book and placed his violin in its case. In need of a coffee, he filled the kettle in his small galley kitchen and put back into the correct cupboards several pieces of crockery he’d left to dry the previous afternoon.