Skarlet Kiss:
Una, a human who has spent most of her life in service to the goddess Amuliana, stands on the brink of her destiny. Liam, an outcast among the dragon clans, seeks vengeance against those who wronged him. Together, they will risk everything for the sake of their future, fighting against odds that many would crumble under.

Enchanted Waves:
Human attorney Tabitha Lock is haunted by dreams she can't understand. When a handsome stranger walks from the ocean and into her life, she's pulled into an immortal conflict unlike anything she's ever faced before. Can Jax save Tabitha from the evil closing in on them before it's too late, or will he lose his true mate?

Dangerous Passions:
Her nights stolen by a male voice whispering to her, Calypso, an ageless fey, leaves the safety of her home to hunt the one who stalks her dreams. Lucien is not what he seems to be on the surface. If he can survive, he's destined for greatness. Together, Calypso and Lucien must face the ancient one who seeks to destroy them both.

Child of Tempest:
Wiccan, Xandra Carrington, is also a mortal doctor. When several citizens in the small village she lives in experience bizarre near-drowning incidents, she finds herself pulled into the conflict of the immortal world. Jian Akvo, a hot-shot author, arrives in town, a man of power and danger, one Xandra suspects is not to be trusted. She soon discovers he's a powerful water wizard. Can the wiccan and the wizard find balance before it's too late? 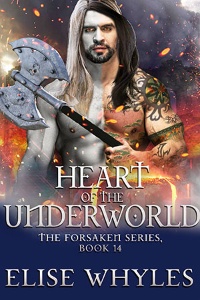