Mates of the Jaguar 1

Mates of the Jaguar 1

More From Mates of the Jaguar

Marco gritted his teeth as searing hot fire shot straight to his balls. If he hadn’t been concentrating as hard as he was, it might have taken him to his knees. Never had another feline affected him this way. Whatever it was about her, Marco planned to find out and fuck it out of his system. Rubio would have a field day with this female who’d captured his cat’s interest so completely.

His twin loved exploring a female’s body with his mouth, his hands, and his tongue. Sometimes Rubio would make them come without ever touching their pretty pussy. It was a talent of his twin that Marco always benefited from. He couldn’t wait to introduce his little kitty to him.

“Where are you taking me?” Her breathless voice washed over him like a cool breeze with the promise of a wild spring storm on its heels.

“You’ll be staying at our home while you are here. It will protect you from unwanted advances. You’re a very beautiful and desirable unclaimed female, so many males will want to approach you. We won’t allow that to happen.”

“And what about you? Are you going to approach me?” She attempted to turn around, but Marco didn’t allow it, holding her in place with his massive hand at the nape of her neck. If she managed to look up at him with those amazing green eyes, he was sure they would end up on the ground right where they stood. She was that entrancing.

“You can bet your hot ass I’m going to approach you. Both of us will just as soon as I get you back to my lair.”

Marco heard the first lift in her voice indicating fear. He didn’t want her afraid, just on edge and aware. Fear didn’t turn him on like it did some of his kind. He’d always detested those who would rile up a female then slowly get rough with them until their adrenaline was a flavor in their mouths they couldn’t get enough of. Sometimes that obsession turned deadly. With the loss of females in their shadow, when a male killed a female, he wasn’t just punished as before. Now he was exiled and never allowed to return to the shadow.

“Easy, little kitty. I’m talking about my brother and me. You don’t need to fear us. We would never hurt you.” He prayed his voice had lost some of its earlier growling quality. He wanted to ease her fears so she would be more open to allowing his brother to share with him.

“I’m not having sex with you or your brother. I’m not a slave to my cat. She will be just fine until we return home.” Her voice quivered, despite her attempt at bravado. He admired her intentions, but if he were right, they wouldn’t last.

“You’ll be safe with us to protect you. The jungle can be unpredictable. Just relax and allow us to take care of you, little kitten.” Marco tried to temper his smile but knew by the way her eyes widened and her jaw stiffened that he hadn’t lost the predatory set of his mouth. He knew from experience that his lips had pulled back to reveal his teeth.

Damn! Why can’t I control myself around her? This feels almost like a mating, but those are rare among the Jaguar. I will see how my twin is around her. Two Jaguars would not permanently share a mate. Just the mating would be unusual.

“Don’t mind my snarly attitude, Taylor. It is just my cat’s reaction to your pheromones. Just like you, I’m not a slave to my Jaguar.” Marco sure hoped not.

He led her through the thinned part of the jungle where he and his sibling had their lair. It wasn’t one of old, a mere cave or hollowed-out tree. Instead, they had a nice hand-built house with a thatched roof covered by large leaves of indigenous foliage. They changed these out periodically to assure they didn’t end up with leaks from the almost constant rain of the jungle.

“What a lovely home. It blends in with the area around it.” Her melodic voice struck chords deep within him—dark hungry chords he desperately needed to quell.

“Thank you. It’s comfortable for two bachelor Jaguars. Please come in and meet my brother, Rubio.” Marco placed a hand at the small of her back, resisting the urge to throw her over his shoulder to carry her into his and Rubio’s home like some Neanderthal. His twin was going to tease him unmercifully if he noticed Marco’s behavior.

Marco knew the moment his brother walked into the room they were in trouble. Rubio’s eyes widened even as he opened his mouth just enough to breathe in Taylor’s scent. It exposed his teeth enough that Taylor couldn’t help but notice the additional saliva even as he swallowed.

“Introduce me, brother. Who is this delectable morsel you’ve captured?”

“Rubio, careful. You’ll scare her. She isn’t from our shadow, so she isn’t familiar with your over-the-top flattery.” Marco lifted his brows, hoping Rubio would notice and be cautious.

“Rubio, this is Miss Taylor Dristal from the United States, Washington State, I believe. Taylor, this is my brother, Rubio. Do not pay attention to his flattery. He enjoys shocking the females here.”

“I’ve anticipated this moment since my first glance of you. When your scent hit me, I nearly lost control and pounced.” Marco sucked on her earlobe as he ground his pelvis against her ass.

Since they were identical twins, and from the feel of him against her body, Taylor was sure that Marco was just as well endowed as his brother. The idea of all that hot, hard flesh filling her nearly had her eyes rolling back in her head.

Sensory overload. They’ll kill me if I don’t regain some control. All I can think about is rolling around on them, under them.

Rubio strutted across the short expanse of the bedroom to stand directly in front of her. She didn’t think he’d taken his eyes off of her but that once. His intense stare had her nerve endings sizzling with something bigger than anticipation. When he reached out and touched her arm, Marco let go of that one so that Rubio could take one finger and rub it across the tip of his cock to gather up that drop of pre-cum. If she’d wondered what he meant to do with it, she wouldn’t have long to wait. The devil of a cat lifted her hand and directed that finger to her lips.

“Taste what you do to me, mi corazón.”

Taylor opened her mouth and presented the tip of her tongue. Rubio laid her finger on her tongue, and she closed her mouth to swirl it around the digit to get every molecule of taste off of it. Salty caramel with maybe a hint of pepper danced along her tongue. She swallowed and opened her eyes, not realizing that she’d closed them until then.

All she could do was whimper as a very nude and aroused Rubio pulled her into his arms, leaving Marco to undress this time. Instead of letting her watch Marco, he backed her up against the door and captured her mouth with his. True passionate lust overtook them both as he explored her mouth, rubbed along her tongue, and drank in her very breath.

Taylor gave as good as she accepted from him. Each suck or nibble she took one step further. The feel of his skin against hers ignited a burning need that only fucking would quench. She wasn’t even sure if that would be enough. All she could think about was getting him inside of her. His angry dick pressed against her belly, more pre-cum leaking across her stomach as they moved against each other.

“Need. I need.” She couldn’t even complete the sentence.

“Yes. I know.” Rubio grabbed her ass with both hands and lifted her so that she could wrap her legs around him.

“Yes!” It came out as a moaning hiss when he was able to align his cockhead with her wet, slick opening.

One push. Just one push.

“Rubio! Fuck me! I need you inside of me.” Her voice came out shrill and demanding.

As if her words were all he needed in order to take her, Rubio pulled her down on his cock even as he thrust upwards into her cunt. It took their breath. Neither of them moved for a full five seconds.

Taylor threw her head back, gasping in breath, and hit her head hard on the door. She wouldn’t have even noticed if Marco hadn’t cursed a blue streak at his brother.

“What the fuck? Get her away from the door.” Marco’s voice captured her attention long enough to notice that, though he was identical to Rubio in just about every way, his dick had a slight curve to it that his brother’s didn’t have.

“So hot, Marco. She’ll burn you up. Hurry or we will miss our chance, brother.” Rubio held Taylor, still completely full of his cock.

No matter how hard she squirmed, he didn’t let her move an inch. He cooed soothing words in her ear, promising it would be so good if she could just hold on a bit longer. Taylor didn’t care how it would feel later. She knew how she felt right then, and she needed him to move.

Any additional thoughts she might have had vanished as a pair of thick fingers saturated with the lube breached her back entrance, coating the inside of her ass in the process of stretching her just this side of pain. By the time a third finger joined the other two, Taylor couldn’t help pushing back against the thick digits.

“Damn, Taylor. You’re on fire. I’ll never manage to get inside that tight ass without blowing my load. Stop for me, cariño. Let me inside of you before it is too late for me.” Marco’s voice had squeezed down to biting words between clenched teeth, his words coming out in a lisp as his teeth took over his mouth.

She struggled to remain still, whimpering when he began to push his hard cock against her puckered hole. It burned—burned really good—until he finally breached the first muscular ring. Once he’d fully seated himself deep within her ass, Taylor realized that with both males inside her body, there wasn’t room for her. She couldn’t breathe, talk, or even swallow. Anything that required her to move in any way was just impossible with that much flesh filling her body.

Just when she thought she’d pass out from lack of oxygen, Marco pulled almost all the way out then pressed back inside of her while Rubio pulled out. The back and forth motion as the two brothers shared her between them soon had the previous fire that had tamped down for a while began to smolder once more. 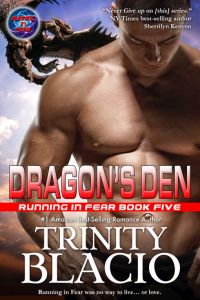