Josh Carpenter is gay, and blind since birth. He’s about to graduate from college, and is already an extremely competent piano tuner. He and his best friend Norman Simms encounter a pair of twins while walking on the beach, and their lives are changed forever, and for the better.

They eventually set up housekeeping with the twins, and begin to live a full life, calling themselves the four gay musketeers. 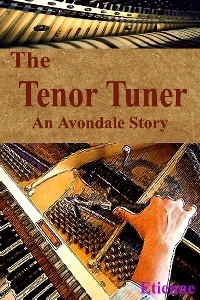 I slipped the flip-flops off my feet and handed them to Norm. The sand felt so good between my toes. Between the smell of salt in the air and the sounds of the surf and the sea birds, my senses were reeling. We walked for quite a while, talking about nothing and everything, as friends do.

“Am not -- I just appreciate a man who displays well.”

“How can you tell so much from so far away anyhow?”

“Damn straight. I’m getting half hard just thinking about them.”

“Down, my ass. I’m going to stop and strike up a conversation.”

A few minutes later I felt him stop, so I stopped as well.

“It sure is,” a strange voice with a slight country twang said.

We exchanged pleasantries, and I extended my hand. It was firmly gripped by first one and then another hand.

“Why is Josh holding on to your elbow, Norm?” one of them said. “Are you guys a couple?”

“I’m holding on to his elbow because I’m blind,” I said. “Blind, but not deaf. Norm and I are best friends, and we’re definitely not a couple.”

Norm turned to walk with them and, gripping his elbow, I followed. During the course of the next fifteen minutes or so, we learned a lot about the twins, as did they about us.

Finally, one of them, I think it was Zeb, said, “Would you guys like to come over to our place for a while?”

“Where do you live?” Norm said.

“Actually, we’re staying with friends in Avondale,” he said, “but when we come out to spend time on the beach, we have a couple of buddies who let us use their place to leave our work clothes, so we don’t have to go all the way back into town before we can go to work.”

“Just a couple of guys we met last year,” he said. “I guess you could call them occasional fuck buddies.”

“Anyway,” the other brother said, “they’ll be at work till five, and there are two bedrooms.”

“It’s about three blocks west and a few blocks north of the pier,” the first one said.

“We’re in the big public parking lot by the pavilion,” Norm said.

“We left our car at the McDonald’s at Beach Boulevard and A1A,” one of them said.

“You can if you work for McDonald’s. I’m in management training at that store and Zeke is in training at the one on Atlantic Boulevard.”

They walked with us back to Norm’s car, stopping at the edge of the sand while we slipped into our flip-flops or sandals, then Zeb and Zeke rode with us to the golden arches.

“We’re in the white sedan by the dumpster,” one of them said.

A friendly arm wrapped around me, and someone said, “You’re with me for now, but we can swap partners later, if you like.”

“Oh, I like the sound of that,” Norm said from the driver’s seat. 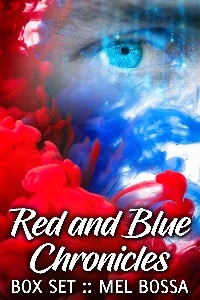