The Wolf and the Butterfly

Childhood crushes, like childhood toys, are meant to be left behind with the arrival of adulthood. So why is it that Josie Collins finds herself still attracted to her childhood crush, her brother’s friend Simon London, even after eight years? Eight years which have turned Simon from cute to incredibly well-built and sexy. Josie already has enough issues of her own, including a recent breakup which has somersaulted her onto a path of self-destruction. She doesn’t need a complication like Simon to add to her problems.

Simon London has returned to Portland after an eight-year absence, now a successful architect who can write his own ticket. When he reconnects with the family who accepted and cared for him during a rough time in his life, the last thing he wants or expects is to develop feelings for his friend’s younger sister, Josie. When he overhears disturbing information about what Josie has been through, his protective nature takes over, and he's determined to find a way to protect Josie. So how does one get into the Masquerade Club?

Josie’s friend Emmie suggests the Masquerade Club to Josie as a way to safely blow off steam and redirect her self-destructive tendencies. When Josie agrees to the plan, she doesn’t count on meeting the sexy Wolf. She finds herself thinking about him, even when she’s at work at the gym she owns in downtown Portland. But she also has Simon on her mind far more than she would like. To make matters worse, her ex refuses to take no for an answer.

What’s a girl to do? How do you choose between the unknown and the forbidden? 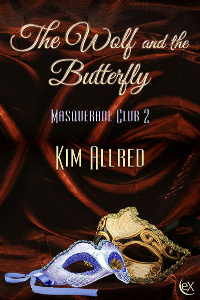 The Wolf and the Butterfly 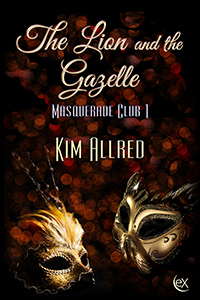 The Lion and The Gazelle
Kim Allred
In Shelf
$4.99

I strode into the Sour Whiskey like I had the three other bars this week. They all looked the same, smelling of microwaved popcorn and shattered dreams. Long and narrow, with the bar on the left and mostly empty booths with torn and taped-over seats on the right. In the back, a low-hung light cast a yellow glow over the worn fabric of the pool table. At only half past two in the afternoon, I wasn't expecting a crowd and didn't want one.

After my eyes adjusted to the dim lighting, I scanned the scarred but polished bar, evaluating each man perched on the wooden stools. The first one—too old. Ditto on the second one. The third one was younger, but his body sagged from too many donuts and years of beer. Only one other possibility remained, but he sat on the far side of the bar, deeper in the shadows.

I sighed. It would be worth one drink to find out.

As I drew closer, my hopes picked up. His hair was thick and dark, something you could grip your hands in, and though longer than what I usually went for, I wasn't here for a date. I scanned down the broad chest and thick muscular arms that bulged from the black tee. Black leather pants hugged his legs and ended in weathered motorcycle boots. Gothic. This might work, if I could only see his face.

I swung onto the stool next to him, ignoring him as I pulled a twenty from the pocket of my ass-hugging shorts and slapped it on the bar.

"What's your poison?" The bartender looked to be my father's age, but the extra ten years could have been from working in this dingy bar his whole life. His smile was friendly enough.

"Tequila. The best you have. And a couple orange slices, if you have any."

He poured from a bottle of silver tequila, then passed me a saltshaker and a small dish with two slices of orange. He left the twenty where it was.

I downed the tequila, ignored the salt, and bit into the first orange, letting some of the juice bleed down my fingers.

The bartender held up the bottle, and I nodded. He poured a second and moved away, still leaving the twenty where it was.

I repeated my ritual, and after dropping the spent orange onto the dish, I turned to check out the guy with the dark hair. He smelled of motorcycle oil and leather. Something deep in my belly sparked, creating a tightening between my legs.

His eyes were a deep cobalt blue. I found what I’d come looking for.