Tonight and Every Night (MM)

A funny, sexy, opposites-attract romance between two college students -- one an anxious, autistic virgin who has never been away from home before, and the other an easy-going hockey player with some well-concealed self-doubts. As long as you don’t call it a relationship, you don’t have to talk about your feelings, right?

PJ is socially awkward to the degree that he never expects to have a relationship or “normal” life. Everything other than math makes him feel stupid, and trying to fit in with the party crowd only results in him getting embarrassingly drunk at Giant’s apartment. He doesn’t have the first idea how to ask someone out -- especially not someone popular and hot.

Giant is having lots of fun but doesn’t know what he’s doing with his life. A working-class kid with an unexpected athletic scholarship, he feels stupid and low-class compared to most of his classmates. He’s had plenty of one-night-stands but none of them ever seem to see him as boyfriend material. When the cute nerd who somehow ends up in his bed asks to see him again, he can’t think of any reason to say no.

As they spend more time together, not all of it in bed, both men start to fall in love, but neither wants to risk ending what they have by asking questions about their relationship. Then they go home for Thanksgiving and familial opposition forces them to put their feelings about each other, and themselves, into words, and make choices about their future together.

But do they want the same things?

Tonight and Every Night (MM)

“Do you have stuff you need to do today?” Pidge asked.

“A little studying, and I need to hit the gym. I have an exercise chart I have to show my coach.”

“Since when do you like the gym? Pidge hated the gym. “I like spending time with you. Plus I thought if I worked out I might ... you know. Look better for you,” he finished in a mutter, twisting the hem of his shirt.

“Hey, what? You don’t need to look better for me. You look fine.” Giant put his arms around Pidge’s shoulders and murmured in his ear, “And it’s not like we can have more sex than we already do, right?”

Pidge flushed. “Maybe we could.”

“Yeah, if we stopped going to class and failed. Don’t you still have that project to finish?”

“It’s practically done. I just need to finish writing it and insert the charts.”

Giant checked the time. “Why don’t you finish now, and,” he added over Pidge’s attempted objection, “I’ll work on my history assignment so it’s out of the way. Then we’ll go to the gym, have a shortish workout, and grab something at the dining hall before it shuts. Then you can come back to my place and not worry about homework.”

“Right, good plan.” Pidge liked plans, and he liked spending the night more. Even when he didn’t get so much sleep. Especially then.

“I just need to get my computer from my room.”

“No prob.” Giant absently rested a hand on the back of Pidge’s neck as they walked, thumb stroking behind Pidge’s ear. The hand fell away as they reached Pidge’s dorm, but casually, not as if he cared that a few passing students had glanced at them.

Giant dropped onto Pidge’s bed. Pidge sat down beside him with his laptop and dutifully opened the file. As always, once he was looking at the numbers his mind focused with no difficulty. He was still peripherally aware of Giant’s presence, of his body sprawled a foot away with an open textbook, but it was only a vague but comforting sense of companionship rather than a distraction.

When he pressed save an hour and twenty-four minutes had passed. Giant looked up at the click of the laptop closing.

“Let’s get pumping, then.” He held out a hand and pulled Pidge to his feet.

The gym wasn’t as bad as Pidge had expected. It was the middle of dinner service in the dining hall, so there weren’t that many people. It wasn’t loud, and Giant talked him carefully though the machines. After forty-five minutes Giant said, “That’s probably enough for the first time.”

“That’s okay. We should get going or it’ll be too late for dinner.”

“It’s fine. Next time we’ll work out together, huh?” Giant leaned closer, his cheek brushing Pidge’s sweaty one. “And we can get some exercise in bed later, right?”

Pidge felt his heart and his breath stutter in a weird way. “Um ... Yeah? How?”

Giant chuckled. His breath was warm in Pidge’s ear. “You try to guess, and then later you’ll find out if you were right, okay?”

Pidge’s pulse raced. “Can we go back to your place now?”

Giant smiled. “No. We have to have dinner first. And you have to come up with three guesses. What could we do together that would be the most exercise? You think about it, then you tell me, and I’ll pick one.”

Pidge focused on the dark lock of Giant’s hair closest to his eyes. “What if I want two of the things equally much?” he whispered.

“Then we’ll do the other one in the morning. And the third one after that. And if I come up with something hot you didn’t think of I’ll do that after.”

Pidge felt like his heart was pounding out of his chest. He clutched at Giant’s warm elbow.

Giant drew him to his feet. “Come this way, Pidge. To the locker room.”

Pidge followed him, objecting, “But we came in these clothes.”

Just inside the doorway of the empty room, Giant pushed him against the wall, kissing him with wet, heavy tongue. Pidge felt knees sag and tried to straighten, but Giant said, “Don’t help. It’s my turn to work out.”

He lifted Pidge, wrists crossed under his ass, and carried him to one of the shower stalls. Held him against the wall.

“You’re not going to come right now,” he whispered. “This is just for inspiration. To help you imagine the things I could do to you later.” 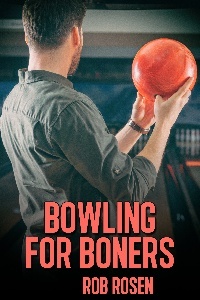