Two Spirit Ranch: After the Rain (MMM)
Jools Louise
In Shelf
$4.50
All Books In Cart
All Books In Bookshelf
Excerpt

John returned from Joe’s quarters to find the house void of youngsters. He felt a sinking sensation in his gut as his visit to each of their rooms came up empty.

Cameron stood behind him, eyes wide with horror.

“The little shits went after her,” John said quietly. “Bollocks!”  He cursed, scowling.

“Is there a problem?” Joe walked up quietly and John closed his eyes. Joe was about to go ape shite when he found out David was gone too.

“Our young, abused, and begging-for-payback group of junior delinquents decided to go after the bitch themselves.” Joe’s face went from casual enquiry to flat calm in an instant. His eyes glowed dangerously as he stared at John.

“Then I think we’d better go act as back up.” He patted John’s arm gently. “I think maybe you need to do this as much as any of us. You take point. Have Rafe and Murphy go with you. We’re needed here to guard the sanctuary. Take the radios in case you need us there in a hurry. I’ll let Pace know.” John nodded, green eyes filled with some indefinable emotion. Joe was trusting him to lead this mission, to bring back David and the boys.

“Thank you. For trusting me.”

“John, I know some of what you went through. I know you had a similar upbringing to him, then got out. You’ve proven yourself over and over again. I have no problem with trusting you.” Joe hugged John briefly. “Now, go get that bitch of a woman and shut her down for good.” John grinned at Joe’s fierce order.

Nodding, he went to get his crew together. Rafe and Murphy were the ones to have on his side in a fight. Fierce, fearless, and they kicked butt like no one else. It hadn’t escaped John that Joe had picked an explosives wizard, counsellor, and electronics boffin. They all had their specialities. John had a feeling when they caught up to the roadside zoo, Murphy’s talent as a counsellor may come in handy. There were bound to be young felines or feline shifters there. This woman was a link in the cult’s chain of enterprises. She acted as a kind of holding facility, as well as making a handsome profit for the Will and the Word’s coffers.

John had a fleeting memory of his family, his mother’s stripped carcass discarded like an unwanted scrap of meat. His lip curled dangerously. He wanted payback too, in the worst way. Maybe he’d do some scalping of his own, see how the bitch in charge liked having her skin removed inch by inch.

“Can I go with you?” Cameron voiced timidly.

John’s expression softened, and he looked over at the slim young man with that feeling that was deeper than affection, but he wasn’t quite ready to admit what it could be. He shied away from what he was fast believing was…he shook his head to rid the thought.

They were getting their gear stowed in one of the SUVs, then they would head off after the youngsters. He had no time for delving into the workings of his heart.

John approached Cameron, his footsteps silent on the hard dirt. He grasped slender arms with his fingers, then brought Cameron into his embrace. He kissed Cameron’s curly hair gently, inhaling the scent of coconut and spice. His snow leopard purred in delight.

“It’s far too dangerous for you. We’ll have enough to worry about with the kids. I don’t want you getting hurt.” He tilted Cameron’s face up to his, staring into those beautiful golden eyes. With a smile, he eased the glasses up Cameron’s nose, tapping a finger to the tip.

“When I come back, we could go out for dinner maybe. Or a movie. Would you like that?” Cameron sighed, looking disappointed, relieved, and delighted all at the same time.

“I’d like you to kiss me again.” His eyes begged, and John gave a small groan, his cock immediately responding with painful clarity. He hauled the younger man closer, moulding his slim body to his much larger one.

He dove for the soft mounds of his mouth, sliding his tongue along the crease of Cameron’s lips. He groaned again as Cameron opened for him, and he ground his mouth against the temptation. He explored every crevice thoroughly with his tongue, enjoying Cameron’s taste, devouring his sweet flavour as though he were a drug. He cupped Cameron’s tight little ass, rocking him against his body, getting them both worked up in a heartbeat. His leopard howled in agreement.

“We should get going, lover boy,” Murphy drawled teasingly from where he sat in the cab of the vehicle.

Reluctantly, John eased back, staring down at those swollen lips, panting hard. The moonlight provided enough light for him to see fairly well, his enhanced vision taking in Cameron’s closed eyes, the parted lips, and enticing wet cavern beyond. A pink tongue swept along the lush mounds and John nearly took him back inside, there and then. His cock was more than up to the challenge, but he found some focus from somewhere, pulling himself back.

“When I get back, we need to continue this. Preferably naked, on a nice comfy bed.” He laughed a little as Cameron merely nodded in response, eyes still closed.

“I have to leave, now. Don’t wait up.” John squeezed Cameron’s ass teasingly, planted a light kiss to the man’s nose, and then headed to the SUV, getting in the passenger side. He was navigator since he had the coordinates memorised in his head.

His last sight as they drove off was of Cameron’s lone figure standing forlornly in the ranch’s courtyard. His heart clenched. When he came back, he was going to quit pussyfooting around and claim the man. He wanted what Joe, Zack, and Leo had. He wanted a mate.

“So, you don’t think I’m a real man?” He brought Cameron’s slender hand down to his crotch, pressing the palm to his hard cock. “I’m told too much coffee stunts one’s growth, not a problem for a tea drinker. I’m six foot three inches…and everything’s in proportion.”

Cameron felt the thick wedge under his fingers, cupping the warm ridge which pulsed under his hand. Licking his lips, he unfastened the zipper to John’s pants, hearing the soft groan as John shifted restlessly.

“I think you’re the only man,” Cameron whispered, feeling brave as he delved under the flap of material, finding bare flesh, silken and warm.

“I think you’re one of the bravest men I know.” He freed his lover’s hard cock from the confines of his jeans, a gasp leaving his lips as he saw the length and thickness. At least nine inches, thick as his wrist, and throbbing invitingly. The tip, circumcised and gleaming with pre-cum, was like a ripe plum, begging to be tasted. “I’ve never done this before. Let me know if I do it wrong.”

John began to whimper, hips bucking up as Cameron fisted his thick cock. Anointing his thumb with pre-cum, Cameron released his seat belt to lean down until his mouth was centimetres from the spongy head. He nuzzled against the silken length with his nose, inhaling the musky scent, ducking his head and darting out his tongue. He traced the thick veins from root to tip, then moved his hand to his own zipper, yanking the thing down and freeing himself before his balls turned blue. Fisting himself, he let out a hungry moan, then opened his mouth over the thick head of John’s dick, sucking hard.

John bucked violently, nearly ejecting Cameron from the jeep. His hand came down, holding Cameron’s head gently in place, not pushing, just stroking the wiry Afro over and over.

Cameron vaguely heard the engine shut off, realising on some level that they’d pulled over. Most of his attention was on the thick cock in his mouth, though.

On his knees, butt in the air, his face buried in John’s lap, he heard the heady sound of John’s pleasure, tasted the salty sweetness of John’s beautiful cock, and ramped up the tempo. Sucking hard, he couldn’t take it all, gagging as he felt it at the back of his throat, eyes watering. Easing back, he kept up his pace, then moaned as a long finger found its way down the back of his pants, edging along his crease. He gripped John’s thigh like a vice, felt his heavy balls draw up as the finger at his crease tapped his rosebud gently, pressing at the tight ring of muscle there before with a gasping cry he came hard. His cum shot out, streaking over John’s hand, the seat, and even managed to reach his chin.

With a hoarse groan, John pulled Cameron off, pulling his mouth up and sealing their lips together passionately. Tasting both their flavours on his tongue Cameron straddled John’s hips, rocking against his lover, the finger at his rosebud probing deeper.

“Thank you. That was something else, you blew my mind and my cock at the same time.” He chuckled hoarsely, still trying to catch his breath. “I can’t get enough of you,” John murmured, peppering kisses across Cameron’s face, his face flushed and beaded with sweat, green eyes half-closed in sated bliss.

“Did I do okay?” Cameron asked, unable to stop the self-doubt.

“We could always spend the night here,” Cameron suggested breathlessly, feeling cool air on his bare dick which was beginning to show interest in the proceedings, engorging slowly. Every caress sent a jolt of pure lust zipping straight to his groin.

John laughed, then dug into the glove box. Finding some wet wipes he cleaned them both up down below, then gently arranged Cameron’s cock back inside his pants. When both of them were decently attired again he helped Cameron with his seatbelt and started the jeep. 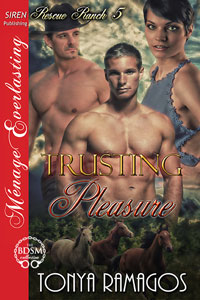