Following the disappearance of his father, keen photographer Owen returns to the Welsh village where his parents grew up to live with his mother and her boyfriend. Despite being born in Wales and having been raised in England, Owen feels like an outcast, and the villagers are unfriendly. He soon discovers an epidemic of cattle mutilations that have been spreading through the countryside like a rash and, determined to discover the cause, he takes up his camera and starts snapping pictures.

While pursuing the mystery, he meets Maredudd, an old friend of his parents of whom they had never spoken, and Owen can’t help but feel drawn to him. Maredudd seems to know more about the mutilations than the other villagers are willing to admit, and even more about the supposed death of Owen’s father than his own mother does. Maredudd shows Owen things he never thought possible, and Owen soon finds himself at the centre of the kind of folk tale only his father could dream of. 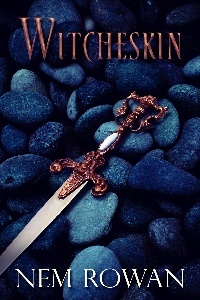 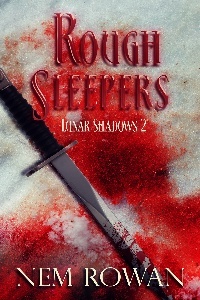 Flies crawled and spun, pale wings buzzing, liquorice bodies zooming forward, and stopping abruptly like poorly animated cartoon characters as their tiny, robotic legs scuttled mechanically over the bristling fur in which they laid their eggs. The air was polluted by their presence, more so than the stench coming from the corpse. It was going to be a hot summer’s day, and although the heat from the morning sun had yet to fully emerge from its slumber, the insects were out in full force. An undulating breeze ebbed and flowed over the cliffs, washing over the jade fields and emerald forests, but it did nothing to reduce the rotting, putrid ripeness humming beneath the hanging boughs of the trees.

A fly pitched on my cheek, and I slapped it away, unable to control the shudder of disgust that ran through me. No matter how many times I did this, the presence of the flies never got any easier. I always walked away feeling as though my skin was alive with the buggers. Itching, scratching, and scraping my nails through my hair never did me good. Only the sea wind, when I made it onto the cliffs on the way home.

She had fallen on her side, poor thing. Entrails had been dragged, unravelling like ribbons from a sewing box, torn and shredded, towards the trees. Blood soaked the grass, and flies, flies were everywhere. Rigor mortis had set in, causing her legs to go completely stiff, and her hooves to stand out in the air; she looked like a toy cow that had been thrown to the ground, frozen in a standing pose.

I could see her eye, bulging, wide open. Fear had left an imprint on her, like it did all the other innocent animals that had fallen victim to this epidemic of cattle mutilation. The only reason I knew she was here was because I had heard my mother talking on the phone to the farmer, so I had come running early in the morning, to get here with my camera before they came with a tractor to pull her sorry corpse away for disposal.

I crouched, careful not to press my knees to the blood-saturated ground and watched as the sunken tent of the cow’s empty torso came into focus, eyes squinting down at the screen of the digital camera. I had to get pictures from every angle. They were evidence, proof that something was happening here, and if no one else would document it, then I would have to. I felt like it was my duty to do this. It didn’t matter that I hadn’t grown up with manure in my ears like the rest of the villagers liked to brag -- it was about the animals. There was a reason I was vegetarian. I was powerless to stop the slaughter of the cows and sheep by the men who farmed them, but this was something else, something much darker and more mysterious.

Something roamed these woods, emerging in the middle of the night to attack, only it didn’t devour its victims. It simply mauled them, took parts it wanted, and then left behind a crime-scene worthy of a horror movie with bits and bobs lying all over the place. I had hundreds of photographs, and even so there were dozens of other deaths I hadn’t been able to document. That’s just how prevalent this had become, and still no one was speaking about it. They were all just burying their heads in the ground, pretending it wasn’t happening, or making excuses.

If anyone asked questions, they were shut down, told it was just a dog on the loose. Probably some poorly trained mutt from the city, brought to the area by campers, and left behind to run wild, never mind how ridiculous it sounded. Anything to keep outsiders from sniffing around was good enough.

That’s what I felt like I was, even after living here for four years. A stranger, an intruder, an outsider. They had welcomed my mother back with open arms, but me? No, I wasn’t like her.

Banishing my bitter thoughts, I swiped another fly from my freckled cheeks and stepped around the cow, boots squelching in the crimson mud as I took more photos. Instead I turned my mind to thoughts of what the papers would say when this all came out. What the newsreaders would say at breakfast. I had collected archives of documentaries and films from America, interviews with cattle ranchers who blamed the deaths on anything from aliens to El Chupacabra, footage of animals that’d had parts extracted with surgical precision.

It wasn’t that I didn’t believe in aliens or El Chupacabra. It’s just that that wasn’t what was happening here. There was no surgical precision in these deaths. Only blood lust and destruction, as if whatever was doing it took great enjoyment in its nocturnal activities and relished in the grotesque buffet of meats it had left behind. A sort of Jack the Ripper for cows and sheep.

Suddenly I heard the chugging of an engine. I turned, looking up towards the top of the field where it crested into a hilltop, and I saw the black shape of the tractor heading this way. It was time for me to leave. I replaced my lens cap and climbed the wooden fence into the woods, camera hanging on its strap bumping against my chest as I hurried off through the trees, boots still creating audible squishing sounds in the gory mud. I followed the bloody stain deeper into the woods, leaving behind the noise from the tractor, until finally it was replaced by the twittering of birds, my red carpet turning to green grass and wild garlic.

I breathed deep. My dad used to say he always went into the woods to breathe in the scent of the garlic when his asthma was bad. He said it cleansed his lungs better than any medication ever could. I breathed deeper. My clothes stank of iron and bile, and my skin was itchy as usual, but I restrained the desire to scratch, instead shoving my hands into the pockets of my hooded jumper and watching for tree roots as I meandered through the woodland. Sunlight glittering through the crisp leaves overhead dappled everything in sight. Pairs of butterflies whirled together their chaotic dances of love. I enjoyed seeing them; it was reassurance that there would be many more butterflies to come. The grass tickled my bare legs when I moved through it. There was no path, but I could hear the sound of the tide on the beach, which mean I was getting close to the coastal path.