Tyler Newsome is heading home to the Lazy N, tired of the rodeo and tired of always being his charismatic twin's shadow. It's time he gets a life of hisown -- and maybe the man he's always dreamed of, too.

Ren Alston's attracted to Tyler, but never made a move because of his own mental and emotional baggage. But after years spent taming his demons and gaining control in every aspect of his life, Ren sees the younger man's return as a sign of good things to come.

But first, they have to deal with Tyler's twin, past indiscretions and Ren's brothers. Will these cowboys manage to build a strong foundation of trust and love? Or will their problems be too much for them? 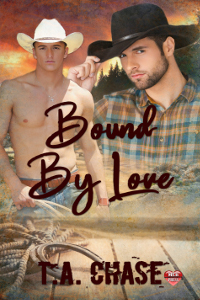 "Where the hell do you think you're going?"

Tyler turned to see JT glaring at him. Tyler climbed out of the trailer, patting Gonzo on the hip as he went by.

"I'm going home, JT." He closed the back end and made his way to the cab.

"You're fucking kidding me, aren't you? You can't quit on me."

JT grabbed his shoulder and spun him around. Tyler stared into hazel eyes and a face he knew as well as his own. Anger gleamed in those eyes.

"I don't want to do this anymore. I'm going home to help Dad with the ranch." Tyler met his twin's gaze.

"So you're the good son. Going home to bury yourself at that God-forsaken ranch. What happened to all that talk about getting away from that podunk town?" JT's chin jutted out.

"It has nothing to do with being a good son. Dad doesn't care about that stuff." He tugged off his hat and shoved his fingers through his hair. "I'm tired. I'm not as good as you. It's time for me to admit that and let some other kid get his chance. Besides, you don't need me."

His tone was casual, but it didn't hide JT's nervousness. Tyler knew his brother wasn't sure how he'd handle dealing with situations on his own. Tyler usually dealt with the entry fees, the horses and bills while JT took the praise.

"Why are you taking Gonzo?"

"You hate that horse and he'd never work for you. I figured you'd be hooking up with that blond calf roper or maybe Slim Anderson. Bitsy can ride with his horse." Tyler settled his hat back on and held out a hand. "I'll see you when you come home at the end of the season."

"I know why you're really going back home, Tyler."

JT's smug comment made Tyler want to punch the man.

"If you hook up with him, you're always going to wonder if he's fucking you because you look like me."

"Not even close. We both know who our daddy is since we look just like him. Go running back home. You were just coasting on my coattails anyway." JT spit on the ground next to Tyler's feet.

Tyler climbed into the cab, ignoring JT. He should have known his brother wouldn't accept his leaving gracefully. He flung his hat upside down on the backseat and sighed. The decision to quit the rodeo hadn't been easy, but after another conversation with Dad, he'd realized his heart was back at the Lazy N.

After starting the truck, he eased out of the fairgrounds. Glancing in the rearview mirror, he saw JT standing right where he'd left him. There was a slump to his brother's shoulders Tyler hadn't seen before. Had he hurt him with his decision? Yet Tyler couldn't see any other way for him to be happy. Life on the road wasn't for him. He'd make it home in fourteen hours with a few stops along the way. He dialed his father's cell phone.

His father's gruff voice made him smile.

"Just left the fairgrounds." He accelerated onto the highway. "I should be home late tonight."

"He's pissed. Probably would have loved to punch me, but I didn't give him a chance to do it." He grimaced.

"I'll be expecting a call from him." Dad sighed. "He'll get over it, son. You've always been there for him. You gave up a lot to make JT happy, but it's time for you to find what makes you happy."

Shit. He'd never felt the urge to mention it to his father that he was gay before this. So why now? Cutting the ties with JT must have made him worried about losing his dad as well.

"Ty, you're my son. Nothing, and I do mean nothing, will ever change that fact." Dad's voice was strong and sure.

The words and tone warmed Tyler. Dad just might mean it. "I have something to talk to you about when I get home."

"That's fine. Drive careful and I'll see you when you get here."

Hanging up, he set the phone in the cup holder. He set the cruise and settled back, happy to be heading home.

Ren watched Newsome tuck his phone back in his shirt pocket. "Tyler coming home for good?"

Newsome grinned. "Yeah. He lasted longer than I thought he would. Ty's a homebody. His heart is happiest at the ranch."

Ren kneed his horse to herd the cattle toward the holding pen. It was head count time at the Lazy N and Ren had come to help the man out.

"Really? Seemed like neither he nor JT could wait to get the hell out of here when they turned eighteen."

Newsome grunted as his horse took off after a bolting steer. When he forced it back in the herd, the older man glanced over at him.

"JT couldn't wait to leave. Ty went with him because that's what JT expected. JT's the leader and Ty follows, simply because it's easier." Newsome frowned, rubbing the back of his neck. "I might have encouraged that."

Ren turned his mount to the side as the herd filed into the pen. He leaned forward, resting his elbows on the saddle horn and letting Solace relax. "Encouraged?"

"JT is the wild one. Crazy and irresponsible. I've always relied on Ty to keep him out of trouble. When JT headed out on the circuit, it was assumed Ty would go with him." Newsome checked his watch. "Quitting time. We'll bring that last bunch in tomorrow." He swung down from his saddle. "You staying tonight?"

"If it's all right with you. Isaiah will check the horses for me."

Ren dismounted and loosened the girth on Solace's saddle. The grulla mare heaved a sigh like she was happy to be done working. He took the reins to Newsome's grey and watched as his temporary boss walked away. No more conversation. Which was just as well. Ren needed to be alone. It was going to take a while to wrap his mind around the fact that Tyler Newsome was coming home to stay.

Ren led the horses to the barn.

Ren let the shadows hide him as Tyler's black crew cab F-150 braked to a halt in front of the barn. He didn't say anything, wanting to check Tyler out without him knowing.

Tyler stepped from the truck, setting a black Stetson on his caramel curls. It was strange how different JT and Tyler were, even though they were supposed to be identical twins.

Tyler kept his hair long enough for curls while JT cut his almost military short. JT moved with frenetic energy and talked like he was strung out on caffeine or speed. Tyler glided like a big cat and never talked much, but that might be because JT seemed to talk enough for both of them. There was a steadiness about Tyler. It made a person trust him and his word.

"Can I help you get Gonzo settled for the night?" He moved from the side of the barn into the light.

Tyler didn't react. The man probably knew he was there all along. "Sure. If you could grab the black blanket out of the storage area in the trailer, I'll unload Gonzo."

Ren dug out the horse blanket while Tyler opened the trailer. He followed the pair into the barn and waited until Gonzo was clipped into the cross-ties before approaching them.

The younger man grunted and gestured toward the tack box in front of the empty stall. The red blanket covering the gelding was swept away and Ren gave a soft whistle.

"I knew he was going to be a good-looking horse when I sold him to your dad. You've taken great care of him."

He walked around, studying the quarter horse. Ren raised quarter horses. His Montana ranch was known nationally as breeding some of the finest black dunâ€”or grullaâ€”quarter horses, the rarest coloring of dun.

Gonzo's coat was almost grey. His black dorsal stripe ran along his back down into his tail. The lower part of his legs were black, fading up into the gorgeous grey coat. Large black eyes stared back at him and he saw the intelligence shining in them. It was Gonzo's intelligence and aggressiveness that led to the decision to geld the horse.

"He still hate JT?" Ren pulled out a curry comb and started brushing Gonzo's left side.

"Goes after him as often as he can. Gonzo's better than Bitsy, but since there's no way Gonzo will work for JT, I decided to bring him home." Tyler didn't look at him.

"Bitsy is more forgiving and less likely to make JT pay for his stupidity." Ren finished his side. "Why do you put a different blanket on him?"

"Lets him know he's in for the night." Tyler shrugged, a slight blush on his cheeks. "Something I started when we got him."

"Nice." He stood aside as Tyler put Gonzo in his stall. "Need anything else?"

He fought the urge to hug Tyler. He could tell exhaustion dogged the other man's steps. Also, a hint of sadness showed in the hunch of Tyler's shoulders. "I'll see you later on then."

"You staying?" Tyler grabbed a bag from the cab and finally looked at Ren.

"Yes. Makes it easier on Solace when I don't have to trailer her every day. Your dad's giving me ten steers to take home for training the horses." Ren leaned against the barn door.

Tyler nodded. "I better get inside before I fall asleep out here."

"Sleep well, Tyler. See you in the morning." Ren moved toward the bunkhouse. He heard the front door of the main house open and close.

Things were going to get interesting. He wouldn't be able to keep his interest hidden for long. Maybe it was a sign that the one man he couldn't forget had come back to stay this time. 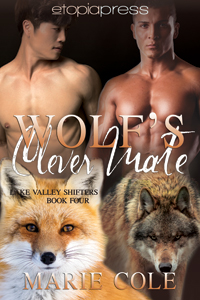 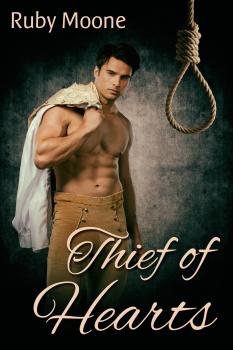 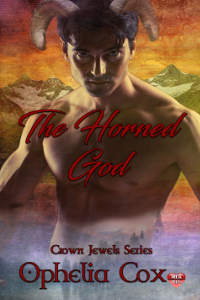 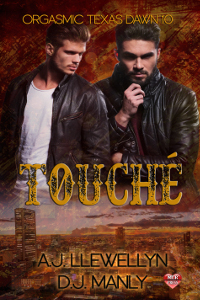