Branded by the Texans (MFMM)

What can three Texans do to a woman’s body and heart? Kylie is about to find out. Beyond her wildest dreams. On a parallel Earth.

It’s 2009...Kylie is on the run from the law for a crime she didn’t commit. A promising doctoral student, she’s lost everyone and almost everything, except for what she stows in her car. Now, Kylie has to salvage the rest of her life. But where, in this age of GPS tracking, TV's Most Wanted and cameras everywhere?

It’s 2009...Dillon, Dono and Dash are three brothers desperate for a wife to brand as their own. The Union made women scarce in the Three Star Republic by releasing a bio weapon's plague during the border wars. These tough-as-leather Texans will do anything to keep the right woman, even if they have to lasso her like a wild filly and love on her until she loves them back.

Branded by the Texans (MFMM)

Dillon hitched his boot on the first rail and leaned forward, resting on his crossed arms. Swishing their tails, four of their year-old fillies munched on the fresh hay they’d been given in the morning. They were part of the next generation in the ranch’s breeding program to create the hardiest and best-looking stock.

Joining him, Dono and Dash keenly studied his expression, once they’d planted themselves.

“I don’t want to know,” Dillon forestalled any explanation. Looking away from his brothers, he eased himself by watching the fillies, yet kept Dono and Dash in his peripheral vision.

“We need more of a plan than just the garden,” Dono began.

“What kind of plan?” Dillon kept his tone neutral.

“You know that hole in the dimensional wall near Pine Springs at the gas station? I hear tell it’s still open.” Dash propped his boot up.

“Talked to Craig last Saturday,” Dono continued. “He says they still get vehicles with license plates and the people want to pay with credit cards. When they ain’t single women, he pretends to take the information and tells folks to make certain they get back on the main road the same way they came through town because a bridge is out.”

Dillon shook his head, stopping Dash. “I’d lasso a woman for us quick as a rattlesnake strikes and bring her home. That’s accepted here. It don’t seem right when the woman is from a parallel world.”

“Hell, you could be doin’ the woman a favor,” Dash persisted. “Pamela says there were all sorts of women from her Earth who were looking for what she called their ‘soul mates’ and having no luck.”

“Talk about wanting a woman, big brother. How long will it take us to lure a woman here, even with the niceties? Right now, unattached women are scarcer than hen’s teeth.” Dono punched the fence plank, emphasizing his frustration.

“Yeah, and the fallout from the plagues has caused a low birth rate.” Dash kicked the dirt, barely stirring any dust from the low mountain ground of northwest Texas. “Besides, I don’t want no close-to-the-cradle bride. I want a real woman.”

Dillon dropped his head, staring at nothing. “Yeah, I agree. I want a woman not a child that still needs raisin’. What does Craig want from us?”

“Stud service for his two mares,” Dono quickly answered. “I know he’s been after our line for a long while.”

“We tell him our general preferences, and he puts us at the head of the list for that type of female. One of us has to be within ridin’ distance of his fill-up station or someone else gets the call.” Dono’s gaze glittered with his desperate hope.

“It’s still faster than tryin’ to lure a woman here or canvassing the whole republic for a bride.” Dash used his most convincing voice.

“Let me guess, you two already told Craig our preferences.”

Dono and Dash nodded as one. “Just like we discussed,” Dono seriously replied.

“And how is this plan supposed to work? There are no roads to drive the Tesla or the trucks into Pine Springs. And the ranch don’t take care of itself.”

“We all take three day shifts,” Dash answered too enthusiastically. “It’s only half a day’s ride down our mountain path.”

“Besides it will give us a chance to make more barter deliveries to the general store.” Dono slightly grinned.

Dillon figured he knew that he and Dash were winning their big brother over. “You two got this all worked out, have you?” Turning at the waist, he leaned on the top rail again.

“We’ve been talkin’ a lot, figuring it out, yep.” Dash tossed back his long auburn hair. An unruly forelock had fallen over his eyes. “You’re not the only one loco and longin’ for a woman around here.”

“Must be true.” Dillon heard the dry retort of his voice. “Since you two got stud hormones that won’t be eased by pounding fists on each other. Promise to stop, and I’ll go along with this plan.” Dillon drilled them with his gaze. “Act up again, and I’ll stop it deader than a border raider’s blasted ass.”

Dillon scowled. “This doesn’t get you two out of garden duty.”

Dono jabbed Dash’s ribs with his elbow. “Come on. She’s not gonna want a steady diet of meat, canned vegetables, biscuits and beans.”

Watching his brothers gallop toward the fenced-off plot with Maisy and Wayward hot on their heels, Dillon briefly shook his head.

One of the fillies, a chestnut he called Stargirl because of the marking on her forehead, approached and nuzzled his chest. He rubbed her gleaming neck. Her winter coat had fallen out mostly and she shone with a deep red color. “You’d make a good mount for a woman, my Stargirl.”

Despite his misgivings over the whole dang scheme, Dillon shrugged. He could kill two birds with one stone. They could all be on the lookout for a woman while increasing their trade with the general store. Their ranch’s tanned hides and smoked beef were always in demand. To their benefit, they’d stock up on needed items as well as purchase more of the luxuries. A woman would appreciate that.

“How about your ankles, darlin’?” Dillon swirled his thumb over her outer ankle.

“Please.” Her voice was barely above the sound of the water.

Continuing to massage her foot with one hand, Dillon smoothed his other palm over her ankle. Dash watched him languidly stroked the sweet shape with the length of his fingers. Dono followed his lead using his thumb to lightly stimulate her sexual point, the one located below her inner ankle.

“I should be dreaming.” She sighed luxuriously. “I’m keeping my eyes closed just in case I am dreaming. Besides, those cowboy cocks of yours are looking for love already.”

All three brothers locked gazes with each other. “Lookin’ for love, like the song?” Dash fondled her ass with small squeezes.

“Yeah, the song. From a John Travolta movie.”

“John Travolta?” Dono cupped her ankle between his hands and massaged.

“There is no John Travolta, the actor, here.” Dillon gradually smoothed the heel of his hand up the water-slickened flesh of her calf.

“Mmmm…Viking cowboy. Who did sing it? I can’t recall on my Earth.”

Dash watched the shower spray strike his wife’s body forming rivulets that flowed over her delectable round shape. Heaven had definitely found him, and he wanted to stay. “Lots of artists here, honey. I’ve been known to belt it out now and then.”

“Mmmm… a singing prince cowboy.” Kylie moved against him, sensual as a big cat. “Oh, yes,” she moaned, “your hands are driving me so sexy-insane.”

Dono braced her foot against his solar plexus, then slipped both of his hands up her leg. Sweeping longer strokes, he massaged her calf, gradually including her knee.

Clenching her ass tighter, Dash slipped his thumbs over the tender inner flesh of her crack.

“Three against one. I’m liking this more and more.” Arching her back, Kylie pressed her butt against his loins.

Dash groaned. Of its own accord, his shaft nudged her twat’s petals, steamier than inside the shower stall. Controlling himself, he gently rubbed his cock’s head back and forth, and ached mightily to plunge inside her.

“Such a nice tease, prince cowboy,” she throatily crooned. “Yes, oh God, my thighs have never felt this good…Dillon, Dono.”

Nestling the crown of his shaft between her carnal folds, Dash took a look at what his brothers were doing. They massaged in different ways, fondling the entire length of her thighs.

“Kylie,” Dono darkly purred above the sound of the shower. “I’ll bet you’d like me pleasurin’ your nubbin.” Dono eased his hand over her curls. Cupping, he kneaded her woman’s plump mound.

Tightening her hold on his neck, Kylie uttered a strangled whimper and rocked her sex rose on Dash’s cockhead.

Dono slipped the side of his hand between her thighs. Teasing the cleft of her mound, he fingered open her female flesh. “I’ll bet you’ll like Dash puttin’ his big cock inside you at the same time.”

“Come here, Kylie,” Dillon commanded. “I’ll hold onto you and suck your teats.”

A needy cry escaped her throat, and Kylie let go of Dash’s neck. Leaning forward, she reached for Dillon. Her arms flew around his neck and she clutched him like a lifeline.

“That’s it, my sweet thang.” Dillon roved his hands over the voluptuous swells of her hips and the slender dip of her waist. “Dash’ll keep himself reined in till you want him real bad.”

Gripping her thighs near her ass, Dash spread Kylie as her legs loosely surrounded Dillon’s hips. Rearing wild with ache, he jabbed his cock’s head inside her slick little hole. Not wanting to take her too fast, he fucked her entrance and waited for Dono to do his special magic with her feminine bud. “She wide enough for you, brother?”

“Yep. I feel her. You’ve got the most exquisite nubbin, Kylie love,” Dono crooned, coaxing her to let go of any inhibition. “You like me squeezin’ it this way? Strokin’ this way?”

Kylie squirmed on the hot poker that was his cock and danced in that cat-like sinuous way of hers. Dash stroked her inner thighs with his thumbs. More and more, he fell in love with the way his wife moved, with the feel of her body.

“Dang, princess,” he growled. “I want to melt the cream in your sweet pussy.”

With his loins on fire to buck like an untamed stud, Dash gave it to her deeper. The fluid undulation of her hips met his pumping shaft, then thrust forward to Dono’s fingers as he continued fondling her clit.

Dash lunged faster, her pussy’s scalding hole irresistible to his breeding flesh. The frenzied motion of her hips matched him, and even taunted his endurance.

She gurgled a keening sound of pleasure and ache, both. “Harder. Pull my clit harder. Oh, Dono, yes.” 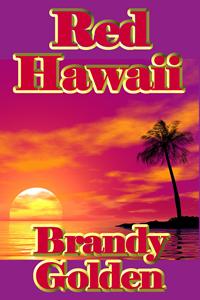 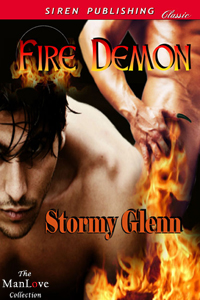