Molly Durant has been in love with Richard Grant since she was a teen. Richard has always treated her as a kid, but she’s never given up hope that he would someday notice her and claim her as his own. Then Molly met Alan Zimmerman and felt an identical kick to her lust-o-meter that Richard inspired. When she discovered the two men were D/s and members of a certain club, Molly planned a most Brazen Seduction.

Richard has always told himself his best friend’s baby sister, Molly, is off limits. When Molly appears at Reckless Abandon, a submissive to be auctioned to the highest bidder, Richard knows he must win her.

But another wants Molly and believes she was meant to be his sex slave. And he will stop at nothing until he has her exactly where he wants her.

Will Richard and Alan claim Molly as their mate, or will time run out?

5 LIPS: "Morgan Ashbury gives D/s readers another BDSM-filled treat with a second tale in her Reckless Abandon universe, Brazen Seduction. While characters from the first book are featured in this story, readers do not necessarily have to read both stories to fully enjoy Brazen Seduction although you probably will run to get the first book in Ms. Ashbury’s series because of her wonderful characterization. Wow! All I can say is that Morgan Ashbury really knows how to weave bi-sexual characters believably into the storyline while infusing the story with hard-core D/s action. From the moment we meet Richard and Allen it’s abundantly clear that Richard is the dominant one in their love play. While they are perfectly content in their relationship, both realize something is missing. Could this something be Molly? Molly at first feels that she might have gotten in way over her head with both men, but she is finds herself pleasantly powerless under their very capable hands. I couldn’t help but admire the man Richard Grant is, torn at first with finally touching his friend’s sister but instinctively realizing his partner Allen needs to step up and let loose his own dominant proclivities. Make no mistake about it; both men equally dominate Molly to my utter delight. While Molly is enjoying a double Dom sandwich, someone else is equally interested in dominating her. This suspenseful touch made me love this novel all the more as I wondered how Richard and Allen would keep their beloved Molly safe. Don’t miss Morgan Ashbury’s Brazen Seduction, a delightfully delicious BDSM story. If you’re like me, you’ll definitely long for Ms. Ashbury to return to this setting soon!" -- Victoria, TwoLips Reviews

More From Reckless and Brazen

Finally! Molly thought the moment would never arrive. Her rotten luck saw her given the last number for the night. Nine other subs went before her, six men and three women. But from the moment she came out on stage, she’d been aware of Richard.

He didn’t leave his post by the bar, but neither did he take his eyes off her. Alan, on his left, stood quietly. She understood the nature of their relationship now that she’d done some reading and studying. Alan didn’t seem overt in his submissiveness. But then, she didn’t know how much of their roles they shared with the world. She’d been taking covert looks at the crowd during the auctioning of the other subs. She saw couples—both same sex and mixed gender—who seemed to enjoy showing off the D/s dynamic with leashes and collars. And she saw couples like Richard and Alan, and Jordan and Marcus whose behavior appeared much more subtle.

Richard left the bar and slowly made his way toward the stage. She couldn’t read his expression. She quickly cast her glance down, as she’d been told to remain until directed otherwise.

Molly did as the faceless female voice commanded her to do. She made her movements slow so that each quarter turn provided ample opportunity for the club’s patrons—Richard—to look their fill.

“Number ten, turn your back to the audience, spread your legs, and bend over.”

Molly felt her face heat. She cursed her vanity for having chosen such a blatantly sexy garment in the first place. She didn’t know how much the audience could see because she simply never checked herself in the mirror at this angle. She suspected they were getting an eyeful of pussy.

“Number ten, stand straight and face the audience. Raise your head and focus your gaze on the bar. Master Jordan has decreed that the bidding on number ten shall begin at one thousand dollars.”

Molly should have been used to this process by now, as she listened to the bidding back and forth for all nine of her predecessors. It felt a hell of a lot different when she knew the patrons would be bidding on her.

That was not Richard’s voice. Though difficult, she managed a small glance to her right. The lights thwarted her, and all she got was an impression of a tall man wearing some kind of strange mask. Then the image of black eyes, Satan’s eyes, returned, and she knew who’d just bid on her.

“Master Bacchus has opened. Any others?”

“One thousand, one hundred.”

Thank God. That was Richard. She tried to read his mood from his voice. It might have been an easier proposition if he put some inflection into his words.

Oh dear. It seemed that someone really wanted her, and she very much feared that someone was not Richard. Her heart thudded in her chest and sweat slicked her breasts.

Shit. She didn’t like the odds of her top staying up if she sweated too much.

The crowd fell silent, the bidding for her having eclipsed all others tonight. She began to shake, because something about the man, Bacchus, frightened her, though she couldn’t say what, and because it looked like he might win.

It seemed odd to her he’d call himself Bacchus. Every depiction she’d ever seen of the minor god showed a plump, jovial man with a face wreathed in pleasure.

Nothing about this Bacchus spoke of pleasure.

Molly didn’t want to become the sub of a man whose face she couldn’t even see, a man who set her inner alarms off. She let her glance slide to him once more, and nearly jumped when she realized he’d been waiting for her to do that, and met her gaze steadily with two eyes as black as tar.

Molly swallowed hard and turned her gaze back to the bar. It felt as if long minutes passed since the emcee asked Richard whether he would care to bid over five thousand dollars.

Oh, my God, that’s a lot of money. What if he isn’t prepared to go any higher? What if…

More, oh please, I need more.” Her plea came on a trembling sigh, and he knew her arousal climbed.

He felt it in her rising body temperature, her labored breathing. He sucked one nipple into his mouth, then released it and laid his head on her chest. Her heart pounded for him, for what he did to her.

“More fingers, sweetheart? I’ll give you another, then.” He inserted a third finger, pushing into her as she moaned and lifted her hips, pushing back against him, working the friction and the fullness, wringing, he knew, every drop of pleasure from it she could.

“Please, I need your cock inside me.”

He found her lips with his, kissed her long and sweet. He loved the flavor of her, the shy eagerness with which she received his tongue and then tasted him in return.

“Don’t be in such a hurry, love. I want to play with you some more. Besides, I have something special in mind. Something I want to try.”

“Yes, try anything. Everything.” Her voice dipped, her hips moved, and he knew she struggled to gather herself, to bear down and force her own orgasm. He couldn’t blame her. When it felt deliciously wonderful, all you wanted was the prize. It was hard to remember there could be pleasure derived from the journey, too.

He moved his fingers in and out of her, and hissed when she wrapped her hand around his cock. Silky here, too, when he wore a layer of latex between his dick and her hand. It made her hand feel as if it had been made of a softer texture than mere flesh.

He thrust into her hand even as he pulled his out of her for a heartbeat. He’d opened the jar of lube earlier and now helped himself to a generous dollop. When he brought his hand back to her, brought it to her opening and pushed, she gasped and went still.

“Alan?” Molly panted and relaxed her legs, letting him have more access.

“Yes, love. Let me just see if I can help you prepare properly for us.”

“Do you need some more lubricant?”

He knew Richard came into the room, but guessed Molly didn’t. He smiled against her mouth when he gave her another fast kiss. He turned to look at his master as the man peeled out of his clothes.

“She’s sopping wet with the lube I’ve already used,” Alan said to him. “Just let me try. Molly, relax your muscles a little more for me, sweetheart.”

When Richard climbed onto the bed on the other side of Molly, Alan relinquished whatever initiative he’d been taking. Richard used her hair to tip her head back so he could kiss her. Alan rubbed his cock against her ass and he felt Molly melt for him.

Alan brought all his fingers together, including his thumb, creating a wedge with his hand. He pressed against Molly’s slit, rotating, rocking back and forth, side to side, all the while keeping the pressure against her steady. A little, then a little more. And then he sighed.

Oh God. Molly let her head fall back inhaling deeply as shivers of arousal prickled her flesh. Her pussy felt as if it was being stretched beyond endurance, a burning fullness that reminded her of the first time she took Richard’s cock in her ass. And like that time, all she wanted to do was come.

“Don’t move, Molly. And don’t come.” Richard said the words into her ear, but she knew Alan heard him.

“I can’t…I need…” She couldn’t even form a coherent sentence.

Richard chuckled. “We know what you want and what you need. Let me tell you what you’re about to get. Alan and I are going to put our cocks in that delicious cunt of yours…at the same time.” 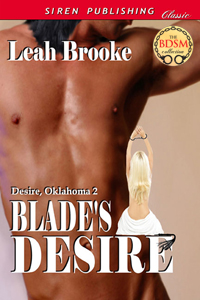