Her entire life, Simone Sutherland has suppressed every desire but one; to dance professional ballet. But with that dream slipping away, her ballet theatre has a world famous visitor; Nikolai Kozlov, her inspiration. And after a lifetime of frustration, watching his gorgeous, rippling body glide across the stage ignites an inferno of lust within her that threatens to consume her unless quelled by Nikolai’s sexual domination. The problem is that Nikolai refuses to acknowledge her and her uncontrollable lust is driving her insane.

*Previously released as ‘BREATHLESS FOR HIM’. 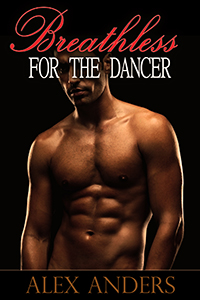 Nikolai grabbed Simone by the wrists, pushing them around behind her back. “Now why don’t you admit to me that you came here purposely?”

She bit her lip. “I didn’t know you were in here…”

“But I did see you in here when I opened the door, and that’s why I came in.”

“Maybe is not an answer, little girl. Yes or no?”

“Yes, sir,” she said anxiously, her breathing ragged. The feeling of his hands around her wrists was making her knees shake and her head spin. She felt as though she may faint.

“And what do you think now that you have it?” he asked.

“I spent the last three hours torturing you and you love it?”

Nikolai frowned thoughtfully. He reached up and slapped her face lightly. She gasped softly, a shot of pleasure going down her spine. When she said nothing, he slapped the other side of her face, harder. She bit her lip, saying nothing.

Nikolai turned her around and pushed her head down, bending her over, holding her wrists against the small of her back. He cracked a hard hand down across her ass, making her whimper. He lightly swatted her pu**y, making her jump and cry out in pleasure. He slipped a couple fingers inside her dripping hole, making her moan.

Simone lifted up her head, watching him at work in the mirrors surrounding them. Watching the way he was holding her hostage as his fingers dove in and out of her, she saw the bulge in his tights and look of desire on his face. Her muscles tensed as she struggled to hold back everything that had been trying to spill forth all day. 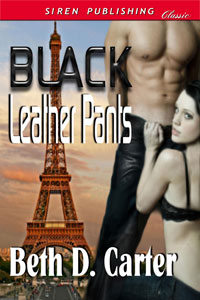 Submit to Him: Inside Knox's Sex Dungeon
Lara Simon
In Shelf
$1.99

The Depth of Desire (MF)
Jill Blair
In Shelf
$3.99
Tweets by
sirenbookstrand