A comet is set to destroy Earth, but Kyle Singer is determined to survive.

Tired of being treated like a second-class citizen thanks to her perfect brother, Kyle doesn’t think twice when offered the opportunity to attend an academy formed to stop the comet. It’s not like there’s going to be much left after the comet hits, anyway.

She's drugged, shipped off to the school, and thrown into a relationship with Ichiro Seung-hun, an exchange student from South Korea. The school isn’t just about stopping the comet. It’s a breeding program for after the comet hits and wipes out the human race. Terrified of becoming a baby-making factory, Kyle and Ichiro will do whatever it takes to escape.

Even if that means dying. 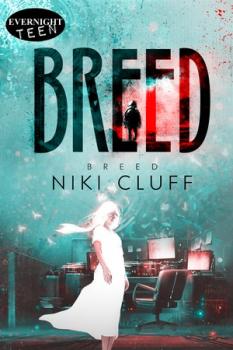 “Ah, I see you’re both awake,” Hartmann’s voice breaks through the static and her image appears on the screen. Beside the TV, I spot a flashing red light. A security camera.

“What is this?” Angel stands and brushes off the seat of her jogging shorts. I wonder if that’s what she wore to bed when I realize I’m no longer dressed in my pajamas, but yoga pants and a workout top.

“It’s a test,” Hartmann says. Her image disappears from the screen and the rolling door at the opposite end of the room lifts.

Bright light illuminates the room from beneath the door, burning my eyes. I lift my hand to shade my eyes against the scorching light. Angel does the same. I get to my feet when the TV screen flickers again. An image of Ichiro and Preston tied with ropes and trapped in a cage appears on the screen.

“That can’t be real,” Angel says. She turns toward the open door.

They’re trapped in a cage made of bars and surrounded by thick foliage that reminds me of a jungle. I shake my head. “I don’t know.”

We live in the desert. Not a jungle.

Angel moves toward one of the walls and grabs a sword from one of the shelves. She tosses me one. “Time to find out.”

She doesn’t wait for me as she charges out the door and into the blazing sunlight. I follow behind, but I’m not as fast as she is. Her legs are longer and muscular. She’s a runner. The path begins in the desert with Joshua trees, cacti, and tumbleweeds lining the path. There’s fencing on both sides of us and I can hear the buzz of electricity making its way through wires. Behind us, the gate drops with a clank. We’re trapped in this place.

Heat beats down on us and sweat gathers on my forehead and back. Even with taking the kendo classes, I’m not in enough shape to keep up with Angel. She sprints ahead, holding the sword in her right hand. She’s not concerned about our lack of water. Or the fact that the path isn’t really a path. The brush has been cut away, but it isn’t a worn space from people traveling up and down the trail.

“Angel,” I call ahead, but she doesn’t stop.

“The path curves up ahead. I can’t see the fencing,” Angel says.