Bride for a Champion (MF)

Heat Rating: Steamy
Word Count: 22,984
1 Ratings (5.0)
Historical
[BookStrand Historical Romance, HEA]
I Command you to marry the bearer of this letter. Lady Alice Martinswood has no choice but to obey her dead father’s final instruction. His choice is his champion, the mercenary Simon Paton. To Alice, the handsome, arrogant Simon is a dangerous, seductive stranger.
Bewitched in turn by Alice, Simon is appalled when he discovers that Alice’s father disowned Henrietta, her younger sister, when Henrietta fell in love and eloped. Simon promises Alice that he will help her find her sister.
Still having nightmares after witnessing the sack of Constantinople, Simon misunderstands Alice’s tears of joy on their wedding night. Swearing not to hurt her again, he decides he must not touch her—a promise he finds impossible to keep, especially when Alice vows to beguile him…
Meanwhile Simon and Alice trace Henrietta to medieval London, wandering together through the perilous, exciting streets. Will they find Henrietta? Will they find true love with each other?
A BookStrand Mainstream Romance 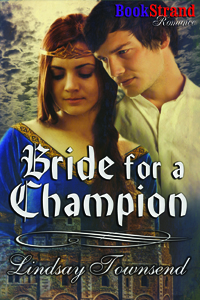 Bride for a Champion (MF)

5 HEARTS: "It’s the year 1204 in England, and Lady Alice Martinswood’s dead father commands her to marry the man who saved him from some attackers. She’s not happy about being married to a stranger but has no right to object. What she really wants to do is search for her missing fourteen-year-old sister. She convinces her new husband, the mercenary Simon Paton, to go to London to look for Henrietta. This is not an erotic romance as such, but it includes love scenes. This is an excellent story. The characters are engaging and fully developed. The history is part of the story, not just wallpaper. And the plot is fitting to the time period yet draws the reader in immediately with well-paced action and realistic problems from that era which surround the characters. I like the way Ms. Townsend shows Alice’s character by the way in which she reacts not just to her new husband, but also to the other people and situations she meets. Never once does she stray into a twenty-first century type response, yet she remains full of spirit and with a neat way of turning the situation to her advantage, or getting the response she wants. As women back then had to learn how to do, if they weren’t to become downtrodden and overruled. I also really liked that both main characters have believable flaws yet have the courage to work through them. This is one of the best historical romances I’ve read in a while and I read a lot of historical stories. Kudos to Ms. Townsend for an excellent book." -- Helen, Love Romances and More

I command you to marry the bearer of this letter. This is the man, the one I told you of, Alice, the one who saved me. My champion Simon Paton, come all the way from Constantinople. Marry him, bear him a son and heir and forget Henrietta. Do your duty by me.

Lady Alice, crouching on her knees with a cleaning rag and a ribbon of her missing sister’s in one hand and her father’s last letter in the other, knew she did not look her best. But what did that matter? Her father was dead and the dead no longer care for appearances. Since the loss of Henrietta, she did not care, either.

She glanced at the man’s travel-stained cloak and mud-splattered boots without looking up into his face. Her steward should not have brought the fellow into her presence, should have given her time to compose herself and greet him in the great hall, but she sensed Simon Paton had ordered otherwise.

And my steward obeyed him. Already my people take orders from him, because he is a man.

“Forgive my appearance, Lady Alice,” said the stranger in a deep, faintly accented voice, clearly indifferent to whether she forgave him or not. “I had business to attend to in London. I have come as soon as I could.”

Alice dropped the yellow ribbon back into her sister’s clothes chest. She had been searching the chest again for any sign that would point to where Henrietta had been taken and by whom, but her father’s last letter contained a devastating order. Marry him.

The letter shook in her hand. Swiftly, she dropped it into the chest and closed the lid. “Your name, sir?”

“I am Simon Paton. Your father’s champion.”

The bearer of the letter. The man I am commanded to marry. “You were with my father in London?” She almost choked on her next question but she had to know. “At the end?”

“I was, my lady. Your father died well and at peace.”

Alice wished she could cry, she longed for some relief. When word had come ten days ago of her remaining parent’s death from fever she had expected to feel something. Instead her heart felt numb. Her beloved younger sister was lost to her and her father—their father—had disowned Henrietta weeks before. Henry Martinswood had always demanded absolute obedience from his daughters and, by her elopement, Henrietta had failed him. Yet now, by letter, he orders me from the grave. Marry this man. Give him sons. Do your duty. Always obedience and no word of love. Our father never loved his girls.

Still without looking at Simon Paton directly, Alice reluctantly clasped his fingers and allowed him to draw her to her feet.

“My lady, you may be assured that your father died and is buried as he wished, in London.”

Beside the longed-for son that his London mistress had borne him, Alice guessed, wondering how this new knowledge did not pierce her soul. She had never met the young Henry, her father’s namesake, but when the child had died two summers back Henry Martinswood had become still more cold and grim toward his daughters.

Hearing her name said so gently, she looked up for the first time and stared, forgetting the tingling pins and needles in her legs, forgetting everything.

He was big, this Simon Paton, tall, well-made and starkly-handsome, black-haired and with a head-full of straggling, fierce curls. Tanned from many eastern suns, he was dressed in a mantle that was strange to her, very dark and at the same time glossy, like the plumage of a raven. His clean-shaven, pox-free face, as lean as a hermit’s, thrust at her like the prow of a great ship.

He was smiling, or at least a shadow of a smile hovered round his full lips—though not his eyes. Simon Paton’s eyes—a dark blue, almost black, ringed with curling black lashes—gazed at her in a coolly intense, measuring way, as if judging her. He had a contained energy in him, as if he was ready to wrestle with angels, yet at the same time found the challenge distasteful. An unhappy man, she thought, yet also a striving one.

The woman to win his heart will be most lucky. The idea—more a feeling than a thought—flashed through her and was gone, dashed aside by his next words.

“Alice, I understand your father’s last wishes. I applaud them. Before he died, he spoke to me of them. When we are married, you will be safe. I shall protect you.”

Thoroughly disconcerted, Alice wrung her hand from his. “He discussed my marriage with you?”

“To ask my consent.”

Yes, you are asked but I have to obey. It was the way of the world but she did not have to like it. “And my consent?”

He waved that aside. “You need a man to be safe. I agreed, subject to my seeing you.”

Alice clenched her teeth together, too proud to ask if he approved of her. Simon Paton was clearly enjoying her discomfiture.

“Shall we take a glass of wine or tisane together, my lady?” he went on smoothly. “Toast our nuptials tomorrow?”

So soon! Alice dipped her head, afraid her face might show her alarm. “Will you call my maid Beatrix, to serve us?” she asked this tall stranger—my husband to be—thinking he could be useful at least.

“Such duties are for a woman,” came back his curt response. “I will await you here and we shall plan how best we shall manage together.” His dark eyes gleamed as she jerked her head up. “How you will obey me.”

“You may be sure I shall be most agreeable,” Alice snapped, aggrieved afresh. “I shall fetch a tisane.”

She withdrew, her head high and her heart hammering within her.

If he is so keen to marry me, might he also help me to find and recover Henrietta? Or will he be only too keen to gorge himself on my father’s lands? Will this Simon Paton be thrilled with my dowry and delighted to keep me in my place? Such thoughts horrified her and she shivered. Would I were a man, in command of my own fate! 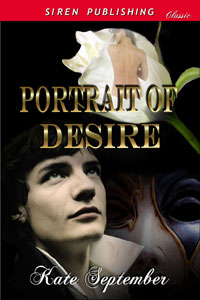