Saving her men requires Franny to be their salvation.

Francesca Dehart has rescued the three men she loves from a hellish mining colony on the Earth-like planet Utopia. Cade, her strong leader, was the first to win her heart. Nebraska burned her with his lust, and Dawson loved her first and hardest.

Franny's futuristic world is beyond anything the men expected after their rough, primitive existence. Chicago is a city of progression, but old values still make their living arrangements unacceptable to many. With the media scrutinizing them Franny longs to make the world understand.

Is the love they've found worth the battle and struggle to hold on, or will Franny give up on having her own little piece of utopia? 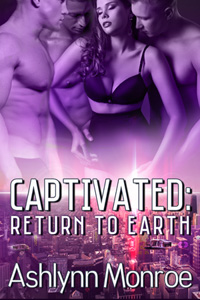 Cameras flashed and reporters screamed as Francesca Dehart pushed her way through the crowd at the Virgin Galactic Interplanetary terminal. The three men she'd rescued from Utopia flanked her. Fear for her men made every muscle in her body tense. Cade, Nebraska, and Dawson wore strained looks and they were even paler than usual.

She and her lovers were the last to disembark from the spacecraft that had just landed in Chicago after collecting them and the other surviving miners from the defunct mining colony. The survivors were third-generation colonists from an Earth-like planet called Utopia. She'd dreamed of this reunion for months, but the media wanted to capture every breath of clean Earth air her men took. Her vocal cries for their rescue had made them celebrities.

There were more journalist here than there had been people on Utopia. Her captors turned lovers had fought for survival on an abandoned mining colony in a world with much harsher winters than Earth. Living there had made crowds unnerving for her, so she couldn't imagine what it was like for the men. She'd brought them to her world to save them, but doubt stole her joy. This was too much, too fast.

The men looked up at the very high, tinted glass and steel ceiling. Another shuttle came in for a landing, and the roar outside and shadow of the great ship's belly flying overhead was awe inspiring even for someone who'd seen it before. The dignity in the way her men marveled made her proud. She would have acted like a total freak, but they took in the new sights and still remained wild-west tough as hell.

"Did everyone who lives in your town come here to shout at us?" Nebraska asked as he hurried along next to her. He was a big guy, but kept looking nervously from side to side as the crowd of news-hungry reporters pushed in toward them.

"These are just some reporters. It'll be okay," she assured the stressed man. Telling their story to bring public attention to the miner's plight had made her three men quasi-celebrities. Franny noticed more than just local, or even national media. International broadcasting had sent people here for this unprecedented landing. These men were the first alien-world born humans on Earth.

"What's it like being home? Is it true America enslaved the miners for over a generation?" Hearing the female correspondent's question made her flinch, because it was a reminder of what she'd been worried about.

His response squeezed her heart in a vise. Home. This was her home, but would the men feel comfortable here in Chicago—or Earth for that matter?

"What will you do now? Do you know where you'll be staying?" asked the same reporter.

Franny thought she recognized the woman from a popular morning TV show, so she opened her mouth to answer, but before she could respond a male reporter grabbed her sleeve. He yanked Franny—hard. She almost lost her balance. In panic she lashed out to slap at his hand. He didn't let go right away. Then Cade was beside her. His scowl made his displeasure crystal clear.

"Let her go!" Cade shouted. He stood toe-to-toe with the WGN anchor.

"Come on, it's okay," Franny said, trying to de-escalate her very territorial male.

Franny felt a hand on her shoulder and she gasped, turning. Dawson pulled her away from the wall of newshounds and put his arms around her. 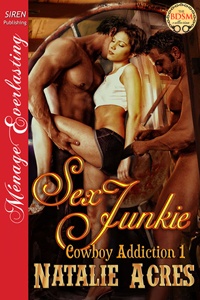 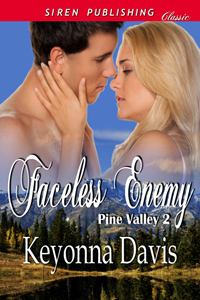