If he can’t resist her, he’ll put her in danger...

On leave from her ship, Anarrae Lavender wants to indulge in her desires on Ill Doge. But a night on the town and one case of mistaken identity later, Anarrae finds herself in the arms of a charming and mysterious thief, having the hottest sexual encounter of her life. But who is that masked man with the talented hands who makes all her bondage fantasies come true? And when it’s over, how will she learn the identity of her lovable “Dodger?”

When Diego stops in at a pub for a drink he doesn’t expect to be mistaken for someone else. Intrigued by Ana, he kidnaps her for the evening and indulges her fantasies—and even some of his own. He doesn’t want it to be a one-night-stand, but his mission to protect the Ambassador from an assassin demands his complete anonymity. The assassin’s eyes are everywhere, and if he loses his focus again, he’ll endanger them all...

Dodger groaned as the kiss took on a passionate dimension. She nipped his lips, soothing the soft flesh with a few licks before nibbling him again. His hips moved faster, increasing the friction against her palm. His shaft twitched and he moaned into her mouth, then dropped his head back.“So close, love. So very close. Let me be inside you, please.”“Not yet.” Anarrae kissed him softly before moving down his body. She let go of his cock and blazed a path of nips, licks, and kisses along his neck and shoulder, across his collarbone and down the center of his chest.She didn’t stop moving until she knelt between his legs. Ana gazed at the wide expanse of his tanned flesh. His pierced nipples were flushed a dark red. She blew on the buds before licking one and tugging the other gently between finger and thumb. He lifted his chest. Dodger pulled on the leather restraints. The soft creak of leather mingled with his heavy breathing.“Please, love…Anarrae, I can’t take it. Fuck me. Let me be inside of you.” He thrust his hips forward and his cock slid along her stomach.“Not yet. I want to explore you,” she murmured, taking his nipple between her teeth and pulling on it gently.He cried out. “Ana!” His cock jumped, hitting her stomach.She flicked his nipple and then sucked it into her mouth.“Fuck!” His body jumped and he moaned. Ana released his nipple only to move on to the other one, showing it the same treatment. She trailed her free hand down his body, took hold of his cock again, and stroked the heated flesh, slowly this time.“Goddess, you torture me,” he groaned.She released his nipple and looked up at him. “Do you want me to stop?” She smiled, knowing full well he wouldn’t ask.He blinked at her. “I just want you to fuck me.”Anarrae laughed. A husky sound that was foreign to her.“You are enjoying torturing me, aren’t you?” he asked. His heated gaze bore into her.“Torturing? I wouldn’t call it that, but yes, I am enjoying what I’m doing to you.”“Then continue this deliciousness, please, lo adoro. Let me please you by being your bound slave.”“Slave? I don’t want you to be my slave.” Her hand faltered on his cock and stilled just under the wide helmet.“But I am, love. You have enslaved me with your beauty and seductive ways. I don’t want to be released.” His lips quirked into a smile.“Pretty words from a conman,” she chuckled.“Not a conman. Not for you. I am your guide to pleasure. Consider me your bound servant and your partner in desire.”She laughed again and resumed stroking his cock. “I don’t have an adequate response so let me continue giving you pleasure.”He nodded and lowered his head back to the pillow. She flicked his nipple, before moving down to trace the ridges of his well-defined abdomen with just the tip of her tongue. She let go of his cock and circled his navel before nuzzling his shaft with her cheek.“So hot,” Ana murmured. Her pussy clenched and her body heat went up a few degrees at the thought of having him inside her.“For you, love. All of me for you. Every inch of me is yours. Take it.”She continued until she was above his cock. Part of her regretted sheathing him in the condom so quickly. She wanted to lap at the slit atop his cock and taste his desire for her. Instead, she settled for teasing him through the thin barrier. Ana took only the head into her mouth at first.He let out a shuddering breath as his hips thrust upward, and she released him.“I’m in charge, remember?” she said.“Ana, please… For the love of the Goddess, I can’t take it. I ache to be inside of you.”“No, let me have my way,” Ana said. “You said you were my slave. Do as I say and don’t move.”He grumbled under his breath and lowered his pelvis back to the mattress.“I’ll behave.” Dodger promised.A laugh bubbled past Ana’s lips, and she raised her eyebrow at him in question. “Do you even know how to?” 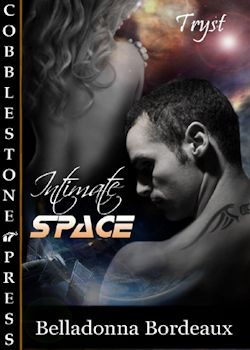 The Forgotten (MF)
Sara Anderson
In Shelf
$4.99
Tweets by
sirenbookstrand