Catch Me When I Fall

Being an ex-soldier, Jake doesn't know much about angels, but shouldn't they be...angelic?

What would you do if your guardian angel fell into your backyard? When an angel, Gabriel, falls from heaven, Jake takes him in. Unfortunately, the presence of this beautiful creature stirs passions in Jake that should have remained buried in the mountains of Afghanistan.Why has Gabriel come to earth? Is he being entirely truthful about his mission? Gabriel's presence forces Jake to make the hardest decision of his life: rekindle a relationship left bruised by the Taliban, or take a leap of faith on the promise of a creature made of sunlight and love. 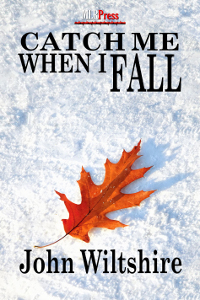 Catch Me When I Fall

This is the story of how an angel called Gabriel fell from Heaven. Not the Gabriel, as he informed me that first day with a scrunched-up look of utter derision. Gabriel was a popular name in heaven, apparently...being named after the big guy...

Anyway, there I was at my kitchen window just before seven, idly scratching and waiting for the coffee to do its morning magic, when I saw a streak in the sky heading my way and something falling and skidding in a long track across my front yard. I thought meteor, maybe debris from a satellite--something cool anyway. No, as I ran outside, I saw a man, naked and rising to his feet on slightly shaky legs. I came to a halt in front of him, and we both regarded the long track in the ground still burning, until he said in a gravelly voice, "That was unpleasant."

Now, I don't have neighbors as such--I'd have to stand on my roof with binoculars if I wanted to see the roof of their cabin--but I didn't put it past them to choose that day to be on their roof with their binoculars, and the last thing anyone wants, right, is to be seen dragging a naked man off their front lawn and into their house at seven in morning. In their shorts. With bed hair. That would so be misconstrued. But what else could I do? I grabbed his arm and began to propel him toward the house. He seemed engrossed by the hand on his arm, but as his legs began to move, he became fascinated with them as well, then he wanted to stop and touch a flower, so by the time I got him seated on my couch, I was pretty much past the stage of surprise and heading dangerously into the early stages of shock.

So my first question to an Angel of the Lord has to be forgiven. I planted my feet in front of him and snarled, "What. The. Fuck?"

Okay. Not the answer I was going for. "What the hell do you mean? You think you're invisible?" I got a look so demeaning and derisive I was surprised I wasn't burning up on the spot. I think, as the Bible might say, I got smote.

"Of course not. I just thought perhaps you would still not be able to see me."

"Whoa. Wind back a bit there, buddy. Still? You've been here before? Invisible? Hey, have you been watching me? You creeping, fricking stalker!"

He stood up with dignity. "It is my job to watch you. I am an Angel of the Lord. I am a guardian angel. Hello?"

He stared back then curled his lip. "What is that supposed to do? Intimidate me? Make me feel bad? Boo hoo, the man shell doesn't believe in me."

"What did you just call me?"

To be fair, he appeared slightly abashed and glanced down at himself with a shrug. "These things. We call them man shells. So we can walk and talk and--What the...?" I wasn't sure if angels were allowed profanity, but it sure seemed as if he wanted to say something profound. "Am I in a...man?" This was getting more and more surreal. He pushed me rudely to one side and marched off toward my bathroom, which kinda answered my question about watching me--he obviously knew the layout of my house. He stood in front of the mirror and went pale. He put his hand to his face and made a sound I can only describe as a wail. It was embarrassing. "What has he done? I'll--"

"My brother said he would fetch me a man shell...when he heard that I was being..." He frowned. "You wouldn't understand."

"When you were being what? Have you been thrown out of Heaven? My God, are you a fallen angel? Are you a devil?"

I got the "I am trying to smote you" look again. "Firstly, please refrain from blaspheming in my presence. Secondly, I was not thrown. I've been...temporarily reassigned. I think. I'm not sure. And of course I am not a devil." That was when he told me he was Gabriel. A common name in heaven. Like Jacob on earth, I'd replied--Jake. Which was my name. But he said he knew that. His eye roll of incredulity didn't reassure me. He returned to his contemplation of his six-foot-two frame of muscle and leanness. He leant closer to the mirror and studied his tan body with its feathery black hair and eyes the color of spring. "My brother has an odd sense of humor," was all he added.

"I was a...beam of light? A thought? An essence of my Father? Do you have another language? This one seems inadequate. I could express it better in Italian. They have many more words to describe angels."

They would. "Look, buddy, there's a runway in New York probably missing you, so I wouldn't be too hard on your brother...wait a minute. You have a brother? A beam of light has siblings?" He was too busy running his fingers through his longish hair and mussing it up to answer.

It was time this streak of annoying light put some clothes on. I spun on my heel and went to get him some jeans. I drew the line at giving him my shorts, but I reckoned a streak of light wouldn't notice he was going commando.

He pulled on the jeans, which fit him pretty well. It was odd that we were the same size and shape. A thought occurred to me. "Hey, has your damn brother been spying on me as well? He's here now, isn't he? Invisible? Watching us?"

He narrowed his eyes, apparently almost faint with anger. "Here? Now? An angel? Are you stupid?"

Well, clearly. What was I thinking?

"Hey, do you want some coffee or something? I need to eat and get to work." I did have to get to work, although being a forest ranger in a large slice of wilderness had its perks, and time keeping was not something I had to worry about too much. I worked when things needed doing, and at some times of the year that was pretty much twenty-four seven. It suited me. I'd recently left the military, and the independence was something I relished. No boss to report to every day. No office. Free uniform. No one shooting at me. I was in heaven. Hmm. Now there was a thought to have with an Angel of the Lord suspiciously eying your bowl of apples.

"Why are you here?" Of course, I'd already asked him that with the "what the fuck" earlier, but we'd clearly gotten sidetracked.

"But you have an inkling."

He was obviously annoyed. "I think I might have mentioned to the wrong person that I found humans...interesting."

"We're not allowed to. You are for study and care. A bit like a potted plant. We aren't supposed to...like you."

"No, of course not. Not you specifically. Anyone."

"The anyone you were watching when you were my guardian angel? So basically me then."

Bitchface again. "So, I believe I may have mentioned this..."

"Yes. I mentioned that I liked you, and the next thing I know, I was squeezed into this ridiculous chunk of meat...and kind of thrown over the side."

"So, what now? Do you have to perform some kind of heroic quest, prove yourself worthy of Heaven again? To leave...?" I hoped he got the encouraging tone in the last part of that.

He appeared to be concentrating more on the first part and frowned deeply. "Yes. Perhaps that would work. Maybe we could put you in mortal danger, maybe even kill you, and I..."

"Well, Gabe, I have to go take a shower, so I suggest you maybe go choose a shirt?" I left him standing, slightly lost, in the middle of the kitchen. Tough shit. He wasn't the only one finding this situation hard.

I had a fallen angel in my house, wearing ripped jeans with a pissy attitude, plotting my imminent demise. He had to go. 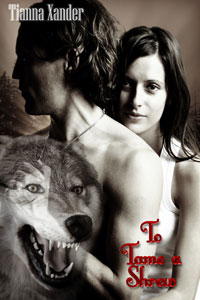 To Tame a Shrew
Tianna Xander
In Shelf
$0.00

Love on an Owl's Wing
Charlie Richards
In Shelf
$3.99

Laying Down the Lawman (MM)
Kelex, Alex Bowman
In Shelf
$2.99 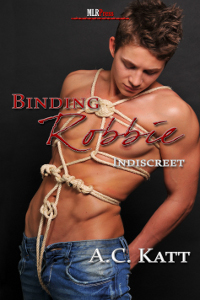 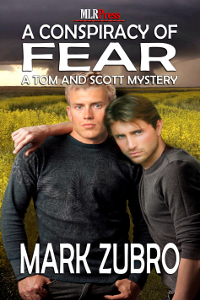 A Conspiracy of Fear
Mark Zubro
In Shelf
$6.99
Tweets by
sirenbookstrand