Auto-shop owner Scott Davison has a disastrous track record when it comes to relationships. He either chooses the wrong guy, or runs them off as soon as they get close to him. He’s practically given up on dating when he starts sleeping with his new mechanic, Hugh Taylor—having regular sex with the same person isn’t the same thing as dating, after all. It’s just a shame he hasn’t mentioned this fact to Hugh, who’s fallen in love with Scott. Then old friend Cameron Phillips, the only person Scott’s ever really trusted, comes back to town. He hooks up with Scott and Hugh for a simple, fun threesome, but as the days pass, and Cameron stays, Hugh comes to believe he’s the interloper in Scott and Cameron’s relationship. As if relationship problems weren’t enough—and why can’t people be as straightforward as engines?—the actions of a jealous business rival put everything Scott has worked for in jeopardy.

Monday morning came round far too early, the way it always did. Scott grunted and smacked his hand in the vague direction of the snooze button on his alarm before he remembered.

Suddenly awake, he opened his eyes and sat up, the thoughts that Cameron had been so successful at distracting him from all weekend buzzing round his brain again. Monday. Work. Time to find out who the hell had been messing with his computer. He wasn’t paranoid, no more than your average guy who’d managed to accrue a crapload of pissed-off ex-boyfriends, but this smelled wrong to him. He didn’t really believe Marshall would be desperate enough to do anything like this, but he had been losing trade to Scott, and when he considered what he might do to save his business and his employees, he guessed he couldn’t rule it out. The stupid thing was that the town was big enough for several garages to coexist. It was simply Marshall’s cheapskate ways that were losing him custom. And perhaps one or two people were rethinking the nice little insurance fraud Marshall had going as a sideline. He’d jack up the price by a few hundred dollars for an insurance job, and split the extra between him and the car owner. The thing was, if anyone actually sat back and thought about it, how could they ever trust him not to rip them off as well?

He rolled out of bed then leaned back in to poke Hugh in the ribs. Hugh had been weirdly quiet last night, and Scott hoped he wasn’t sickening or anything. “Up,” he said. “I want to be at work in twenty.”

He was greeted by a groan, and a pair of extremely sleepy gray-blue eyes blinking indignantly at him.

“Okay, okay,” Hugh grumbled, pulling the covers over his head. “Let me know when you’re done in the shower.”

Scott shook his head and left him to it. He’d strip the covers off Hugh on his way back through. If it woke up Cameron as well, so be it. Maybe he’d come and be receptionist for them, because Julie was out for another week and it would save Scott having to type and be nice to people. He’d rather save his concern for their cars.

Once the early Monday morning rush was over and the guys were settled in the repair shop, Scott propped a hip on Cameron’s desk and called the small computer firm that looked after his remote backups. The owner, Kevin, sounded intrigued and said he’d come straight down to image the drive so he could take it away and look at it, meaning they could still use the computer in the office. He said a lot of other stuff as well, but it meant as much to Scott as talk about axle hangers on a T-Bird would probably mean to Kevin.

Scott shrugged. “In the cold light of Monday morning, it seems ridiculous,” he confessed, not least because he could see the same thought on Cameron’s face. “But it’s odd, you have to admit. I know I’m crap with these things, and I could easily have deleted things by mistake, but the encryption thing? Unless there’s a way to do that accidentally, there’s no way that was me. And don’t you think it’s weird it’s happened while Julie’s not here?”

“You mean that if I hadn’t been around to have a look, you would have assumed it was you being a technophobe and that you’d destroyed your inventory record all on your own?”

“Hey! I am not a technophobe,” Scott protested indignantly. “I’ll have you know I have all the latest kit in the shop. I just don’t like this thing.” He gestured at the monitor in front of him, which was taunting him with the screensaver of classic muscle cars Julie had installed. How was it possible for something so evil to look so sexy?

“Guess we’ll find out the truth soon enough,” Cameron said, pushing back from the desk to turn the coffee machine on, and giving Scott’s shoulder a squeeze as he walked by.

Scott hated to admit he found it comforting that they were in this together. He smiled slightly at Cameron and then looked over toward the window to check everything was going okay in the shop. Hugh was standing next to the car he was supposed to be working on, torque wrench in his hand, staring at them. As soon as he saw Scott looking, he turned away, but there was an odd expression on his face. Scott shrugged to himself and wandered over to join Cameron in willing the ancient coffee machine to work faster.

Scott’s cell beeped with an incoming message, and he picked up the phone to find Cameron had sent him a photo of Hugh, sitting on the sofa wearing his favorite jeans and no shirt, his arms spread along the back of the cushions in an attempt to look relaxed. But as Scott looked more closely at the picture, Hugh was anything but relaxed—a hectic color was in his face, his lips were red and bitten, and his eyes dark. As Scott’s eyes traveled down Hugh’s body, he nearly dropped the phone, because Hugh was very obviously hard as hell, and there was a darker patch of wet where the head of his cock was pressed against his faded jeans. His nipples were tight, his fists were clenched, and he looked about three seconds away from a mind-blowing orgasm.

“Cameron?” Scott’s voice was hoarse. He cleared his dry throat and tried again. “What the hell have you been up to?”

“Oh, a bit of this and a bit of that.” Cameron sounded extremely pleased with himself. “And now we’re just waiting for you.” There was a gasp from Hugh, swiftly muffled. “You better put your foot down because I think your boy might just explode otherwise. He does love his tits being played with, doesn’t he?” A definite moan from Hugh followed that, and Scott pressed his hand to his crotch, where he was getting painfully hard against his zipper, because he could just imagine Cameron tweaking Hugh’s nipples, maybe even leaning in and licking them as Hugh squirmed.

“I’m on my way,” he said, killed the call, and gunned the car out onto the road just as fast as she would move. Who the fuck invented speed limits?

As soon as he fumbled his key into the lock, the door was pulled open. Hugh stood there, his cheeks still splashed with color. A slight sweat dotted his skin, and his chest rose and fell erratically as he breathed, every breath almost a moan. He was desperate, shameless, and gorgeous, and Scott wanted him more than he’d wanted anything in his life before.

Scott kicked the door closed behind him, dropped his keys on the floor, and stepped in close against Hugh, his fingers biting into that wonderful smooth skin to pull him closer still, his tongue thrusting into Hugh’s very willing mouth. Hugh was making soft little sounds into his mouth, noises of need and want as Scott’s hands roamed over his ass and pulled him in snugly so he could feel just how much Scott wanted this. Scott’s fingers played down the centre seam of Hugh’s jeans, teasing and promising, and he was entirely taken by surprise when Hugh jolted against him and whimpered. Scott released his mouth long enough to look at Hugh, who wouldn’t meet his gaze but instead let his head fall against Scott’s shoulder, his face turned into his neck where he made sharp, damp little pants against Scott’s skin. Intrigued, Scott ran his fingers down the seam again, and Hugh jerked again and spread his legs slightly.

“He’s ready for you.” Cameron’s voice sounded wrecked. When Scott glanced over he saw Cameron was sitting on the sofa, slowly stroking himself through his jeans as he watched them with dark, intense eyes. “All you need to do is bend him over and push inside.”

There was a fluttering groan from Hugh, and Scott ran his fingers again and again over the centre seam of his jeans, knowing it was causing the butt plug in Hugh to shift.

“Or you could play with him the rest of the night,” Cameron said, “because I don’t think I’ve ever seen anyone come apart like he did when I opened him up for you on a long, slender dildo. Just slid it right inside him, and you should have heard him, Scott.” Cameron’s fingers were inching his zipper down now, the snick of the metal as the teeth parted sounding almost as loud as Hugh’s desperate little breaths. “Didn’t touch him with my fingers or my tongue because this is for you. I know how much you want to bend him over something and just unzip yourself and push into him.” Cameron’s head went back, and his eyes closed as his hand wrapped round his cock, already so dark and hard. But he kept talking, his voice low and almost hypnotic. “So I used that on him, and then I used a bigger one with all these ridges, and God, Scott, you should have seen the way he was so greedy for it, wanting it inside him so bad, wanted it working him, and the sounds he made every time I pushed it home. And when he was ready, slick and open and so fucking desperate, I plugged him open. I thought we should do that one night when we go to bed, so either of us can just roll him over and slide inside whenever we want.”

Scott’s hand was inside Hugh’s pants, smooth, hard flesh meeting his touch without any underwear to get in the way, and fuck, he was wet. Wet, and moaning helplessly at Cameron’s words. With one last stroke, Scott brought his hand away because he wanted Hugh to come on his cock, not like this.

Scott’s other hand carded through Hugh’s hair, tangling in it and gently tugging his head away from its place buried in his neck. “You know what I want.”

And Hugh did. He went to his knees for Scott, hands trembling as he unzipped him and took Scott’s hot flesh in his hands, guiding it to his mouth, his lips already open and eager.

“You know where it’s going. Get it good and wet,” Scott said, and he sounded like he’d been chewing gravel. 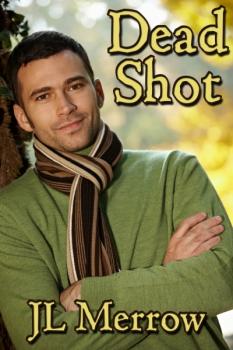