Christmas break is supposed to mean relaxation. A respite. Time off from stress and insanity. Instead of the break she should get, Phoebe Briggs ends up with a storm that took a left when it should have taken a right. A definite snafu in her plans to be home for the holidays. Her plans of food, family, and friends turns into a nightmare of deserted snow clogged streets and a very unfortunate form of shelter. That, it turns out, she must share with a headless stranger. Okay, so Boone Edwards isn't headless. It only seems that way at first.

A night of snow and sleet and "life saving sex" brings a morning of rescue. And a Christmas day full of surprises- some naughty, some nice. It's a holiday that neither Phoebe nor Boone will ever forget. Whether their meeting ends up being the best Christmas present ever or a huge lump of coal. 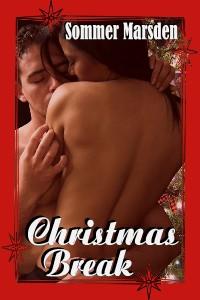 Heat Rating: Sizzling
Word Count: 54,532
0 Ratings (0.0)
Contemporary Erotica Fiction
In Bookshelf
In Cart
In Wish List
Available formats
PDF
HTML
Mobi
Professional Reviews
From Dianna, Night Owl Romance Reviews
"Christmas Break is a lovely story about how life throws you a curve ball and you hit a home run. It is beautifully written and had me laughing and needing a fan all at the same time. I love stories that have that Happy Ever After in them, or at least the appearance of one. I hope you enjoy Christmas Break as much as I did."
From Seriously Reviewed
"Spicy, sweet, funny...all the wonderful things that I have come to expect for one of Ms Marsden's works was here in spades...and all worth it... SNAPS again for Sommer and her fantastico way that she can pull me into a story, make me sweat and leave me breathless"
Read more
Excerpt

He was on her then. Warm and leathery and once again concerned for the spastic woman who had tried to banish him from her box. Her box. Jesus. Even her thoughts were sort of dirty. "Are you okay?"

He pulled her leggings. He was taking her pants off. Phoebe tried to roll away, so mortified she didn't know what to say. What to do. So she rolled and instead of rolling away from him, she hit the too close side of the bin and bounced back against him as if she had been shoved. "Oh, Jesus. I'm sorry. Apparently the cold has frozen my brain. I didn't mean to" But she trailed off then because she was pressed along the length of him and she realized his cock was hard. Very hard and riding the ridge of her pussy with the perfect pressure. The kind of pressure that made her want to move her hips and feel more of him. Maybe have him in her. Would it really be so bad, she reasoned. After all, heat would help them both.

"It could save our lives," she whispered. His mouth was a mere fraction of an inch from hers. His eyes looked brown in the crazy light. Deep brown and very honest. His lashes were ridiculously long and dark and at any other time, Phoebe would have been extremely jealous. But now she was just very turned on. She felt his warm, warm breath on her face. She did tilt her hips without thinking. Pushing her clit against his cock. Making herself feel good using his body for just a moment. Just one second to forget that they could possibly be discovered blue and dead and frozen solid come morning.

Boone didn't say a word at first. The concerned flickered on and off, swapping places with a sleek and glorious look of interest. Phoebe held her breath. What had she said? What had she done? But then Boone smiled and said, "Yes. Definitely. Life saving actions. Simply for survival." Then he leaned in and kissed her. 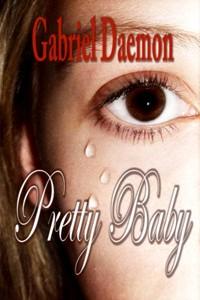 Claimed for the Master's Pleasure (MF)
Jan Bowles
In Shelf
$1.99
Tweets by
sirenbookstrand