Luna is just starting to get her life back on track. Her deadbeat ex-husband left her in debt, and she's close to having it all paid back. She just has to stick with working two jobs, leaving her with only a few hours to sleep each night, at least until the new year. She promised herself that she would never let another man in her or her children's life again.

When sleep claims Luna, her four-year-old twins leave the house and go over to visit the new neighbor, Derick, who's a detective. She awakes and panics when she can't find her children. When she finds them with Derick, instead of waiting for an explanation she verbally attacks him.

With the rash way she spoke to him, Luna didn't think she would ever see him again, so she's shocked when she wakes up in the hospital with Derick sitting vigil. Her cold has gotten the best of her, and the doctor has ordered her to take it easy. That's difficult to do with two lively children, but Derick comes to her rescue.

When Derick moved next door to a single mum he never expected to find himself instantly attracted to her. The way he's introduced to her should have been his first clue to stay away from her. He just can't stop thinking about her, and he knows that there's something there between them.

On his way home from work one night he pulls over someone who is driving slowly and finds Luna looking very unwell. When she becomes sick and then passes out he takes her to the hospital and decides that he's going to help her.

The more time Derick spends with Luna, the more he finds himself falling for her. He even comes to love her children. Derick had given up on ever finding his one, and as his feelings grow for Luna he comes to realize she is his one true love.

With Christmas just around the corner can he convince her to give him the chance to prove she's his one, his true love? 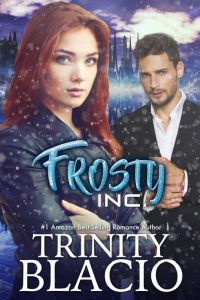 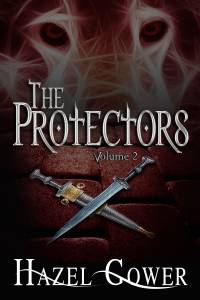 The Protectors, Volume 2
Hazel Gower
In Shelf
$2.99
Tweets by
sirenbookstrand