When a man is found murdered in Sophie Durand’s nightclub, she has no idea she is about to tumble head first into a world of danger and forbidden sexual pleasure. The mysterious Burke Langton is her only ally. His powerful body and commanding spirit calms her fear, and his dominant nature stirs her lust. But he isn’t what he seems. His secrets are darker and more treacherous than Sophie could ever imagine.

As danger draws nearer, they are joined by the commanding Miko Dvorak. Together, Sophie, Burke and Miko plunge into a world of sinister evil and unrestrained ecstasy, where all of their lives hang in the balance. If the killer doesn’t destroy them all, the dark passion they share just might...

DARKEST FIRE A delicious tale of taboo sex and intrigue-Darkest Fire has it all. Irresistible! Eden Bradley WICKED BEAST Sexy and sassy with a fabulous dry wit, Tawny Taylor has written an imaginative tale with an underlying theme about finding yourself. The approach she takes--erotic, funny, and sweet -- keeps the delivery fun and entertaining. I can't wait to read the rest! Sylvia Day 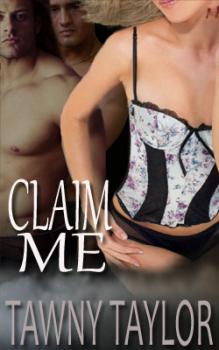 Brett's apartment wasn't exactly your typical bachelor pad, though it wasn't nearly as showy as the car he drove. The furnishings boasted simple lines. The colors were muted -- tans, browns. They gave her an instant feeling of calm tranquility. She felt safe.

"This is very nice," Sylvie said as she followed him through the living room.

"Thank you." He led her down a narrow hallway, pointed to the right. "This is the bathroom." Then he stopped at the first door on the left. "And this is the guestroom. I hope you'll be comfortable here." He pushed open the door to reveal a gorgeous room decorated in a slightly darker version of the living room's color scheme. The bed was covered in rich-looking fabrics and piled high with pillows.

She sat, gave it a quick bounce test. Soft. Just the way she liked it. "How could anyone be anything but comfortable in here? It's nicer than a five-star hotel."

He looked pleased. His smile made her feel all soft and girly and warm. "Excellent," he said, his voice like a low purr.

Oh, how she wanted to rub up against that dangerous feline.

Lulu circled a few times then curled up for a nap in her lap. No doubt it was the heat radiating from certain body parts that inspired her dog to settle there. Her face warming, her heart hopping around in her rib cage like a toddler on a sugar buzz, Sylvie ran her hand down Lulu's back. "Th-thanks."

He stepped out of the room. "You're welcome. If you need anything else --"

"Wait!" Before he got too far, she set Lulu down, hopped off the bed, ran to the door and caught his wrist. Their eyes met and she swore someone had cranked up the heat to ninety. "No, I mean thank you. For everything. I haven't been exactly cooperative tonight. I jumped to all kinds of conclusions and suspected the worst --"

"Yes," she heard herself whisper as she stared at his mouth. Those really were the most amazing lips she'd ever seen on a man. She wondered what it would take to convince him to kiss her.

Suddenly, she wasn't holding his wrist, he was holding hers. He pulled and she fell against him. She gave a shocked squeak when he looped an arm around her waist and turned, stepping forward until her body was sandwiched between the hallway wall and his amazing body.

What a wonderful place to be! Sweet, hot desire pulsed through her center in rhythmic waves.

He lowered his head, and her insides broke into a cha-cha. "I don't know what it is about you. I can't... dammit, I can't resist." His mouth came down on hers in a crushing kiss. His tongue pushed at the seam of her lips until she parted them. Then it stroked and tasted and took.