When Leta escaped from the terror of marauders destroying her home village, the last thing she expected was to fall into the arms of Ragnar Thyrsson, a mighty Viking who swore to keep her safe. After a harrowing escape from a group of English brigands, Ragnar scouts ahead to make sure the path is clear. Will Finn, Hrolfgar, Vorix and Tyr, be able to keep their savage lust under control, or will Leta be CLAIMED BY THE VIKINGS?

A taste to tickle your fancy...

The night was full dark, but the campfire still had a bit of smolder to it – enough for me to barely make out the man’s hard features, and the small gap between his front teeth.

“What’s going on?” I whispered.

“What do you mean we’re finally alone? Hrolfgar’s right outside the tent on duty. And anyway, why does it matter if we’re in a tent together? What’s so exciting about that?”

“Hrolfgar’s drunk and asleep. And if you can’t figure out what there is to be excited about, I’ll show you.”

A vague hint of the meat from earlier, and the mead we passed around the fire lingered on the youngest Viking’s breath as his lips pressed to mine and his fingers tangled in the hair on the back of my head.

“What are you-? No! Get off me!” I pushed him back. I tried to hold him at arm’s length, but tiny little Leta controlling one of these husky warriors was just not very likely. Soon he had both of my wrists in his hands and flipped me over on my back.

With him between my legs, I felt the Viking’s prick, hard against my body. I twisted my hips, this way and that, to unbalance him, but as time went on, my efforts started to flag a little, and then I gave up.

Both he and I watched each other’s face for a few moments. Breathing in, breathing out. His chest rose and fell, and when he let go of my wrists instead of slapping at him or trying to stick my thumbs in his eyes, I flattened my palms against the muscles above his navel. My fingertips bounced over his rippled, ridged stomach until I touched his...

“What’s this?” Hrolfgar’s voice was thick and soupy, but he was awake, at least. “What’s going on? Vorix? Why are you in my – hey, wait a minute.”

“Relax, big man. We’re just warming up for the night.” He slipped a hand underneath my waist and when I started to speak, he clamped hard. I let out a little “yeep!” and shut my mouth.

“Get out of here, fool,” the bigger man said. “She’s Ragnar’s. Don’t make a mistake you’ll regret when you wake up hung-over.”

“Oh, that’s a good one – me with a hangover. How was your nap, Hrolf? She isn’t Ragnar’s, she’s Canute’s. Or, whatever that strange little princeling of his is named. Ragnar just gave her a go around to make sure everything worked right. Isn’t that right, Leta?”

“What? No she didn’t, you horse’s ass. She said-”
“What the frozen hell does it matter? She’s a slave, Hrolf!”

At some point, the other two had apparently heard the commotion.

“Hrolf? Vorix? I hope we’re not interrupting a lover’s quarrel.” Tyr laughed loud at his own joke.

“No you broad-nosed fool,” Vorix said, eyes flaring. “I was sampling the wares that Ragnar dredged up, and Hrolf decided to come chastise me about it. For some reason, he thinks I’m interested.”

As he spoke, Vorix began to curl his fingertips on my soft, naked belly skin.

“Now, if you’ll all shove off, I can get on with it.” He shrugged in his easy, carefree way. “And then you can have a go, I suppose. Who’s to stop you?”

“Well, Ragnar, for one. He’s not going to be happy.” I was, by then, far too caught up in what seemed inevitable. The lean, clean-faced Viking between my legs pushed his hips against me. The tip of his cock threatened to dip inside, and I have to admit even with the fear, the terror that hung in the back of my mind, the way he touched me made my toes curl.

“See how she’s acting? You think she doesn’t want this? Ever since Ragnar broke her, she’s insatiable!” Vorix said. “Go on, get out. Or don’t. What do I care?”

The hand on my belly stroked all the way up to my neck, his thumb ran along my jaw and then he leaned to kiss me. His lips were suitably rough and his kiss hard and desperate, but behind all of his movements and his affections was a gentleness that surprised me. His weight against my hips made me feel secure, somehow, even though I was well aware of his intentions, and of the other three men that just stood around behind us, as though there was nothing better to do. 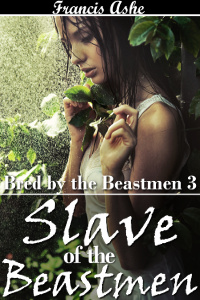 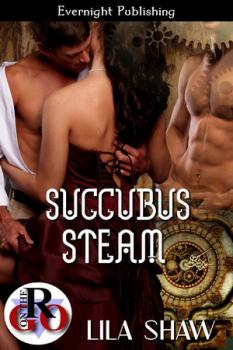 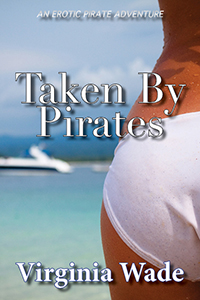