His phone rang and he looked down to see who it was, The name on the number came up Theresa Gomez, well, well, well. “Rainer here,” he answered.

“Alan,” a small voice said. “It’s Theresa from the Club. I hate to ask, but could you do me a favor?”

“Sure, honey, name it,” he said, wondering what could be up. She sounded upset.

“I need someone to come over here. My stepbrother is trying to break into my house and I don’t want to be alone. Will you come and stay with me? There’s no one else I feel safe calling and you’ve been so nice to me.” She was sobbing.

“Yes, honey, I’m on my way, give me your address and I’ll be there as soon as I can. Are you safe? Do I need to call the cops to meet me?” he asked, concerned.

“No cops! Please, just come.” She was really sobbing now.

“Okay, no cops, just stay on the phone with me. I’m on my way.” He hit the gas, wanting to get there as soon as possible.

He wasn’t far from the address she had given him, and got there quickly, talking to her on the phone the entire time and trying to calm her.

As he pulled up in front of her house, he saw her open the door and wave frantically for him to come in. He jumped out of the truck and sprinted up the stairs to her door. She pulled him in and slammed the door behind him, locking several locks on the door.

“Here, let’s get some water, then we will sit down and you can tell me what’s going on.” Alan slipped an arm around Theresa and let her lead him to the kitchen. He had to get her calmed down and find out what was happening.

Alan grabbed a couple of bottles of water out of the fridge and guided Theresa into the living room. Sitting her on the couch, he crouched in front of her. Handing her a bottle of water, he said, “Here, drink this, then we’ll talk.”

She gulped the water and took a deep breath. “My stepbrother Joe…” was all she got out before a pounding came at the door.

“Theresa, I know you’re in there, open this door now!” a male voice screamed.

“I’m here now, let’s see if we can find out what he wants and get rid of him. We’re going to open the door and talk to him,” Alan stated matter-of-factly.

“Ok,” Theresa said and took another gulp of water.

They walked to the door, and Theresa opened it a crack. “What do you want, Joe?”

“Joe, it’s none of your business who he is. What do you want?”

“Sis, you know what I want. I’ll let you buy the house for one hundred thousand. It’s a good deal, you should take it,” Joe said, leaning against the door frame.

“Joe, I own the house. You can’t sell me something I own,” Theresa said exasperated, like she’d said it before.

“Sis, you know the house is mine, why are you fighting me on this?”

“Joe, the deed is in my name. I own the house,” she stated firmly

Alan stood behind Theresa watching and not saying anything. He was not going to get involved unless she needed him. Wrapping a protective arm around Theresa, he stood there listening.

“Who’s this joker, you find you a bodyguard, Sis?” Joe asked laughing.

“It’s none of your business, Joe, you need to leave now,” Theresa told him firmly.

He was standing between her legs, and if she scooted forward a little she could rub herself against him. If she did would he move closer or step back? Deciding to go for it and taking a deep breath she reached up and put her arms around his neck, pulling his head down to hers, she brushed his lips with hers. “Thank you for taking care of me,” she said against his lips. When he opened his mouth to say something, she slipped her tongue in. She lifted her legs and wrapped them around his waist, pulling him closer.

He soon took over the kiss and pulled her closer running his hands over her back. Not feeling a bra strap, he slowed his movements and slipped his hands under her sweater, lifting it up in the process. Baring her back, he could feel tht she wasn’t wearing a bra.  He ran his handos up and down her back.

Pulling back, he looked into her eyes and she smiled at him, “No bra?” he asked, and she shook her head. “Are you sure you want this, if I start I may not be able to stop,” he said looking into her eyes.

“I’m sure,” she answered and pulled his head back down. He lifted her, one hand on each ass cheek, and carried her to the couch, not wanting to scare her by taking her to the bedroom. There was time.

He lowered her to the couch in a sitting position and knelt between her legs. Lifting her sweater, he slowly pulled it over her head. Baring her from the waist up, he stared at her breasts. Reaching out, he gently cupped them in his hands feeling their weight. He brushed his thumbs over her dark pink nipples and watched her quiver. Then he did it again, and again, applying a little more pressure each time.

She looked down, wide eyed, and watched him playing with her breasts. Every time he brushed her nipples it sent a shiver down her back and she shuddered. Her breath was coming in little pants now and there was a tingle between her legs. She needed more. “More, please, more,” she breathed, not sure what she was asking for.

“Yes, baby, I’ll take care of you. Do you want to go into the bedroom?” he asked, holding his breath and hoping he wasn’t pushing too fast.

“Please, please…just…please,” she whispered unable to form a coherent thought.

“Yes, you’re ready. Wrap your legs around my waist again, hold on.” Picking her up, he carried her to her bedroom. Standing her, he sat on the side of the bed, and reached for the button of her jeans. “These need to come off, okay?” He grinned at her.

“Okay,” she answered with a shaky breath. He unfastened her zipper and hooking a finger in each side of her jeans pulled them and her panties down together. “Step out for me, Theresa.” She complied and he stood and lifted her onto the bed. “Just relax, baby, I won’t do anything you don’t want.”

“Okay, please kiss me again.” She needed to feel him.

Sitting on the bed he pulled her into his arms and cradled her in his lap. Holding her tightly he took her mouth and swept his tongue inside, taking what she was giving.

It felt strange to be completely naked while he was fully clothed and she reached for the buttons on his shirt. Undoing several, she slipped her hands into the shirt and stroked his skin. He was warm to the touch with a soft coating of hair. She brushed his nipples and felt him shiver, so she did it again, smiling.

He grinned down at her and helped her get his shirt off. “Play all you want, baby.” He smiled at her. So she did, running her hands over every inch of skin, not leaving anything untouched. Wanting to know if he tasted as good as he felt, she reached out and licked his pecs. Liking the salty taste and feeling his shudder, she did it again, and again. She licked and sucked her way to his nipples, taking one in her mouth, running her tongue round and round the small hard pebble.

Pulling her up he took her mouth in a hard kiss and lifted her onto her back in the middle of the bed. “My turn,” he said.

Leaning over her he kissed each eyelid and nibbled his way from her collar bone down to her breasts. Bracing himself on his hands, he leaned down and took one nipple in his mouth. Licking and sucking, he brought it to a taut peak. Turning his attention to her other nipple, he thought about how beautiful they would look once he clamped them. He could imagine her writhing and begging. Pleading for the release only he would give her. She would be beautiful on a St Andrew’s cross, waiting and wondering what he would do to her next. Restrained for both of their pleasures.

He was sure she was submissive. The fact that she had called him Sir without prompting told him a lot. She may not know what she was doing, but he was willing to train her. Now all he had to do was keep from scaring her. Time for training later, now she needed release.

He gently bit each nipple and to his amusement she shuddered and whispered the word “more.”

Happy to oblige, he did it again, a little harder.

She was so responsive. He bit each nipple a little harder and kissed his way down to her mound. Running his fingers through her folds, he pinched her clit and told her, “This little place will be waxed soon. I want you bare for me.”

“Yes, Sir,” she answered as he brushed her clit with his thumb. She shuddered again and lifted her hips off the bed reaching for more. “Ohhh, please, please, please…”

“Yes, baby, let it happen, come for me,” he whispered against her skin as he slowly worked one finger in her hot little cunt. So tight, so wet, just for him. 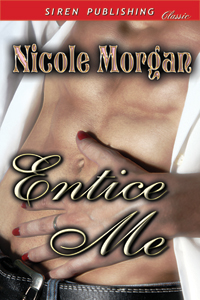 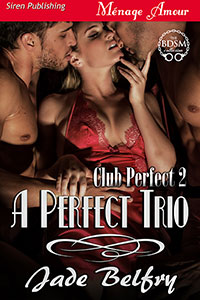