The nightlife has never been so sexy...

Aubrey Hunnisett is the owner of a posh and successful nightclub. She has her mind set on acquiring a rival club owned by the sexy and mysterious Michael Lennox. Unfortunately for her, Club Lunar is not for sale. Even worse, she can't escape her instant attraction to the dark Michael. Attraction that borders on mind-consuming lust.

Michael thought he had enough to worry about as a vampire club owner in a competitive market without a beautiful woman marching into his office and demanding to buy him out. Someone or something evil has been trying to shut his club down for good by murdering club goers. At first he suspects Aubrey is connected to the plot somehow, so he's more than willing to pleasure her until she reveals her every secret to him. Yet once had has a glimpse inside her mind, he discovers something even more terrifying. He is drawn to the beautiful, kind soul she keeps hidden behind her tough business-manager exterior.

Still, someone is out to destroy Michael, and now Aubrey is in danger too... 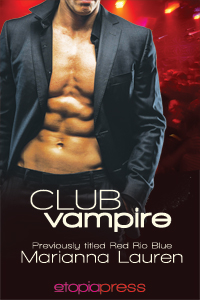 "This was a great read from beginning to end with every turn grabbing your full attention. The passion... was very hot and naughty... both characters had great chemistry... I loved, loved, loved the end of the book--it was fantastic!" --Bitten By Books

Beauty and Her Beasts (MFM)
Alexandra O’Hurley
In Shelf
$3.49
Tweets by
sirenbookstrand