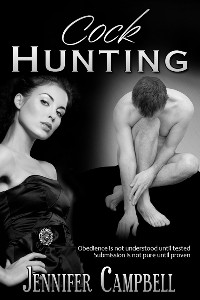 As the looker of the group, a six foot, lithe blonde with legs which seemed to never stop and breasts no man could not notice, Jamie had done this sort of thing many times before. She was an expert at the sexy look, teasing eyes, and other subtle messages which screamed at the male brain, I want you. As her girlfriends watched, Jamie made two passes in front of the trio extending her message of overt sexuality. A dead man would have sensed her interest and made a move, but while the boys stared and gaped, none dared to approach Jamie.

“Looks good, girls.” Yasmine noted one of the college boys, a fawn haired youth with blue eyes, was covering his crotch with his hand to no doubt hide his burgeoning erection. It was clear; these guys were all very interested sexually but lacked the courage to make a move on a girl as gorgeous as Jamie. To Yasmine and her girlfriends watching back at the table this behavior in males spelled s-u-b-m-i-s-s-i-v-e.

“Bingo, girls, game on.” Samantha blurted out when she saw Jamie’s test go so right.

“Looks like we will have some fun tonight after all.” Yasmine added as she looked at Belinda.

“Ummmmm, and they’re so young looking from our alma mater. Could they all be frosh?” Belinda tantalizing question was spoken as Jamie arrived back at the table.

“They could be. Their faces look very young, but we best collect them fast before their erections embarrass them into leaving. Shall I do the collecting?” Jamie had performed the collecting task before when the friends were students at BU, but Yasmine didn’t hesitate to make it clear there was no need for Jamie to be the bait anymore.

“No, no, that’s why I brought my slut. She’s trained in it and quite frankly she enjoys the role. You wouldn’t deprive her of her fun would you, Jamie?”

“No, perish the thought.” Jamie responded as she looked over Siena who was clad for her task in a dangerously short black PVC skirt, tight white top, and black fishnets ending in six inch spike heels.

Yasmine turned to her slave. “Follow all the rules, prep them as I expect, and deliver them to Sam’s house. Obedience will get you a nice reward while failure, well, you know what that earns you.” As Yasmine instructed her sub, her three friends were watching with varying degrees of jealousy. Yasmine was the first of her college clique to procure a live-in slave even if she was female. The next big goal for this kinky group of women was to be first to own a male slave. It was something they all truly wanted.

Obediently Siena got up and slipped the GPS unit in the waistband of her skirt. She nodded at her Mistress. “No worries, Mistress, I’ll bring them.” As the sub left the table on her journey across the room she felt many of the male eyes in the room turn to stare at her body which stirred familiar desires in her belly.

Siena had learned long ago there was no need to be coy with submissive guys so she simply walked right up to the tallest one who sported short black hair and hazel eyes. She could sense his nervousness, but she pressed her body to his adding to his excitement. Looking up, she saw his mouth open as if he wanted to say something, but nothing came out. 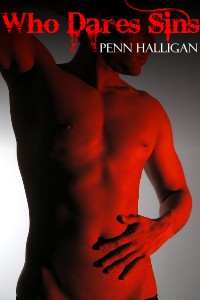