English professor Brian Daly is finally able to live openly with the love of his life, local weatherman Jay Tanner. Jay has ended his sham marriage and come out of the closet, and he and Brian now share a condo in the city.

But there’s trouble in paradise. Brian’s best friend Olivia can’t seem to get along with Jay. The two bicker whenever they’re together. In addition to trying to broker peace between his friends, Brian is busy fending off Sean, an infatuated student who wants Brian to be his first lover. When Brian spurns his advances, he threatens to accuse the professor of sexual harassment if the two don’t sleep together.

Just when things seem like they can’t get any worse, Brian discovers Jay has been cheating on him with a woman. And not just any woman -- Olivia, who is now pregnant with Jay’s child.

Brian’s world crumbles as his relationship with Jay falls apart and his friendship with Olivia is destroyed. While he works to try and put his life back together, Brian is relentlessly pursued by Sean. But this time Brian doesn’t turn him away, and the two begin a relationship that helps Brian get over some of the heartache he’s suffered.

After a while, Brian also reunites with Olivia, and becomes a kind of surrogate father to her newborn daughter. The baby helps him hold onto Jay in some small way. Even though he and Jay are no longer a couple, Brian still longs for his former partner.

But when Jay reappears in Brian’s life, Brian discovers he isn’t quite ready to forgive and forget. While he still loves Jay, will he ever be able to trust the man again? 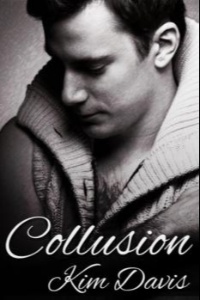 Sean Gluski walked into my classroom while I was packing my things to go home after my Thursday evening course. Being alone with him again made me uneasy. We hadn’t spoken since our unfortunate encounter in the men’s room the week before spring break. He’d skipped classes entirely the week after the break and also missed this Monday’s class before finally showing up late (and leaving early) for Wednesday’s. I looked at him standing by the door dressed, unfortunately, in his usual attire of a dark-colored jacket, plaid shirt, jeans, and Vans.

“What do you want, Sean?” I asked as calmly as I could.

“I just wanted to say again that I’m sorry,” he said, approaching me. “I really am.”

“Fine,” I said, slinging my messenger bag over my shoulder. “Apology accepted.”

“You didn’t tell anyone what happened, did you?”

A frustrated look crossed his face. “I feel like I need to explain --” he started.

“You don’t need to explain anything,” I interrupted. “Let’s just put the incident behind us and finish the semester, okay?”

Sean stepped in front of me as I headed for the door. “Please don’t be mad at me.”

I sighed. “I’m not mad. Look, I’m flattered that you have feelings for me, but I’m your teacher.”

“I still wouldn’t have anything to do with you.”

“Why? Because I’m not tall, blond, and handsome like Jay Tanner?”

Sean’s description of Jay made me laugh. People loved to describe him based on his looks alone, like he was devoid of any personality. “He’s a walking Ken doll,” Olivia told me once. Yes, he was a good looking man, but he was also charming, funny, and loving (most of the time), but rarely was he described in such terms. It was always Jay, the cute blond guy or Jay, the sexy weatherman.

“It has nothing to do with how you look.”

“So what? I’m not a child, so I wish you’d stop treating me like one.”

As I moved past him to leave the classroom, he told me, “The semester ends in six weeks.”

Just walk out the door and leave, Brian, I silently told myself. But I couldn’t. I turned to Sean, thinking maybe I’d misheard him.

“When the semester ends, I want you to fuck me,” he repeated, lowering his voice this time. “You won’t be my teacher then, so you won’t have to feel weird about it.”

“You’re crazy,” I said before leaving the classroom.

Sean followed me out of the building to my car parked in the lot behind the administration building.

“I meant what I said,” he told me as I unlocked my car door.

He leaned into me and whispered, “If you don’t fuck me, I’ll just lie and tell everyone you did.”

I stepped back. “Are you threatening me?”

“I just want you to take me seriously.”

I threw my bag onto the passenger seat and got into the car.

I watched him hold up six fingers as I drove away. My own hands were shaking as I gripped the steering wheel. The nightmare scenario I’d envisioned was coming true. Sean Gluski was threatening to accuse me of sexual harassment.