ALL PROCEEDS FROM THIS VOLUME GO TO CHARITY! 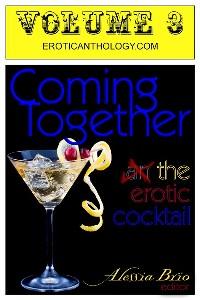 From "Encore" by Dave Edgar

A sharp rattle overhead woke her. It felt airy and it was utterly dark. Karen oriented herself; she was in a tent, camping on the Passadumkeag. She'd left Eric in town to go on a canoe trip with close friends: Gene and Justine Dill and the newlyweds, Justin and Sarah. "It must be the middle of the night," she thought groggily.

The rattle repeated itself and settled to a steady roll of rain on the nylon tent fly. Rain! But she had the tent to herself, this trip; all her gear was in the tent with her; it would stay dry. Except for one thing.

"Oh, no, the laundry!" The party had washed their things in the bottom of Gene's canoe, and rinsed in the stream. It had gotten almost dry on the line. Karen got her gumption up and shed her sleeping bag.

"Flashlight!" Naked but for her panties, she felt around for it.

It was suddenly cool in the tent. The rain brought a downrush of cold air with it, which felt delicious. "Two a.m.," she mumbled. The flashlight showed her the pile of slick yellow. "I'll just throw on the poncho and my sandals, it's starting to get serious," she said to herself.

She heard Gene's tent zipper go just as she was reaching for hers. She doused the light and came through the opening carefully.

"Karen?" Gene's soft inquiry was followed by a beam from his light, but she felt sure she was covered all right.

"I'm just getting the laundry," he told her.

"Me, too." The two of them moved along the ropes unpinning and gathering clothes and towels, meeting in the middle. "I'll take these in with me," Karen proposed. "There's lots of room still."

She agreed and he loaded her with all of it. "Thanks."

His helpful beam of light guided her to her tent, but the poncho was caught in the armload of towels and clothes. Gene watched her trim hips appreciatively as she worked everything through the zippered tent doorway and crawled through. The little white panties hardly concealed anything. The image of her body stayed in his mind's eye after he'd shut the beam off.

"Justine's sleeping," he said to himself.

Now, just what did that have to do with anything? Was he considering joining Karen in that tent? Another zipper noise came to his ears.

It was Justin, his wife's twin, poking his head and shoulders out of the blue nylon shell. "The laundry?" he inquired.

"We got it; Karen has all of it in her tent." Gene accepted Justin's thanks and circled the campsite to make sure everything was sheltered. Justin settled in again. He could hear the two newlyweds turn over and speak for a little while, then silence. Karen was still arranging things, he heard the rustling. It recalled the vision of her panties and sturdy legs. She would have taken the poncho off, now, he imagined. The rain drummed on his slicker's hood; his head was in a noisy, isolated space and he debated with himself under his breath as he walked.

Karen was a hot number. He'd dated her for a few months at Bowdoin before she'd transferred; they'd hit it off very nicely indeed. Gene had never met any woman with the sheer enthusiasm for sex that Karen had. The memories had remained fresh in his mind for all these years; he fantasized about them still.

"Karen loved to fuck!" he said to himself. Justine was smart, organized, and practical; she was also a real beauty, by conventional standards much more so than Karen. His wife was a good complement to his improvisational and intuitive nature. But she lacked the verve and spice; Karen had been an innovative and fervent lover. "She just doesn't compare," he summed up, again aloud. He walked to the water's edge.

Clouds, low and complete, covered the sky. There was just enough light from that sky to make out the pale splashes of the rain on the dark stream, flickers of lighter gray all over the surface like the television when the station goes off the air. He stood and watched their pattern but he was seeing images of Karen from the pastKaren stroking him with mink gloves, sucking him in the men's room at Thistles, bent over the hood of the old Volvo to be sodomized. 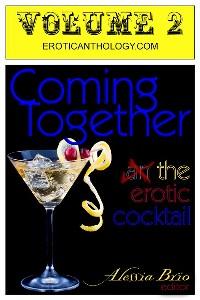 A Thin Line
Emma Hillman
In Shelf
$4.99
Tweets by
sirenbookstrand