A young French girl, as mysterious as she is sultry and her oh-so cute coconspirator ensnare an older man in a web of desire and deceit, seduction and blackmail, fate and forbidden passion. As inescapable as destiny itself, from the moment Jeannette and Helen set their sights upon Lee, there will be no compassion, no mercy; he’s doomed, his fate is sealed. At some point in their lives, many men have fantasized about becoming the object of desire for two beautiful, young girls. Yet, stand forewarned, because that what you wish for may turn out to be something quite different than that what you receive. As rich in emotion as a timeless Greek tragedy, and as fiery and passionate as permitted by law, for one man and two young girls what the delicate strings of fate hold in store for them will be all they can wish for … and perhaps … beyond. When his boss' daughter, and her new French friend, lure Lee into their bedroom, they reveal much more than their passion for each other. A few days after this electrifying and heart-pounding encounter, Jeannette appears at Lee’s office, and cornering him behind his desk, she gives him an impromptu lesson in just how high a French girl will wear her skirt when she wishes to entice the man she desires. The more Lee tries to avoid his fate, the more he seals his destiny as gain and again, this beautiful, young French girl, with the pale complexion and ebon hair appears with her blonde, baby-doll co-conspirator, offering their youthful charms in an attempt to draw him deeper and deeper into their web of ardor and intrigue. A tale of seduction and fate, plotting and passion, driven by the fires of forbidden love. 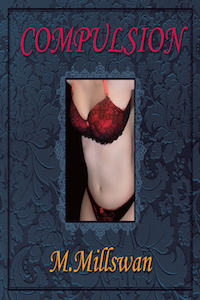