A sizzling anthology that explores all the benefits that knowing someone inside and out (quite literally) can bring to sex and fantasy, role play and power play.

An offering of some of the filthiest couples out there. A baker's dozen of stories about love and lust and exploration, from the down and dirty to the romantic and sweet.

These stories are steeped in succulent pain and tender couplings, because in the world of long-time commitment - the hotter the fire, the longer it burns.Includes works from Alison Tyler, Jeremy Edwards, Craig Sorensen, P.S Haven, Alison Seay and others! 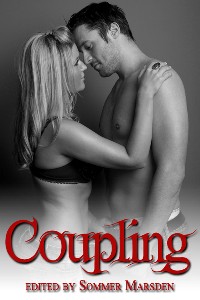 "Yet again Ms Marsden has put together a super sexy, hot, kinky collection that just titillated the hell out of me. Without a doubt one of the best erotica collections that I have read in a long time. If you are looking for some dirty, sexy, kinky smut 100% designed to turn you on…This is it."

"... an excellent book. Coupling Filthy Erotica for Couples has something that will appeal to anyone: bondage, role play, and fantasy. I loved how each story had a different setting and plot to it."

From Pay For It by Benjamin Eliot

The figure behind the curtain who is my wife, shakes and shimmies and says, "Well, company is coming for spring break but at this stage, sir, all paths lead the same way."

She writhes behind that stubbornly translucent but opaque curtain like a feminine serpent. My cock is hard, I realize and I grin.

"To the open door," my wife, who is now Aubergine, blackmailer of chores and work and horniness, slides back the curtain and shakes her money maker for me. I reach out and she freezes. "No touching the girls," she says kindly but firmly and I retract my hand.

She turns and I realize that very softly the shower radio is playing. One of those stupid cheap little numbers that hangs from the shower head. It's dialed to the oldies station and my wife is gyrating to Smokey Robinson. Wow. When did she learn to do that?

Petra turns, presents me with her perfect breasts held captive in a black lace bra. A pair of lace boy shorts covers her lush, ripe ass and yes, she has on low heeled black boots in the tub. Long fishnet gloves that she's had forever but never worn mark a crosshatched path up her long white arms. A garter bisects her left thigh. I have no idea where that came from. The secrets she holds!

I rummage in the green basket and pull out a slip. My knuckles graze my cock and I want to throw the basket out the window and bend her over in the shower and take her. But I can play. She needs me to and I will. "What will you do for...RECAULK THE SHOWER IN THE MASTER BATH?"

Petra hums along to the music. It's switched now to The Four Tops. She takes off one fishnet glove. I'm about to protest but she smoothly wraps it around her torso so that it torques up her breasts. Then she runs it down her freckled, thin arm and rubs it once, twice, three times between her legs like she's going to get off with hit. When the glove hits me in the face I realize that I've been holding my breath. Fuck. 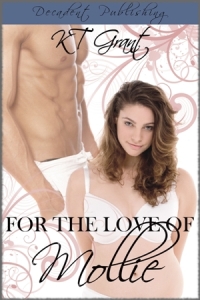 The Choosing
Darcy Sweet
In Shelf
$6.99 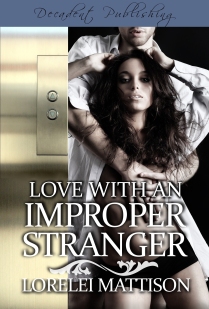