What happens in a small backwater town when serial killers start killing each other? Do the police care, or do they have their own secrets? 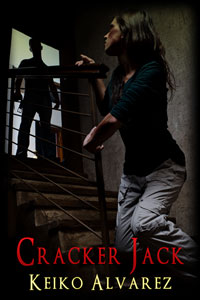 Jack Coletree followed the well-worn furrows of the deer trail through the cedar forest in Trident, Texas. Despite the two rabbits hanging from his belt, he’d love to kill one more, so he had to be quiet. No point in scaring them away. Jack hated rabbits. He particularly hated their concept of defense—stay still, stay motionless, and maybe your hunter wouldn’t be able to see you. Stupid fucking rabbits. Just like so many people he knew. They seemed to think that if they didn’t bother him, he wouldn’t bother them. So stupid.

Jack also hated deer. They were equally as stupid as rabbits, following the same paths day after day after day. All he had to do was wait along a path and pick one off. The next day they’d come along the path again, oblivious to the fact that one of them was missing.

Jack had a lot of hate in him. A couple of terms in the pen for what he considered to be minor crimes had hardened him and, as much as he hated rabbits and deer, he hated people even more. In Jack’s mind, people were stupider than the stupidest animals.

A Remington .22 was his favorite weapon, especially for hunting rabbits. If you used a regular bullet to shoot a rabbit, you’d get a through and through. Use a hollow point, though, and the rabbit would tumble over and over as the shell broke apart. He laughed when he saw the rabbits flip over. Jack was such a good shot he could even kill a deer with his .22. All he needed was the time to focus on that spot right between their big eyes, eyes that reflected empty brains.

He continued walking silently along the deer path until something caught his attention, a noise coming from a clearing a hundred yards or so away. He crept toward the clearing and recognized the sobs of a girl or a woman. Muffled sobs it sounded like. He crept closer still and saw her, a light-skinned black girl with her hands tied behind her back. Her jeans were pulled down around her ankles and a pair of white panties was stretched across her butt. Her blouse, a plaid checkered blouse, was in disarray. Two men stood in front of her laughing. One of them tormented her with a knife, relishing in her fear.

He knew the men—Billy Ray Oliver and Bobby Jones. Nope, he could not let them get away with this. They were amongst the stupidest people he knew and they never, ever learned from their mistakes. He brought his rifle to his shoulder and took aim. A sharp crack filled the air and a second later, Billy Ray stumbled around, holding his head. Bobby laughed until he saw the blood. When Billy Ray fell to the ground, Bobby scratched his ass and looked around the clearing. A few second after Billy Ray hit the dirt, another crack filled the air. Bobby grabbed his chest and staggered a few steps away from the girl. He was still staggering and moaning a bit when Jack came out from the trees.