Crank Me Down (MM)

Sequel to Crank Me Up

Xavier McDay and Marius Rabineaux have been together for a year now. Life has been good to both men, and though at first glance it may seem that they’re too different to make things work, the computer geek and the appliance store worker actually make quite the hot pair. Sherie and Tonya, Marius' daughter and Xavier’s niece, are definitely rooting for the men, and they both hope for wedding bells in the future so they can all be a family.

After a minor misunderstanding, Marius proposes to his “Uncle Cranky” and Xavier accepts. But the stress has only just begun, with finding a house for four, planning a wedding and surviving the honeymoon. That’s a lot to handle for two men who just want to love each other, take care of their kids, and live their lives in peace. But they’ll do anything to get the happiness they deserve. 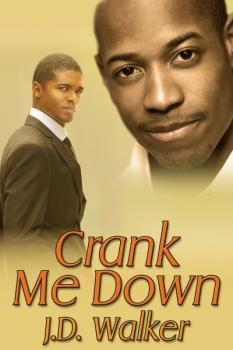 Crank Me Down (MM)

Marius said he loves me ...

I locked the door behind us and came face to face with Marius and Sherie. I kissed my lover as always, keeping the status quo while the girls went ahead of us toward the elevator.

“Morning, love. Everything okay with you?” he asked, a broad hand rubbing my lower back.

“Oh sure.” I lied, but I couldn’t even begin to respond with the truth, whatever that was. “You need a lift this morning?”

“Thanks, but we’re okay. Oh, hey,” he continued as we stepped into the elevator with the girls. “We’re on for the picnic tomorrow. How’s that for a Saturday, ladies? Hilton Park?”

“Yeah!” Sherie yelled, and I felt my ears ringing. Tonya nodded and smiled, though she gave me a look that said, “I know something’s up, but I won’t say anything for now.” She reminded me of Xena, her mom and my twin too much sometimes. I still missed my sister, though she’d died years ago.

Marius and Sherie got out at the lobby level, waving good bye as Tonya and I continued to the parking deck.

Once buckled in, I headed out to the street to take the shortcut to my niece’s school. “What’s wrong, Uncle Mac?” Tonya asked, her voice quiet.

“Why do you think something’s wrong, hon?” I hedged, waiting for a light to turn green.

“Because I know you. When you came back home last night after visiting with Uncle Marius, you looked like you were in shock. Something happen?”

She was too intuitive for her own good. “You’re too young to understand.”

“No I’m not,” Tonya retorted, crossing her arms. “I know all about love and relationships from TV and YouTube. You’re in love with Uncle Marius, aren’t you?”

She huffed. “I’m ten, not blind or dumb, Uncle Mac. You love him, but you’re probably scared to admit it. Did he tell you he loved you? Is that it?”

Fuck. I pulled up in front of her school just in time to not have to answer her question. “Have a good day at school, and I’ll see you later, love.” I leaned in to kiss her cheek.

She sighed, unbuckled her seatbelt, and got out of the SUV. “I love you, Uncle Mac, but sometimes, you’re sooo not with it. Tell him you love him already so that you and Uncle Marius can get married and Sherie and I can have two daddies, officially. Oh, and we want a big house, too, separate bedrooms, and a place for a comic book collection.”

With that bombshell, she grabbed her backpack, waved goodbye and was gone. 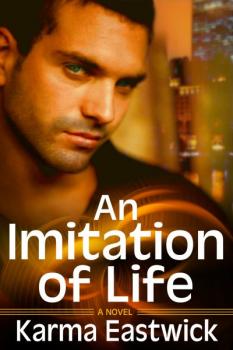 An Imitation of Life (MM)
Karma Eastwick
In Shelf
$4.99
Tweets by
sirenbookstrand